Interview with Ines: about the challenges and rewards of being a youth worker 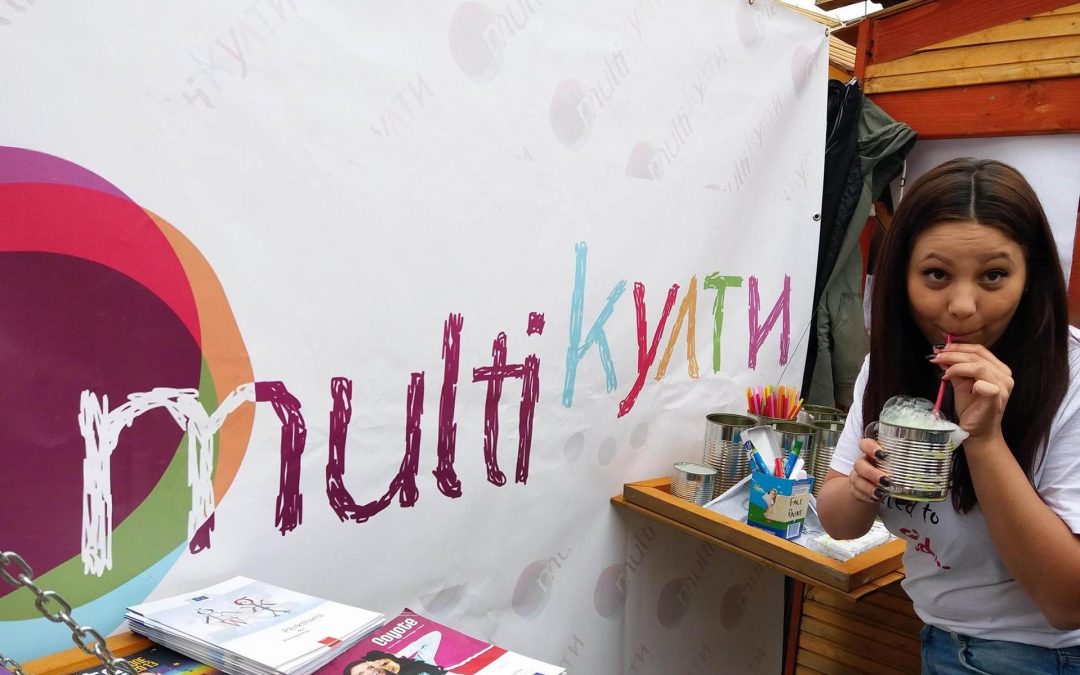 Ines Fetterley, our devoted and always cheerful youth worker, has concluded a rich year of working in MultiКулти.  She is ready to take upon new challenges and to conquer new hights, always with the same passion and dedication. In the meantime, we interviewed her about her experience in MultiКулти and what are the highlights of her involvement in CID:

Ines, how did you start working as a youth worker? What were your beginnings here?

For couple of years I have been living in America. When I came back to Macedonia I knew that I needed a new experience, something different. I was sure that I wanted to work for the community and develop myself as well.
When I joined CID I didn’t know that I would be working in the youth center with children of both ethnicities (Albanian and Macedonian). But at the same time we reopened MultiКулти, so new opportunities arose. Children were very enthusiastic, which gave me the motivation and the will to work with them on a daily basis.

Did you have previous experience in working with children?

I worked in the children centre in America with small children of 2 to 4 years old. I was also working there as a nanny  with kids of different ages and as a assistant teacher in the kindergarden.  So it was not my first experience to work with children, but it was my first time in Macedonia. Children were all new to me and I was new to them . Sometimes it was challenging, but also very enlightening as an experience, especially when you see their will, motivation and enthusiasm. 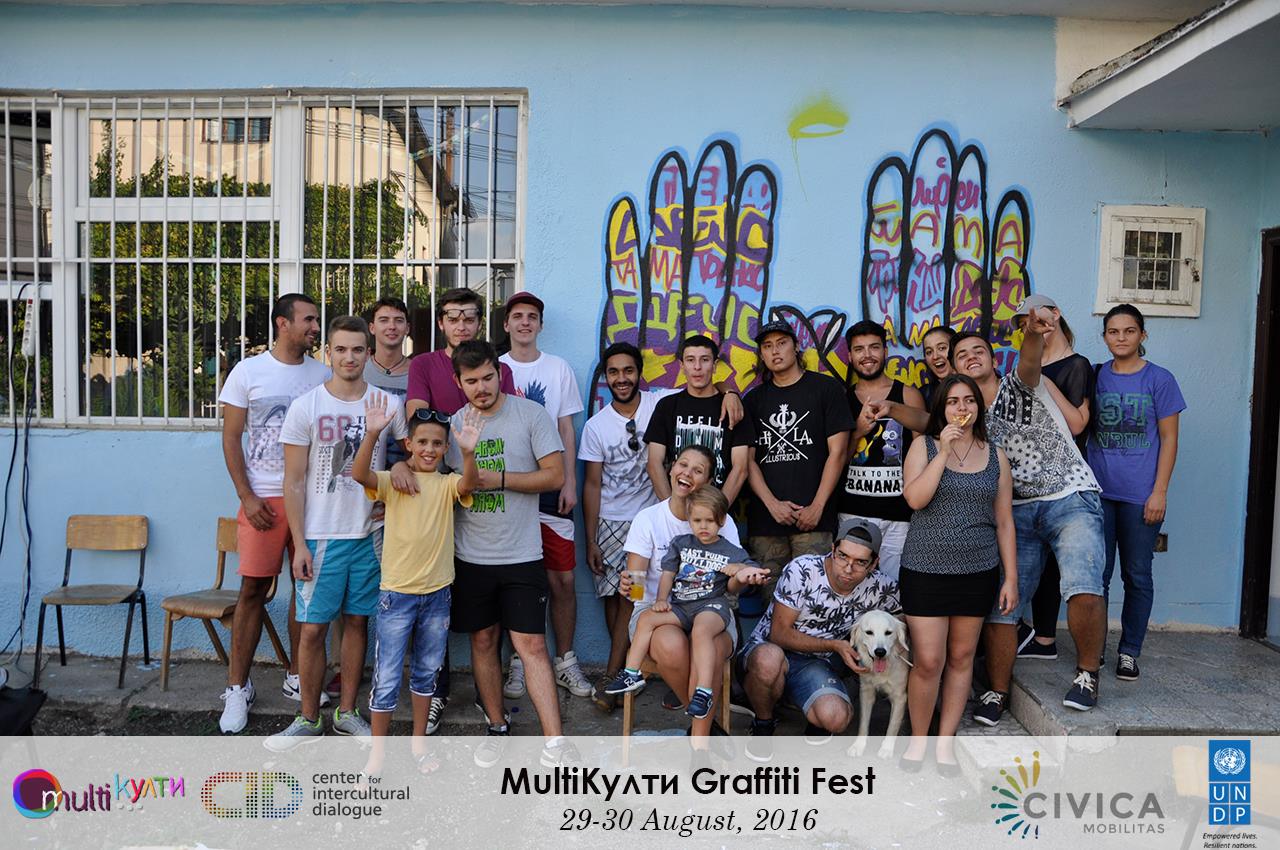 How did your work here differ from the work in America?

It is completely different to work here, because of the mentality and the way the children behave. We have to work a lot on the discipline and resistance to authority, for instance. In America, when I said ‘no’ that meant ‘no’. Here I have to repeat myself multiple times to receive the proper reaction or reply. It took some time for the children to show respect for me, which I could see. Later I have noticed like sometimes they didn’t want to do something, but they did it because they respected me.
But because I used to be so comfortable with knowing that children will listen to me, I liked the challenge here.

Apart from the discipline, did you meet other challenges?

I should mention the language barrier for sure. I didn’t speak Albanian, so the communication with Albanian children was difficult for me. Of course Nami, my coworker, was always here to help me but when I was by myself it was different. Sometimes I was using my hands, legs or facial expressions to express myself and the children did the same. It was this kind of communication at first. Later I developed this system, when I say something in Macedonian, they tell me something in Albanian and then we exchange the words. This way, we found common ground and managed to understand each other a bit better. 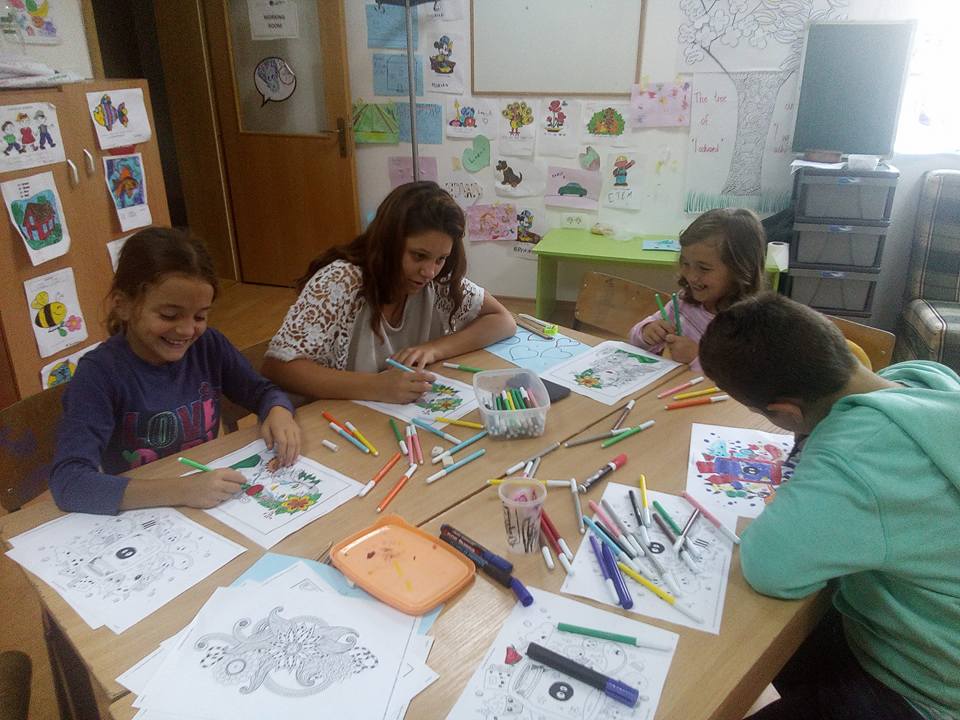 Can you give the example of some difficult situation, which took place during your work?

Bofore I started, I knew there would be conflicts so I was scared that I would find myself in a conflict and I would not know the proper way to react. There have been times when we knew what to do during these conflicts but also times when we had to react sharply with ”enough is enough” and we are not going into it anymore.
There was one time that I remember, when I felt that maybe not personally attacked, but disrespected. Something which I didn’t understand was said in Albanian and no one wanted to tell me what it was. And it was even not that something major was said, but the fact that no one wanted to communicate with me. It took me a while to forget it, because we are here for children and all what we do is for them. We want to make their lives a litlle bit better  and more interesting.  So that was kind of difficult moment for me. But after they came to apologize and I saw that they were geniunely sorry for what they did and I felt relieved. I saw, through their action, that these barriers which kind of kept us apart because of different languages, ethnicities and things like that, disappeared. That was also the moment when I felt that what we do in MultiКулти has some impact, which is hard to notice on a daily basis.

Do you think that they realised their mistake on their own or someone helped them?

I am almost 100 % sure that the influence of the girls who were in MultiКулти when that happened was what led the children to come and apologize. But at the same time, even though it was an influenced decision, it was good. It didn’t come from the outside, but from the group itself – from spreading the words and opinions between them. When advice or reprimand comes from an adult, often they don’t take it seriously. Something that comes from their friends is also a big win for me, because it is part of the discipline and behaviour and opening minds.

What is your advice to the people who start working with youth and children?

Be patient first of all, be proud of the small wins and learn from the defeats. There will be times you cannot suceed in whatever you want, there will be times you will be disrespected, unappreciated for anything you are doing. But there will be also moments when you see a child with another child, whom he bullied before, holding their hands together. These situations make you think that you influenced kids in a positive way.
It is also important to set the limits while working with children and not let them override you.
I would say – set the limits low to gain their trust and respect but at the same time teach them that there are some lines that cannot be crossed.

Did you ‘invent’ your own method or attitude to work with children?

I am strict but I also like to know children more on the personal basis and be someone who they can trust, be confident with and share the things that maybe they will not feel comfortable to share with anyone else. Their confidence is important for me.

Did you learn something new from working with youth in MultiКулти?

It is not that I learnt it here, because I knew it before, but this job set my opinion in stone, that differences are good. Being different is OK. We can always make ourselves richer from learning about other people´s opinions and attitudes.

What will you miss the most?

The children, of course.

We wish Ines the best of luck in her new endeavors and we hope that she will come to visit soon.