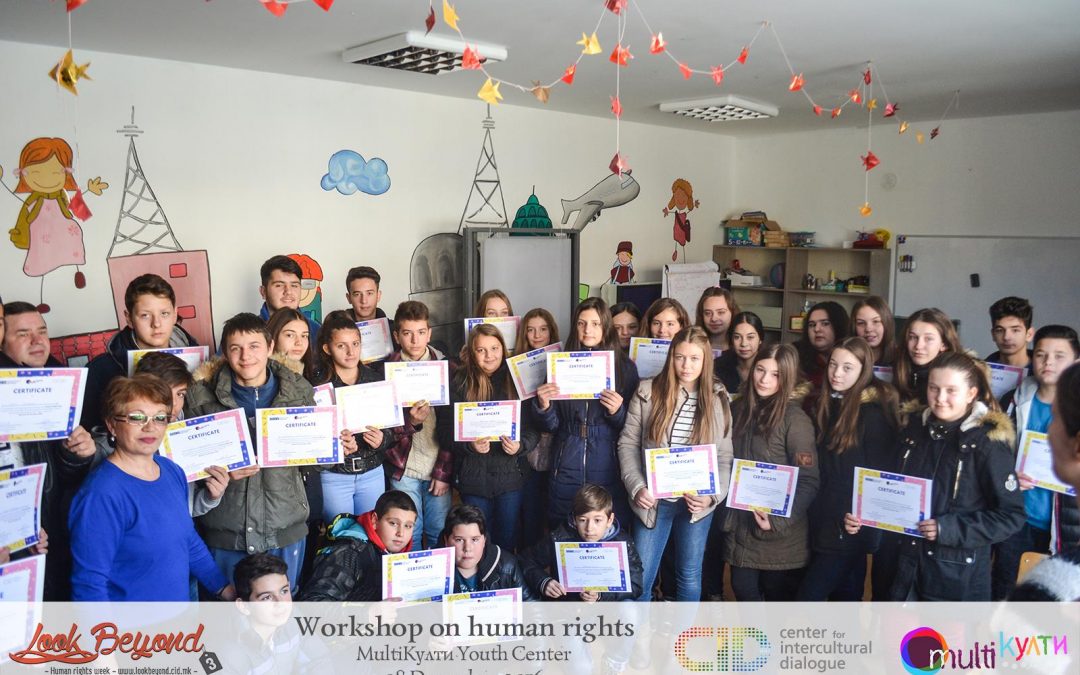 This year we decided to dedicate the Look Beyond annual event to celebrating and raising awareness about human rights. Thus the 3rd edition of Look Beyond turned into a week of events organised in Skopje and Kumanovo that focused on discussing, promoting and celebrating human rights.

The week started on the 8th of December, with a gathering of the youngsters who participated in the youth camp held in Ohrid in October. The participants gathered in MultiKulti to receive the certificates of participation and to plan together some follow-up activities. SOme of them are already involved in local advocacy initiatives that are happening in several schools in Kumanovo, Lipkovo, Staro Nagoricane and Slupcane.

The night closed with an event titled Yet another quiz night, which brought back an older tradition of CID to organise quiz nights in the local community. The quiz was held in the local bar Cube. Five teams competed for the winner’s prize and answered questions that checked their knowledge of the 30 fundamental human rights.

The next event happened on the 10th of December, on the International Human Rights Day. The event, CUBE:The Exhibition, was held in the Cultural Center of Kumanovo as a presentation of outcomes from the workshops held in MultiKulti throughout the Autumn season. The participants of the workshop organised an exhibition of posters and a strip story, showed an environmental video that will go on an international competition, presented short sketches on social issues and played a motivational song.

At the same time, in front of the Cultural Center, the volunteers organised a flashmob in the spirit of the new craze on the internet: the Mannequin Challenge. Except, rather than freezing in a regular pose, the volunteers froze in poses that portray a breach of a human right or how a human being can enjoy a human right. The video is available below:

The day finished with a performance held in Krusevo. The performance, titled The Audition, was played and prepared by young enthusiasts from Kumanovo, willing to try out their theatrical skills, aided by a renowned actress from the Kumanovo Theater, Keti Doncevska Ilic. The performance explores various topics of modern society, such as the role of the woman in a family and in community, stigma against minorities (the Aromanian minority), challenging the status of the men as macho creatures and the human being’s condition of lacking real connection. The performance is a huge success in terms of theatrical portraying of the characters, preparation and visual effects.

Finally, on the 17th of December, in Skopje, a meeting of all the alumni from the No Hate Speech schools and other activists in the campaign happened. The meeting was held by Matej Manevski and Florim Rexhepi, both trainers during the schools. The aim of the meeting was to gather together all the participants and share the results of the actions that they implemented in their communities, but also to plan future actions and identify what kind of support they need.

You can view the photo gallery from all the events here.

CID is pleased with the results of this edition of Look Beyond: our projects are creating multipliers all around Macedonia and are laying the foundation for a long-term impact. Such a result is worth celebrating, because this is how we maintain our motivation to act and to dedicate ourselves to the community development. 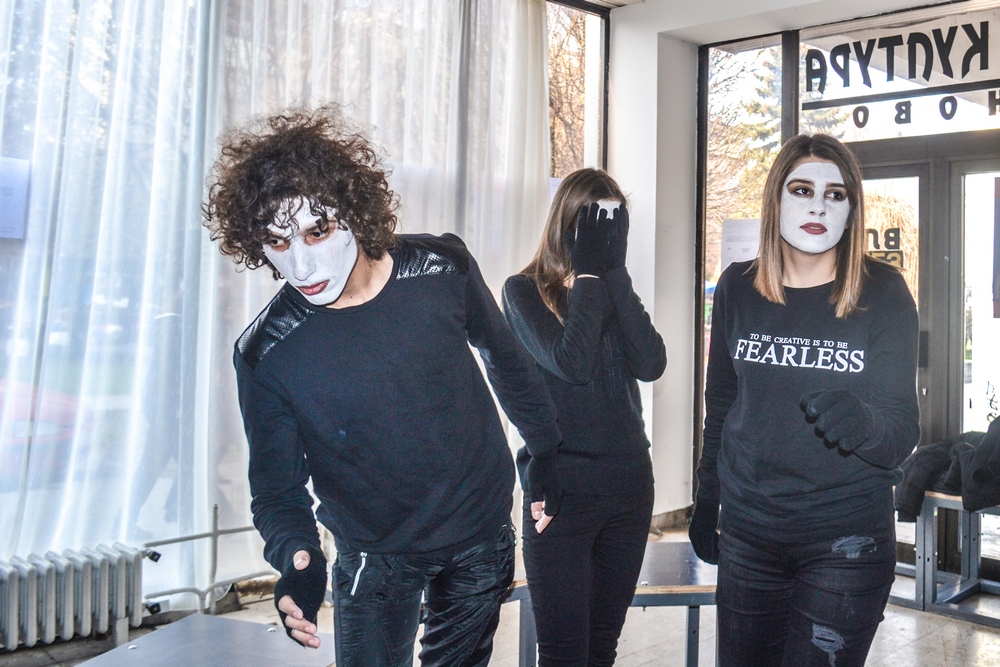