Motiv8: Women in Code workshops – make some space for our coder girls 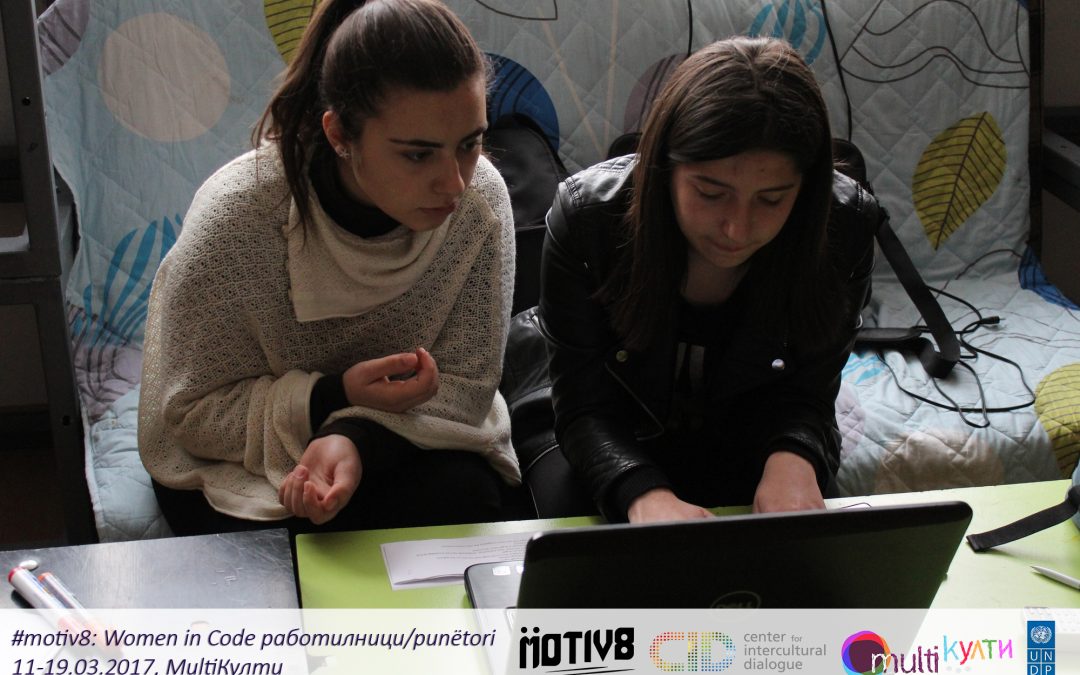 In a sector that is still predominantly masculine in Macedonia, encouraging young girls to even consider the possibility of studying programming is an imperious need. Not just because gender equality is a value that has to be reflected in all layers of society, but also because IT is one of the most popular sectors on the job market globally and empowering women to have the same right with men to compete for these jobs could be addressing a challenge of the future. So how do we empower girls to consider a career in IT? We teach them to code.

For two weeks (between 11th and 19th of March), a group of 15 girls met in the MultiКулти youth center to learn the basics of coding. Initial expectations of the group were diverse: some girls had reservations related to whether this is something they would find interesting; other girls saw it as a new challenge that was worth exploring.

During the four weekend workshops the facilitators (Viktorija Manevska, Milena Dimovska, Elena Jakimovska) prepared a program that was meant to be both educational and fun. Yes, coding can also be fun, apparently! On the first day, the girls were working on designing a simple chain of steps that would make a robot to complete a task. On the second day, divided into smaller groups and working on their laptops, the girls were playing games available online that explain in an accessible language the basic elements of coding.

The second weekend was dedicated to exploring the MultiКулти online platform. Intended to be used by young people as a tool for self-expression and for individual/group learning, the platform offers a variety of options, from visualising events/photos/news to answering questionnaires, commenting on topics and participating in online courses. 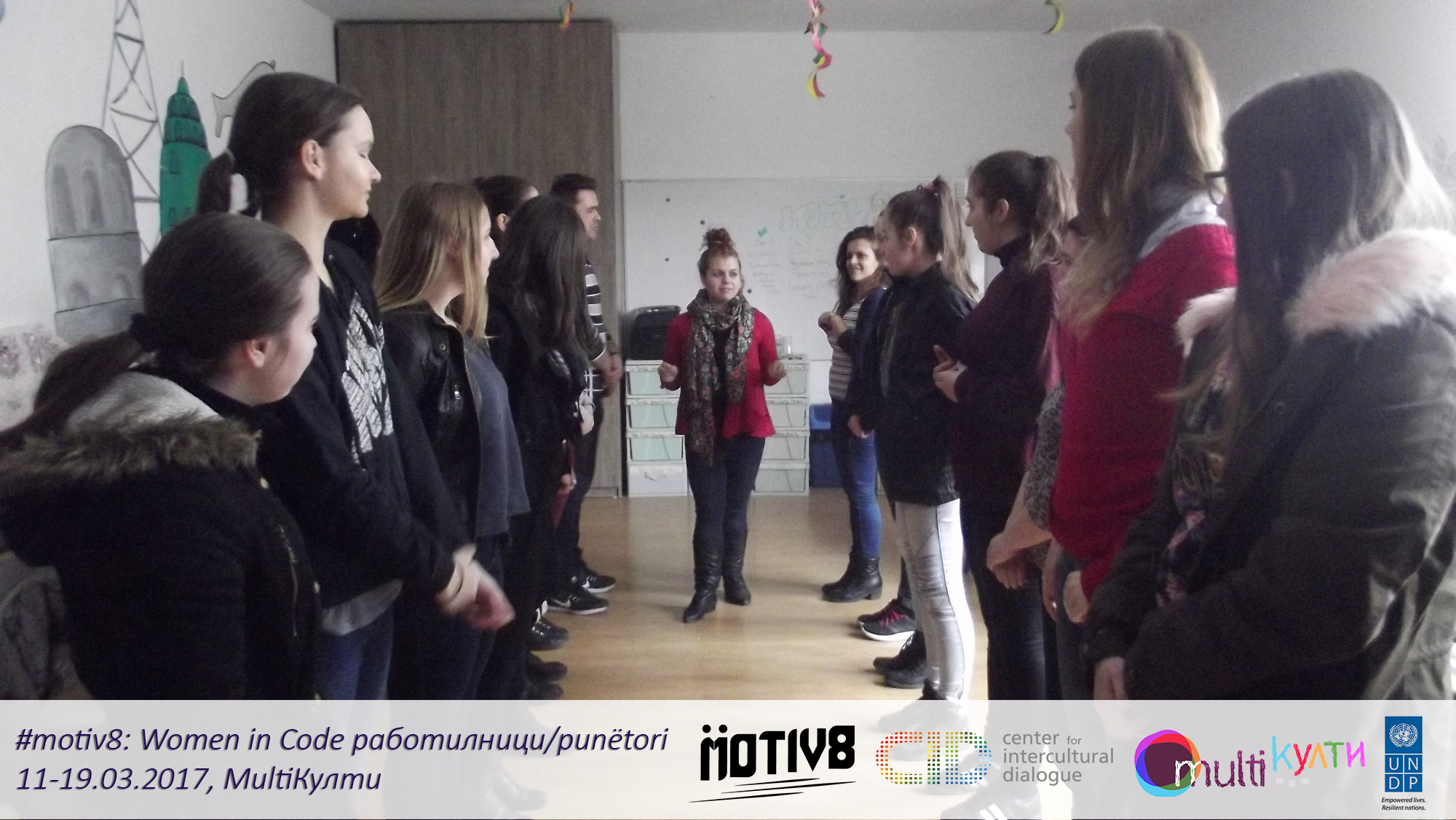 The girls were shown how to use the backend of the platform and practiced by adding content on the website, in the sections events and news. The website is managed both in Albanian and Macedonian, so the intercultural element was also present in the exercise.
Finally, the group designed an online course for introduction to coding, that is available currently on the Moodle platform connected to www.multikulti.mk. The course compiled all the materials used during the workshops by the facilitators.

The results of two intense working weekends? Grown enthusiasm for exploring the possibility to embrace a profession that is still widely believed to be a ”man´s job”. Not only did the girls learn about the basics of coding and what to expect if they choose this career path, but they closely interacted with the facilitators, all successful coders working in IT firms, who shared from their experience and encouraged the group to be confident if this is the career they want to follow, because women can also code and they do it with class!