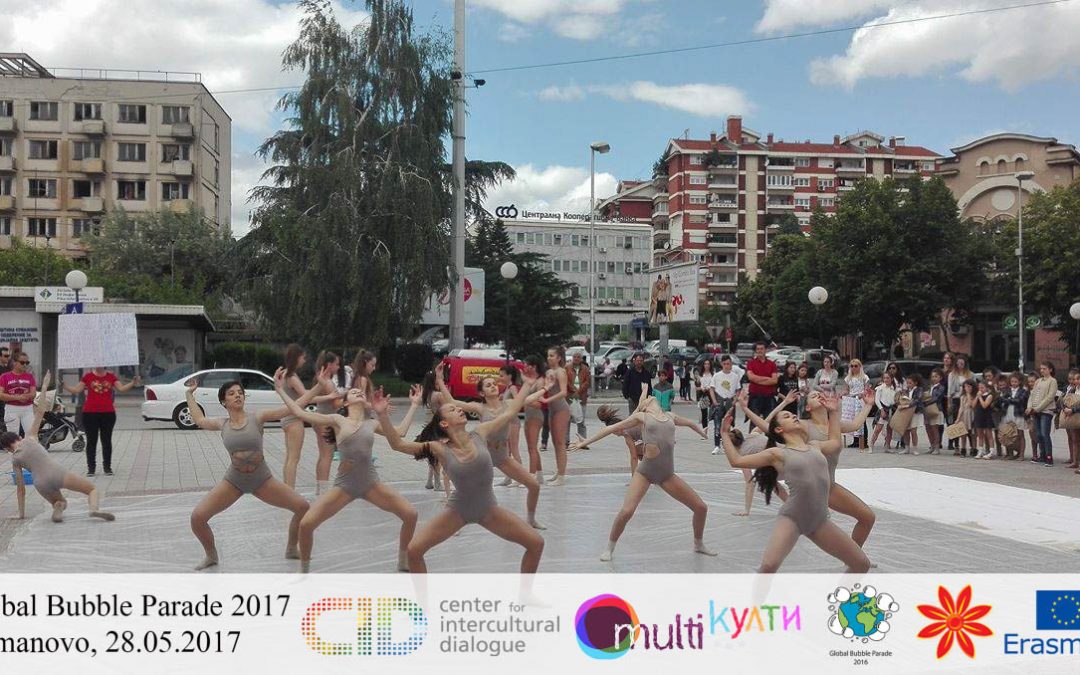 In CID we believe that learning and having fun go hand in hand. For the second year in a row, on the 28th of May we celebrated one of the most colorful and enjoyable fests of the year – the Global Bubble Parade.

The people who came to the main square of Kumanovo on Sunday enjoyed a programme composed of several activities. It started with a dance performed by our friends from Fusion Dance Studio. The girls prepared 3 dances that portrayed the tough journey of refugees on their way to safety, with a special focus on the suffering that the children go through. In the background,  the EVS volunteers were holding posters with stories of the refugees from the Tabanovce refugee camp, written in Macedonian and Albanian, to raise awareness of the local population about the harsh destinies of the refugees who are caught up between borders.

After the dance, a flashmob followed, which is part of an international campaign against bullying. The flashmob combined the sign language and dance and involved the local volunteers and the passers-by in a common attempt to promote tolerance and inclusion. 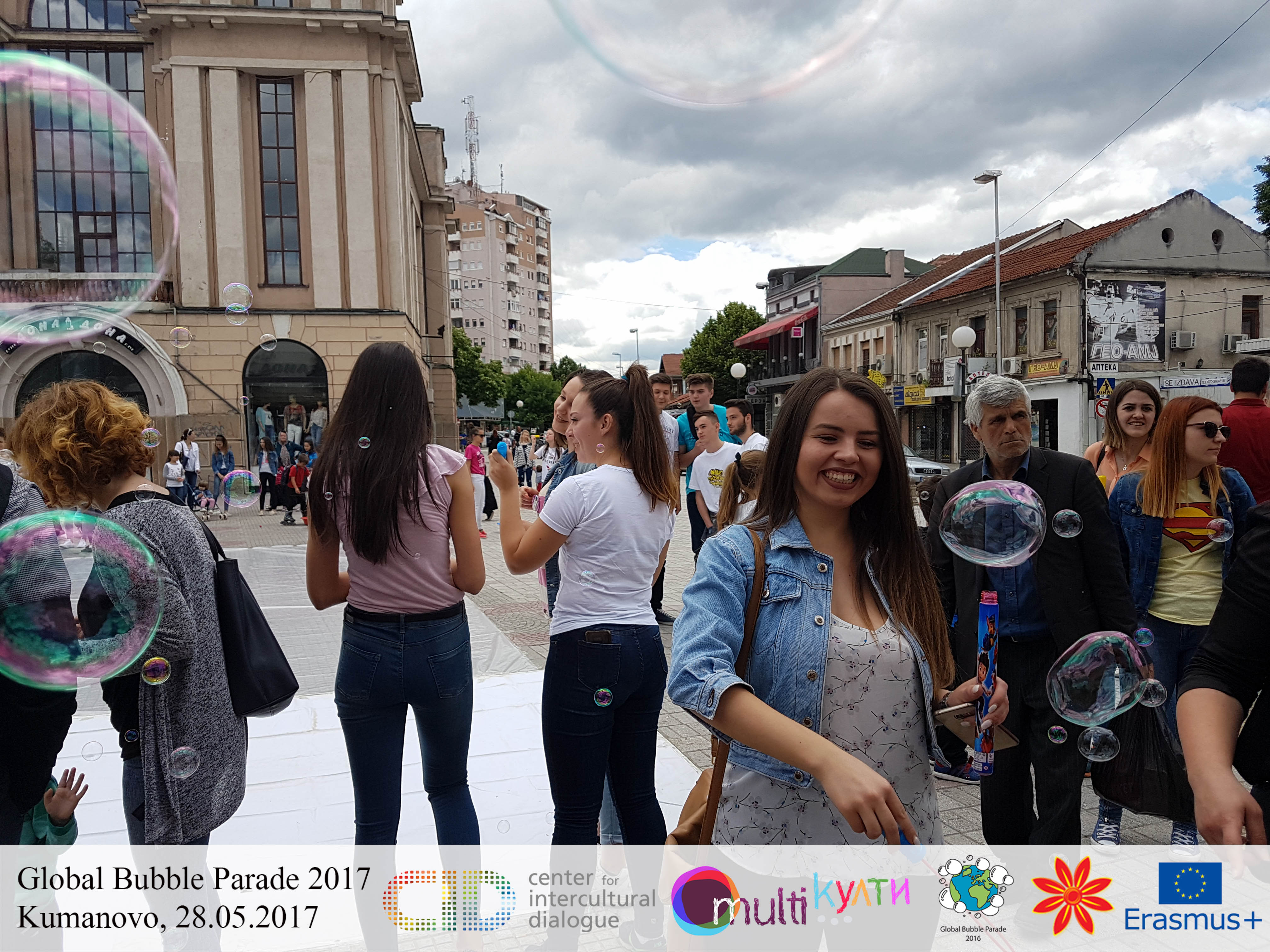 All this show was wrapped in colorful bubbles that were flying on the square. The Bubbles Parade celebrate happiness; we celebrated the happiness of sharing a common vision for a better future; a future in which everyone gets to enjoy their right to freedom of movement, is not discriminated based on their race, sex, ethnic or religious belonging, etc.

Globally the parade reached 100000 people from 100 cities from 50 countries, and every year more and more cities join the journey of happiness. Stay with us until next May and be part of the Globbal Bubble Parade Day!