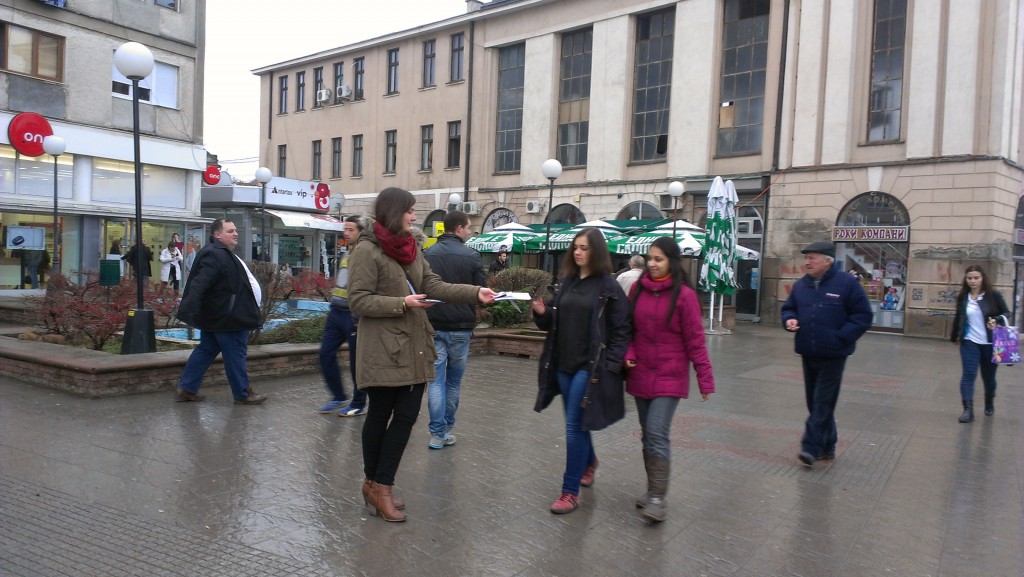 On December 1 the world marks the World AIDS Day. The Volunteer Club from CID organized an action to raise awareness among young people about the risks they are exposed to if they don’t inform themselves properly on matters related to sexual education. The volunteers split into teams and visited several schools in Kumanovo with the purpose of spreading informational materials and having discussions with the youth.

HIV continues to be a major global public health issue, claiming millions of lives yearly. At the end of 2013, 35 million people were living with HIV, while 11.7 million people had access to antiretroviral therapy in low- and middle-income countries. What is important to know is that HIV can be kept under control and people who are infected can lead normal lives if the virus is discovered at an early stage. Our international and local volunteers joined their forces in order to deliver this message to the young generation and encourage them to get informed.

The action covered the high schools Sami Frashıri, Goce Delcev, Nace Bugjoni and the USHT University, as well as the city square. Young people received informational materials regarding contraception, men’s health, safe sex, the HIV test and chatted with the volunteers about the meaning of the action. The Volunteer Club is satisfied with the outcome of their initiative, appreciating people’s responsiveness.

Matthieu Audebert, the French EVS volunteer, shared with us his impressions: ”The action of sensibilisation about HIV was successful thanks to all the people involved in this project. But after the information action, we have to think more seriously about the way to talk about sex in Macedonia. A lot of young adults laughed while seeing condoms. This reaction translates into an inhibition on sex-related matters – an inhibition which prevents the talk (and thus the education) on safe sex practices. More than an information day, it is a real reflexion and evolution that teachers, youth workers and the government have to work on. Prevent the sex talk or prevent HIV, you have to choose.”

A huge thank you to our dear friends from H.E.R.A. for providing us with the necessary support in the entire process.