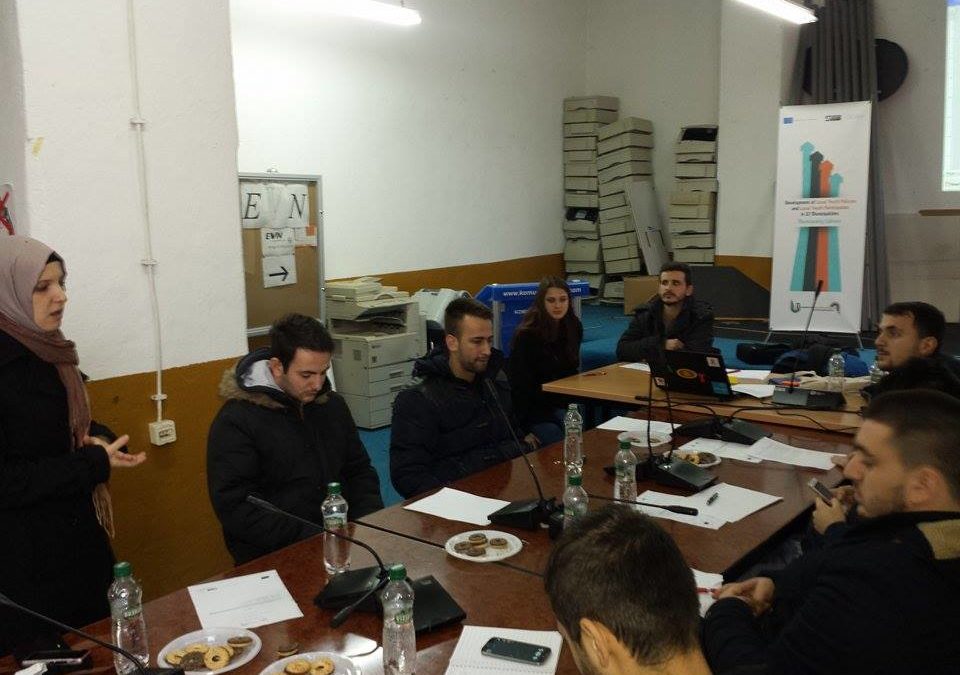 Since 2014, CID in cooperation with the Youth Educational Forum (MOF) is working on a project ‘Development of local Youth Councils in 12 Municipalities’ aiming to develop youth representative structures such as local youth councils and to support participation of young people in decision-making processes.

Strengthening the capacities of local youth structures, establishing formal principles of communication between youth structures and municipalities and       enhancing youth participation and activism are the main objectives of this project.

Lipkovo is one of 12 municipalities involved in the project. It is a rural community with about 27000 inhabitants with a significant percentage of young people. The establishment of a local youth council in Lipkovo will bring a new light in the youth activism for the community, since there are not many youth-led structures that foster the voice of young people.

Through the process of the formation of the local youth council, the municipality welcomed the project and promised a space for future cooperation.

The Assembly of the Local Youth Council of Municipality of Lipkovo (LYC) has 11 representatives from different organisations and youth activists including youth wings of political parties. The founding assembly was held on the 30th of January 2015, on which the members elected the Board of the LYC. During the founding assembly the member organisations also presented the workplan for the upcoming period.

An important upcoming activity is the LYC involvement in developing a youth strategy proposal for the Municipality of Lipkovo.  One of the already conducted activities of the LYC was choosing the best essay on the topic of youth participation, holding a conference for promoting the LYC as a representative body and an event for recruiting new members for the “Youth Club” of the LYC, meant for  youth activists who need a space to meet and develop activities.

The project is implemented by CID and Youth Educational Forum (MOF) and is funded by the European Union.