Local meeting of organisations of Kumanovo: designing an action plan for European accession 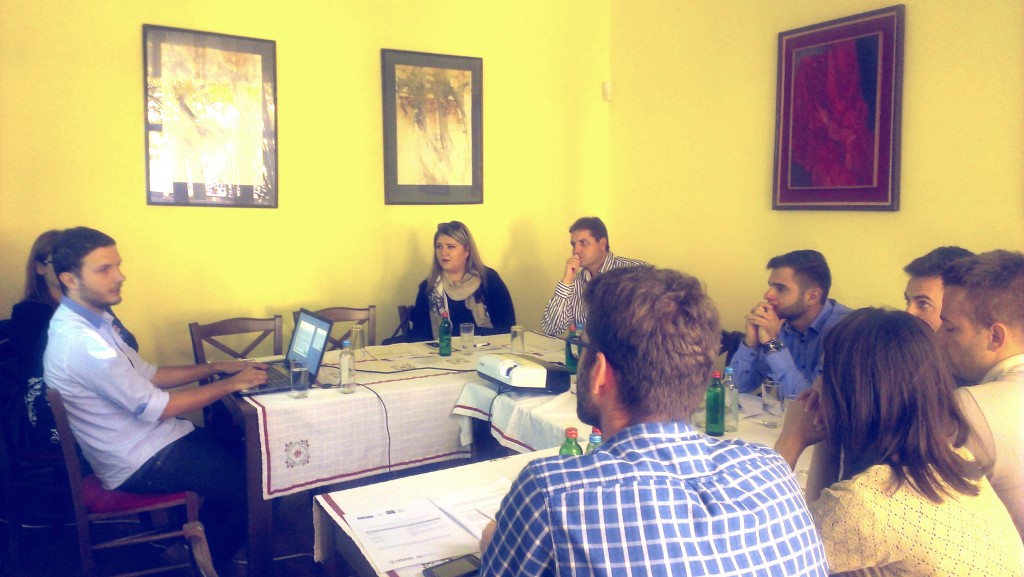 On October 6th CID facilitated the organisation of a meeting in which members of local organisations came together to network and to discuss the participation in a project led by the Macedonian Center For European Training from Skopje. The project, called „Citizens for democratic reforms”, addresses the creation of a new framework for reform, which intends to increase the level of democracy in Macedonia and to use the mechanisms that the European Union designed for the  accession process.

Members from CID, Bujrum, DROM, Visioni M, Glasot na Seloto, Local Youth Councils of Kumanovo and Lipkovo joined the discussion about the proposed activities, which are divided into 5 stages. These activities include training courses held in 6 Macedonian cities, two debates, a campaign on social networks, a bigger training course on a national level and a general conference, followed by lobbying on a national and European level.

The outcomes of the project focus on increasing the capacity of citizens to be active by proposing policy initiatives and monitoring their implementation, as well as creating a non-formal platform for citizens.

Participants showed interest in participating in the creation of the action plan, highlighting the challenges they may face. They discussed the advantages and the challenges that the High Level Accession Dialogue (HLAD) may incur, expressing their concern about the capacity of organisations to keep up with the programme and its objectives. Another question focused on the impact of the project outcomes and how realistic the reforms are, taking into consideration the openness of other stakeholders (governmental agencies, political parties, etc). Following activities are expected to strengthen the understanding of organisations´ role in taking part and to quantify their contribution.