Tour of Tolerance: Is this hate yours? 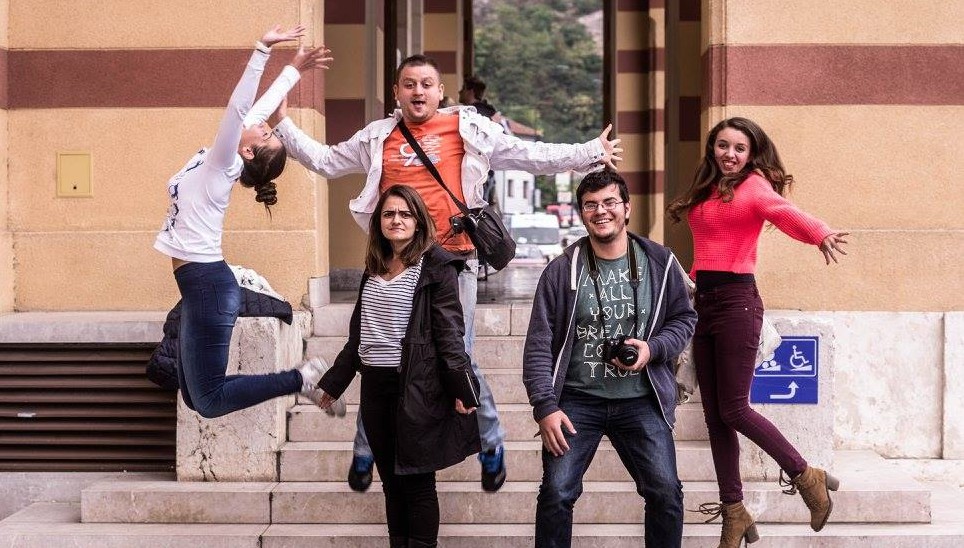 Peace is a fragile construct, one that has to be protected, promoted and cherished. For this purpose, 30 young people from 14 different countries created a beautiful campaign called „Tour of Tolerance: Is this hate yours?” by traveling for 11 days around the Balkans with a street performance and a theatrical play in the style of „Theatre of the oppressed”.

The tour visited the following countries: Armenia, Azerbaijan, Turkey, Cyprus, Greece, Macedonia, Serbia, Kosovo, Croatia, Bosnia and Herzegovina, Russia, Ukraine, Lithuania and the Netherlands. In every country, the theatrical piece was adjusted to the local context, addressing a common conflictual situation and the public was invited to participate in it by replacing one of the actors and influencing the development of the story in a way that addresses hate speech. The tour was organized by Youth for Exchange and Understanding, with the help of volunteers from all the above-mentioned countries.

Sara Ilic, a member of the CID Academy, was part of the team that travelled around the Balkans. Here are her impressions about the project:

”My share in the project became a great experience in my life. I was an actress, a joker and I was also involved in the street performance. I  loved that I got to share my input with the whole group about my experience in theatre and I also got along pretty great as a joker, since I’ve never done that before. The reaction of the public was the most fascinating thing for me: after each forum, we saw the opinion and reactions of people and how they would handle such situations, and the way in which they contributed to the project was amazing. Having them laugh and enjoy what we’ve prepared was an excellent outcome. That was the thing that I liked the most about this project: To see other people communicating and getting a valuable lesson, being moved by a group of people which isn’t so different from them. The team was actually working as one, which is, I believe, the strongest feeling that I got out of this project. If we didn’t work as one, we wouldn’t be able to reach that many people and pursue them to feel with us. To feel the love and the peace was one priority that we set up to achieve and the results are very satisfying.”