Preparing Facilitators for the MultiKulti workshops 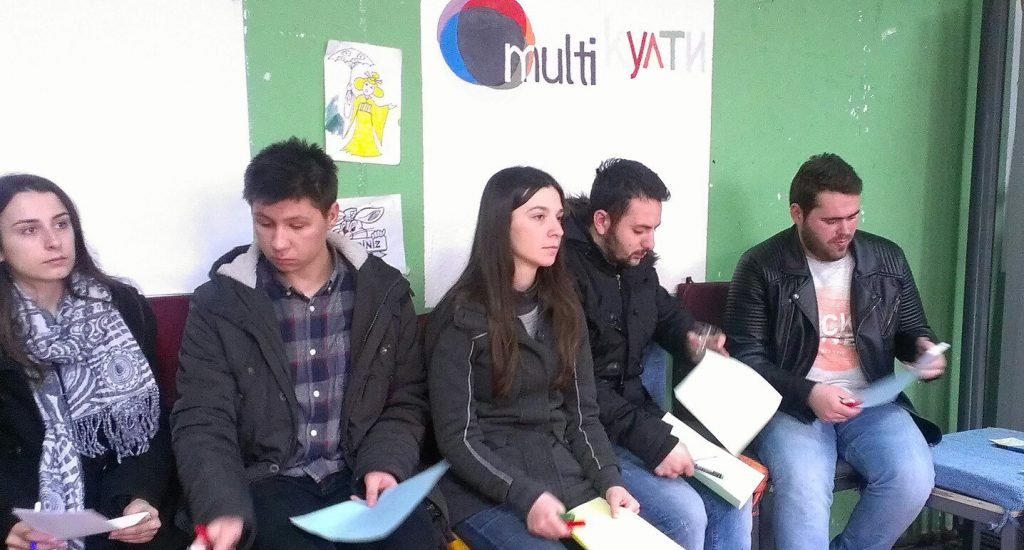 Following the great outcomes of the CUBE project and the interest of young people to join, this spring CID is launching the second season of the CUBE workshops.  In order to offer even better service and facilitation, CID prepared a series of workshops for the facilitators that would manage the workshops.

Between 12th and 27th of March, the facilitators were gathering in the premises of the MultiKulti youth center to follow a series of training courses, led by Stefan Manevski and Lindita Rexhepi. The participants were coached on the topics of intercultural learning and facilitation, the multilingual approach to holding a workshop, conflict management and effective communication, etc. The final step of the workshops included the possibility for the participants to develop a short activity and implement the newly learned techniques.

Arta Abduli, one of the facilitators for the Photography workshop, shared with us her impressions from the training course:

”I joined these trainings because I applied to be a facilitator for the April-June workshops in MultiKulti.  By attending the trainings, I gained new perspectives and learned many things from both trainers about how to be a facilitator for a workshop. I understood that it’s not easy to hold workshops without previous experience and without the necessary preparations.”

The workshops will happen in April and May and will be held in Albanian and Macedonian. Like the previous time, the products created during the sessions will be publicly presented on an open day, at the end of the workshops.