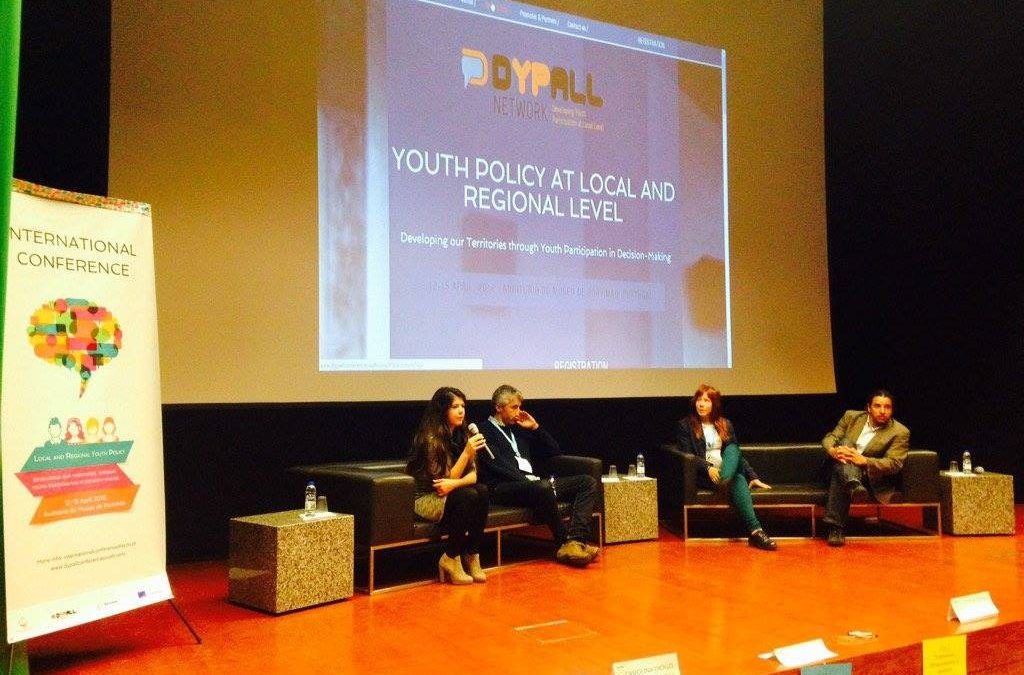 Last year CID became a partner of an ambitious project called DYPALL Network – Developing Youth Participation on Local Level. The 2-year project intends to create a network of partners (both governmental agencies and non-governmental organisations) in order to enhance the cooperation between the two sectors for the purpose of promoting more participation on local level.

As an actor that is actively involved on local level, CID was very eager to be part of the European-wide project and to share the experience that the organisation has acquired in the past 10 years.

Between 12-16 April 2016, a conference took place in Portimao, Portugal, with the aim to offer the necessary space for sharing good practices and for building new partnerships among various stakeholders. During the discussion panels CID presented the initiative of creating Local Youth Councils in 12 municipalities in Macedonia, opening up the discussion about the importance of cooperation between civil society organisations and decision-making bodies. Other presentations included initiatives implemented by the Portuguese Municipalities to address unemployment, segregation, migration, disenchantment with politics, etc.

At the same time with the conference, a steering group meeting took place, involving the 5 partners who established the network: Cooperativa ECOS Portugal, AGU Youth Factory Turkey, CID Macedonia, For Active Society Latvia, and ADYNE Netherlands. The meeting looked closer at the objectives for further cooperation, discussing the ways in which the network should develop and how it could more efficiently encompass all the stakeholders.

The conference was a success – over 50 representatives from municipalities, schools and NGOs from all over Europe gathered in one place and discussed the possibility and the need for closer cooperation. As a follow-up, several partnerships were already established, and everybody is looking forward for the next steps in strengthening the partnership.