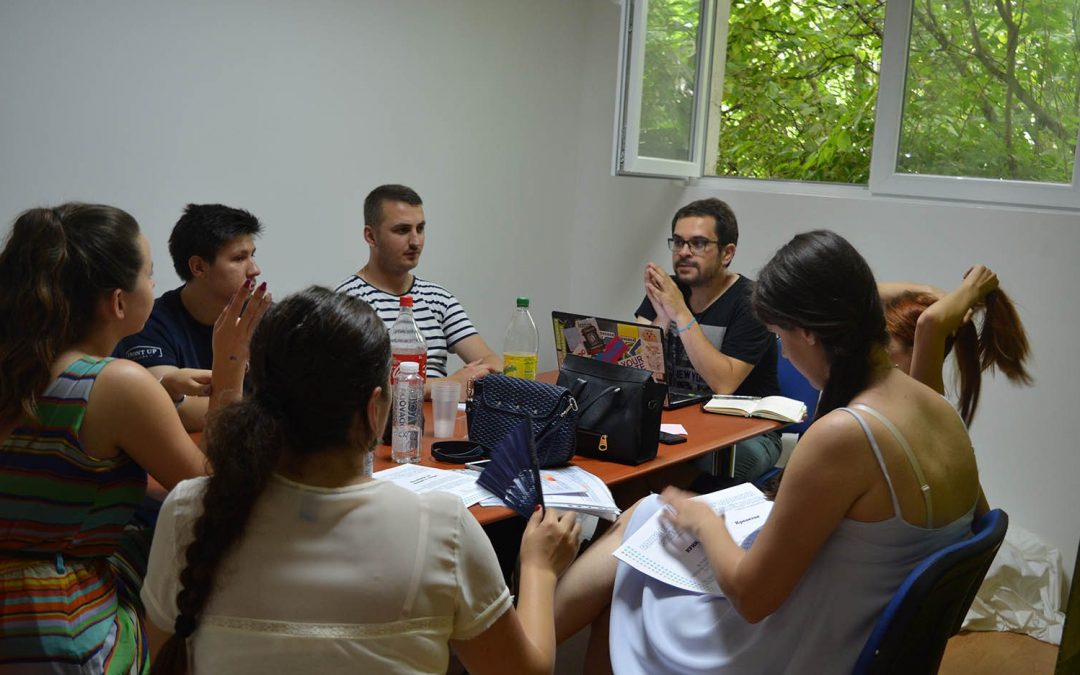 During the General Assembly of CID, held on the 24th of June in the MultiКулти youth center, three working groups took place simultaneously, on the following topics: media visibility, membership and international representation and internal/political status of the organisation. The general assembly gathered around 35 people who are actively involved in the life of the organization: staff, facilitators, collaborators, volunteers. It was important to have volunteers and collaborators and even former staff present in the working groups in order to get a more complex view on what impact and visibility CID has in the community and to develop measures and proposals that would genuinely represent the organisation with various target groups.

The group working on internal/political status discussed the need for CID to adopt a strategy on reacting to different events/happenings on local and national level that have a social or political nature.

The group that tackled visibility explored the target groups that CID is addressing and how these target groups are being reached, discussing as well the need to diversify the beneficiaries that CID is working with at the moment. It was important to address the fact that at the moment CID is focusing solely on youth and on representatives of youth organisations. What we need is to develop a strategy that addresses adult target groups in order to promote the initiatives that offer adult education/training/aid in finding a job, etc. Stronger cooperation with local authorities and universities was also pointed out as an aspect that needs more attention from us, since our programs are increasing their scope and impact and thus trans-sectoral cooperation becomes more and more relevant.

Finally, the group that worked on membership created a strategy on how membership should be assigned, how many categories should be developed, what are the rights and responsibilities of  members, etc. It was considered a necessary step to implement, in order to gratify our volunteers and to strengthen the feeling of belonging and identification with the vision of CID. The results from this working group will serve for the development of a membership card which will be created and offered to CID members until the next General Assembly.

The recommendations from the working groups are being analysed and implemented in the period until the next General Assembly, so that specific objectives can be measured and assessed in this given period of time. This involves creation and dissemination of promotional materials, increasing the number of meetings with representatives of other sectors, increasing our presence in the local media, etc.