Neal represented CID at the international committee meeting of SCI 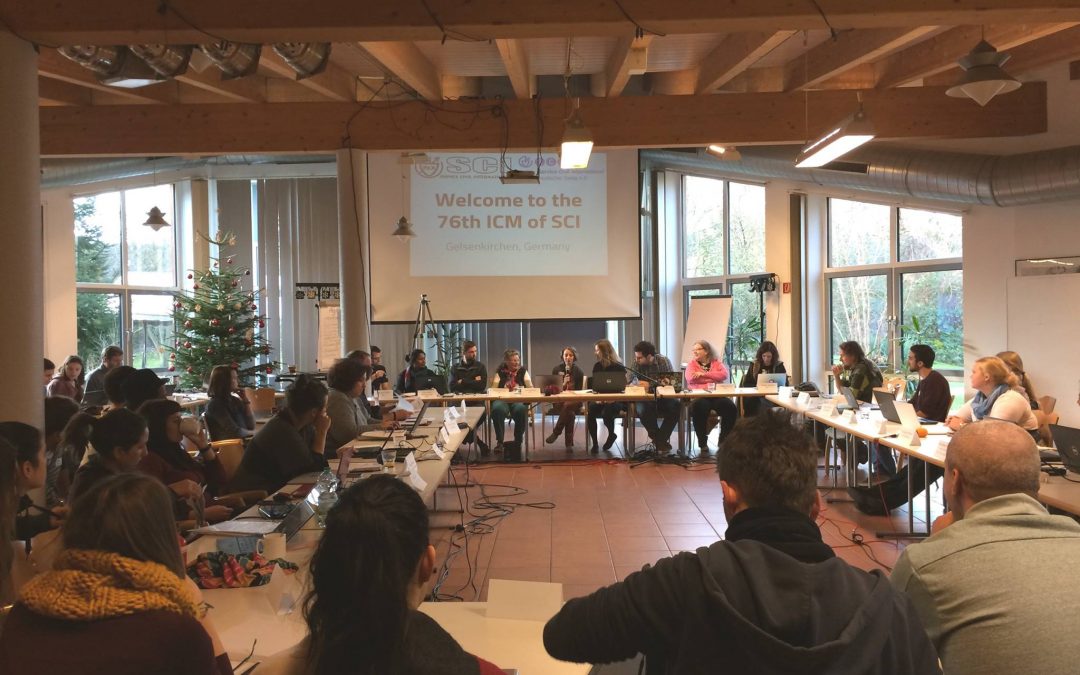 Between 8th and 11th of December, Neal Raimi attended the International Committee Meeting of SCI – Service Civil International. The 76th meeting was held in Gelsenkirchen, Germany and gathered branches of SCI from around the world.

For 3 days, the participants discussed and approved the Action Plan for 2017, the budget for the upcoming year, as well as voted for the new president. At the moment SCI has 45 branches and several organisations that are members.

Neal mentioned that, from all the activities of the meeting, she would highlight the workshop “Reinforcing SCI peace message: strengthening SCI internally and reaching beyond”:

The simulation that we did was very interesting it help the group to get to know each other and feel more comfortable sharing our stories and experiences. It was a simulation about getting familiar with problems all around the world and to make it clear that SCI works on these problems and even though many of us are far from them, they do exist.  Since CID is not a full member of SCI, we couldn´t vote, but I believe that after this meeting we would like to become a full member.CID has reactivated its activity in the SAVA working group and is eager to participate in making partners and implementing projects and activities in the framework of SCI. We would like to congratulate the newly elected President of SCI, Malgorzata Tur, and wish her a productive and lighthearted term.”