Motiv8: the artist in us – what does it take to be an artist? 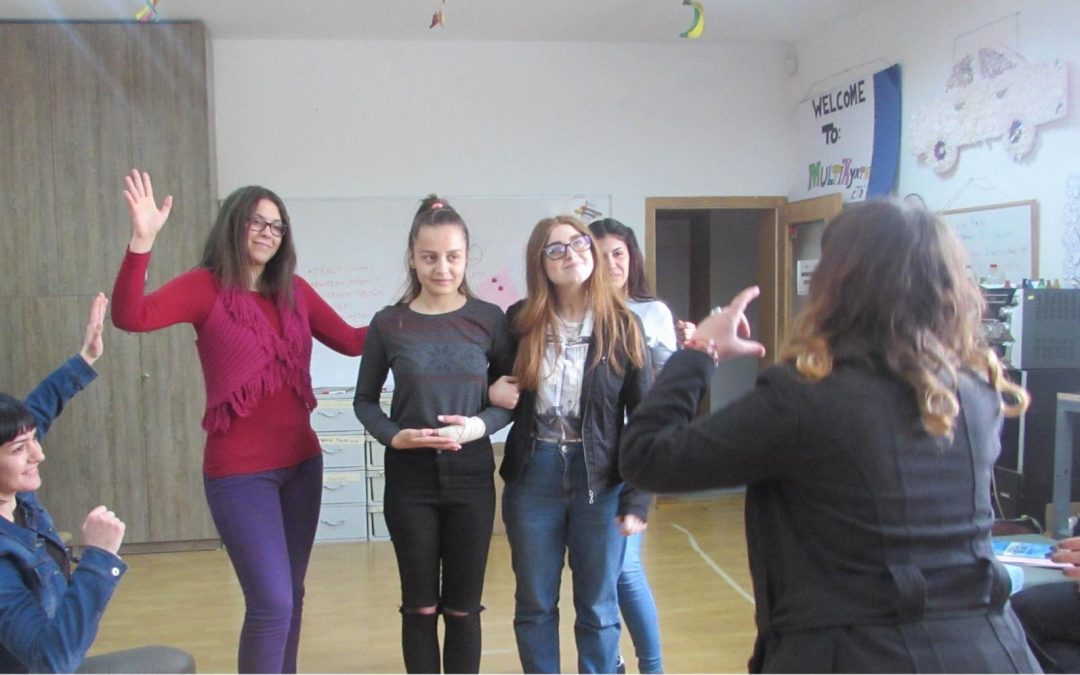 Following the success of the #motiv8: Women in Code conference, which encouraged girls and women to explore the opportunity of pursuing a career in IT, a new series of workshops was launched, this time on the topic of arts. April is the month dedicated to arts and we are celebrating it by inviting youth to find out more about one of the most beautiful and popular arts:  acting. Without targeting any specific gender group, we ended up having a group of girls only this time again – which indicates that our effort in empowering girls to consider various careers had a positive impact.

As part of the #Motiv8: The artist in us, for two weeks, a group of 10 girls from Albanian and Macedonian high-schools gathered in MultiКулти during the weekend to learn more about a profession that fascinates them: acting. Driton Vejseli and Aleksandra Mihajlovska, the facilitators, had an introductory session on the Image Theater as a method to tackle social issues through strong visual images.  They practiced their improvisatio skills by doing the Newspaper Theater and the TV channel switch exercise.

While it was important for the participants to learn that it takes a lot of practice to become an artist and that they need dedication and passion to follow through, they also learned that different elements of drama can be used to convey a social message. For instance, the activities that they did focused on exploring how culture is portrayed in newspapers on national level, what kind of content is being ”fed” as culture to the masses, how much TV influences the preception about culture in Macedonia, etc. Another thing they learned is how they can use Forum Theater to invite the audience to reflect upon social issues. The most common thought circulated amongst the participants was:

” I thought that only those who have talent can become actors, now I know that anyone can do it, with enough interest and patience!”

The participants prepared an interesting performance to show during the conference which will take place on the 25th of April in the Cultural Center of Kumanovo. The conference will also have a panel discussion with local artists from Kumanovo, such as actors, painters, musicians.

The photos from the workshops can be found here.

The project is supported by UNDP Macedonia.