Inka about visiting the refugee camp in Tabanovce 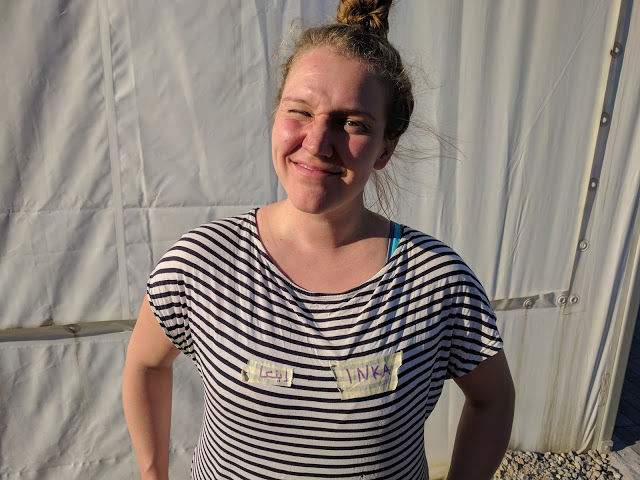 It was a sunny Friday – indeed, there must have been at least 26 degrees, which in my country would mean the lucky days of midsummer. Me and Simona with two workers from the organisation Legis went to the refugee camp for the first time. I personally have never been in one and wasn’t really sure what to expect. Will it be chaotic, miserable, scary? What will the people there think of me and do I know how to behave and act not to be disrespectful towards their culture concerning the parts where it differs from mine? Culture that I’m not too familiar with yet despite of how much I wish to learn? Do I have the sensibility to hear where it is okay to ask and where it’s better just to listen.

Our first visit was mostly just about looking around and getting to know the place a little. We learned that there are not that many refugees anymore at Tabanovce camp, maybe around 50. Once we got there I was delightfully surprised to notice that there was a volleyball net and tables for ping-pong table and that people wanted to play with us. After playing for an hour or so we sat down and started to just chat with people. We were talking about where we’re from and where are countries are located. One man from Iraq started playing songs from his country as well as from ours while his wife offered cake she had made.

The atmosphere was really cool, relaxed and friendly. You couldn’t really see any of the pain, fear or misery you might have been warned about, but instead cheerful, welcoming people who were there with you ready to share their stories and knowledge as well as willing to learn and know yours. I felt lucky to be able to volunteer here with and for these people. 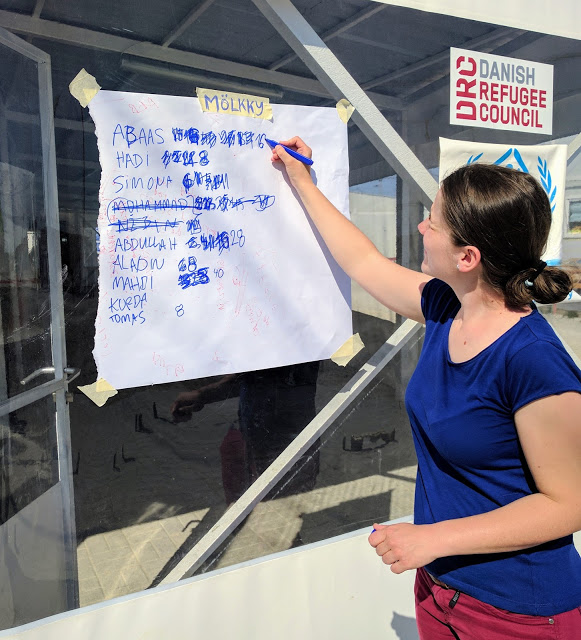