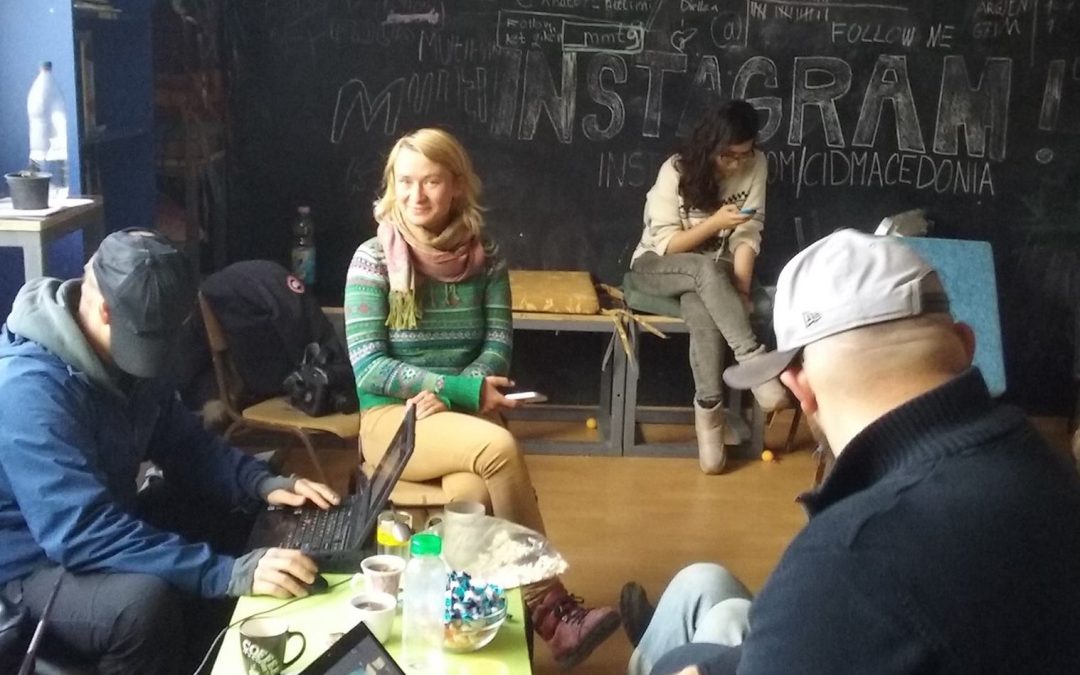 During my voluntary service in Kumanovo, I had the chance to meet the participants of the Civil March for Aleppo, as they spent one night in our center MultiКулти. People from many countries are wandering to Aleppo along the so-called „refugee route”, but in the opposite direction. This is the march for peace, everyone can join it even for a couple of hours or days. People often get back to the March when they can. The record-holder from Germany came back 9 times. The originator and organiser of this action is Anna Alboth – a 32 year-old Polish journalist, traveller and blogger. Now she lives in Berlin with her husband and two doughters – Mila and Hania. Below, you can find a short interview with Anna.

Anna Karnaś: How did you hit on the idea to organise The Civil March for Aleppo?

Anna Alboth: It all started in Berlin, where there were many homeless refugees. We decided to help and we invited three people to our apartment. Later, we helped two of them to find another accomodation and one Syrian man stayed with us. So, the Syrian issue concerned me personally a lot. The man became part of our lives, I heard him talking on the phone with his family from Syria…
I organised the collection of sleeping bags for homeless refugees. I was also following the news about the war, of course.

A bitter pill for me was the information about bombing the hospital in Aleppo, I saw shocking photos and I was crying. I was thinking that it is impossible that there are so many of us and we cannot do anything about this situation. I posted a question on Facebook „What if we go to Aleppo?”.

AK: What was the reaction of the people?
AA: I was totally surprised. I was getting a lot of positive replies not only from friends but also from people from many countries in Europe and the whole world. Of course, there were also negative reactions and threats. But still, I got a lot of support from my husband, mother, children and friends. We started preparing for the march and eventually we set off on the 26th of December 2016. Today is the 117th day, which I can hardly believe.

AK: When will you reach the final destination?

AA: In Aleppo, hopefully, we will be in July or August.

AK: Where do you sleep and eat during the March?

AA: We sleep in: churches, mosques, schools, squats, cinemas. There, we often make presentations and discussions about what we are doing.
We cook together, which is less expensive and we worked out a system of scheduling our responsibilities. It took a while, but now we are really ready for growing. It is obvious that the more people will join the March, the more attention will be focused on us. Thus, more people will speak about the tragedy in Aleppo.

AK: How many people are marching now?

AA: Here in Macedonia, there are about 20 people. But this number is constantly changing. There were 3000 people starting in Berlin. In Greece again, there will be more people. If we will be allowed to enter Turkey, most probably, many Syrian people will join us. This will not be very easy of course. So far we walked about 1700-1800 km. 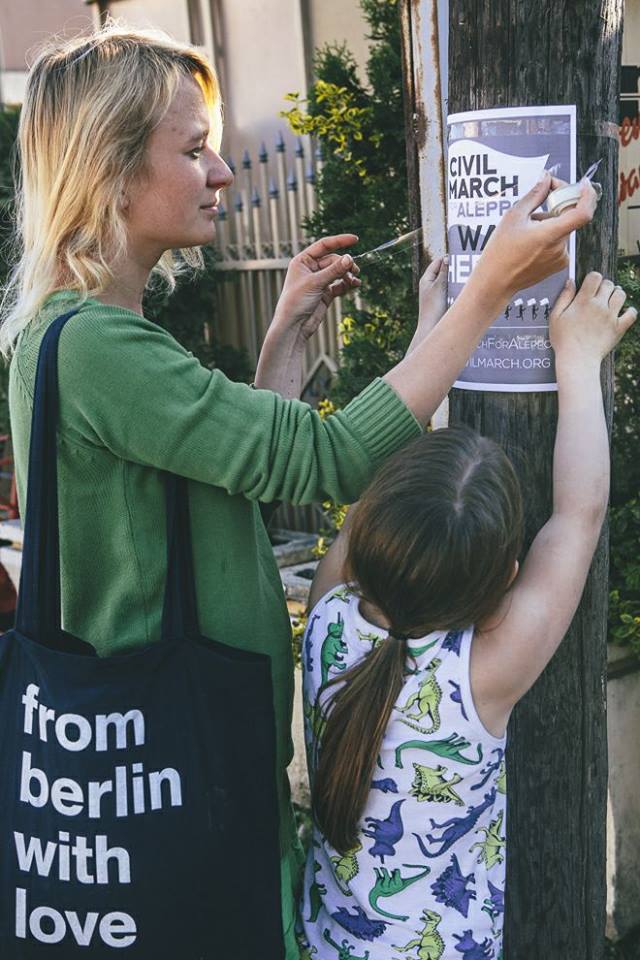 AK: Do you encounter many difficulties during the March?

AA: Sometimes yes. The group is constantly changing, so it has its specific dynamics. Sometimes it happens that a person who joined us for only one day rises a question which can change the dynamics of the group. Some people may then start to wonder if it is really their March. Some may go back home. Also, there are many difficult decisions that we have to make almost every day. Apart from that, there are these problems like bad weather or just the ordinary homesickness. But we always want to remember about our goal, why we are actually doing this.

AK: And what is this goal? What do you want to do in Aleppo?

AA: Well, this is the most important question. I will be huging everyone J It is also very interesting that people have different motivations and goals. For some people this March is laying the grounds for peaceful movement, which can later go to the next countries. For others, the most important thing is to physically enter Aleppo and to dig the flag into the ground. Theoretically, we will not be allowed to enter Aleppo. It depends also if we agree to be protected by one of the sides. But it is not the point that we are protected there because we are Europeans. We want the situation in Syria to change!

AA: Thank you for your time.