EVS confessions: Pamela about the experience in the refugee camp of Tabanovce

People have been migrating for thousands of years, definitely it’s not a new process. However, two years ago Europe had started struggling with the refugee crisis, which still triggers heated discussions in many countries.

Most of the migrants are from the Middle East and African countries. It’s said that those people escape from the civil war, abusive politics towards human rights and terrorism itself. Unfortunately, many stereotypes arose about refugees since those years. Probably the lack of education and unknown culture play a vital role in sustaining a controversial image about them. Moreover, the description of the refugee crisis showed by biased media might trigger fears and aggression in society. Additionally, it is thought that the increase of the right-wing parties in Europe make the situation even worst.

We should not forget that the journey from the Middle East to Europe is highly dangerous. Those people risk their lives to have a better one and to save their families. According to the International Organisation for Migration, in 2015 more than 3.770 refugees were reported dead while trying to cross the Mediterranean sea.

The majority of the refugees want to migrate to Germany. According to one of the refugee’s story, in Germany, the process of being integrated into society, going to university or finding a job is faster than in other countries. In Macedonia, refugees mostly migrate from Greece in order to travel further to Serbia, France and, of course, Germany. 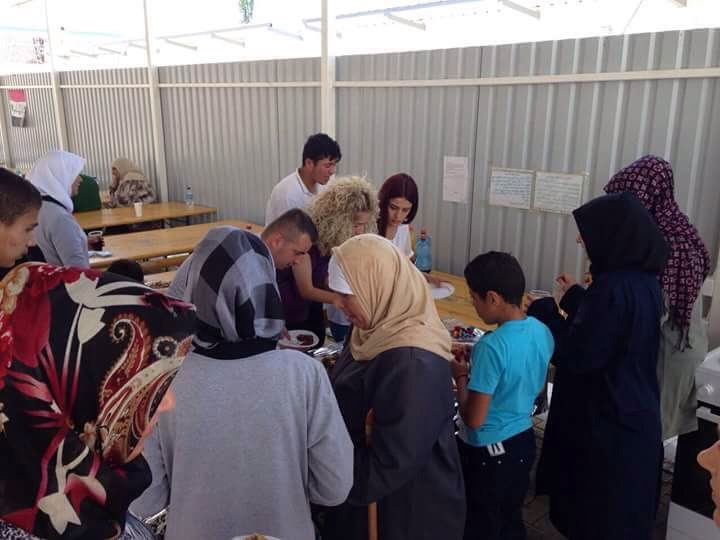 In Macedonia there are two refugee camps, one in Tabanovce and one in  Gevgelija. Both of them function as a transit center, which means that people should stay there for a short period of time. Nevertheless, NGOs try to make refugees’ lives as easy and comfortable as possible. Nowadays, in the Tabanovce camp there are 25 registered refugees and around 60 unregistered. The amount of people is changing almost every day, because of the high rotation. Most of the inhabitants of the camps are men in their 20s, there are also a few women and children. Mainly, they come from countries such as Iran, Iraq, Syria, Algeria and Morocco. The camp is quite small, there are dozens of baracks, each hosting around three people or whole families.

There are many rumors about conditions in refugee camps. Probably because of the small amount of people in Tabanovce, the standard of living is quite good. As it might be expected,  several NGOs are allowed to work in the camp, such as Legis, the Red Cross, SOS Children Village and UNICEF. Each organisation has a different aim and target group. The purpose of SOS Children Village is to provide entertainment for youngsters, along with helping in the process of growing up. Legis intends to release the stress through sports and cultural activities and to provide mental support through conversations and counseling.

Nowadays, the situation in the camp is pretty calm, because of the small amount of people. The main problem that the refugees have to struggle with is boredom. That is why we, the volunteers, try to organise some activities such as cultural nights or just talking to them. However, I must say that even basic conversations might be challenging because of the language barrier and because of the lack of translators present at the camp. Although there are many things, which could and should be improved, seeing smiles on those people’s faces makes you want to help them even more.