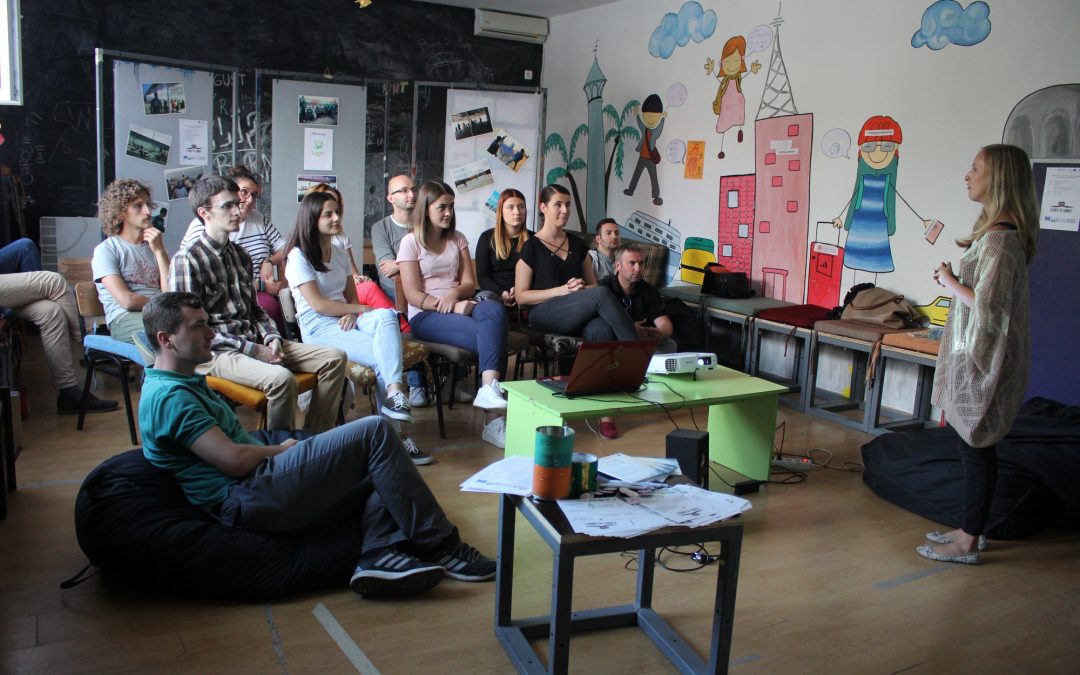 The idea to make a video titled ”The Journey” was born in the process; the video was made as part of the Route to Connect initiative, belonging to the Building Bridges campaign of SCI International. The video represents the hardship of the refugees in Europe, with a special accent to those who have crossed the Macedonian border and have been hosted, or are still in a way stuck, in the transit centers in Tabanovce (close to the Serbian border) and in Gevgelija (close to the Greek Border). 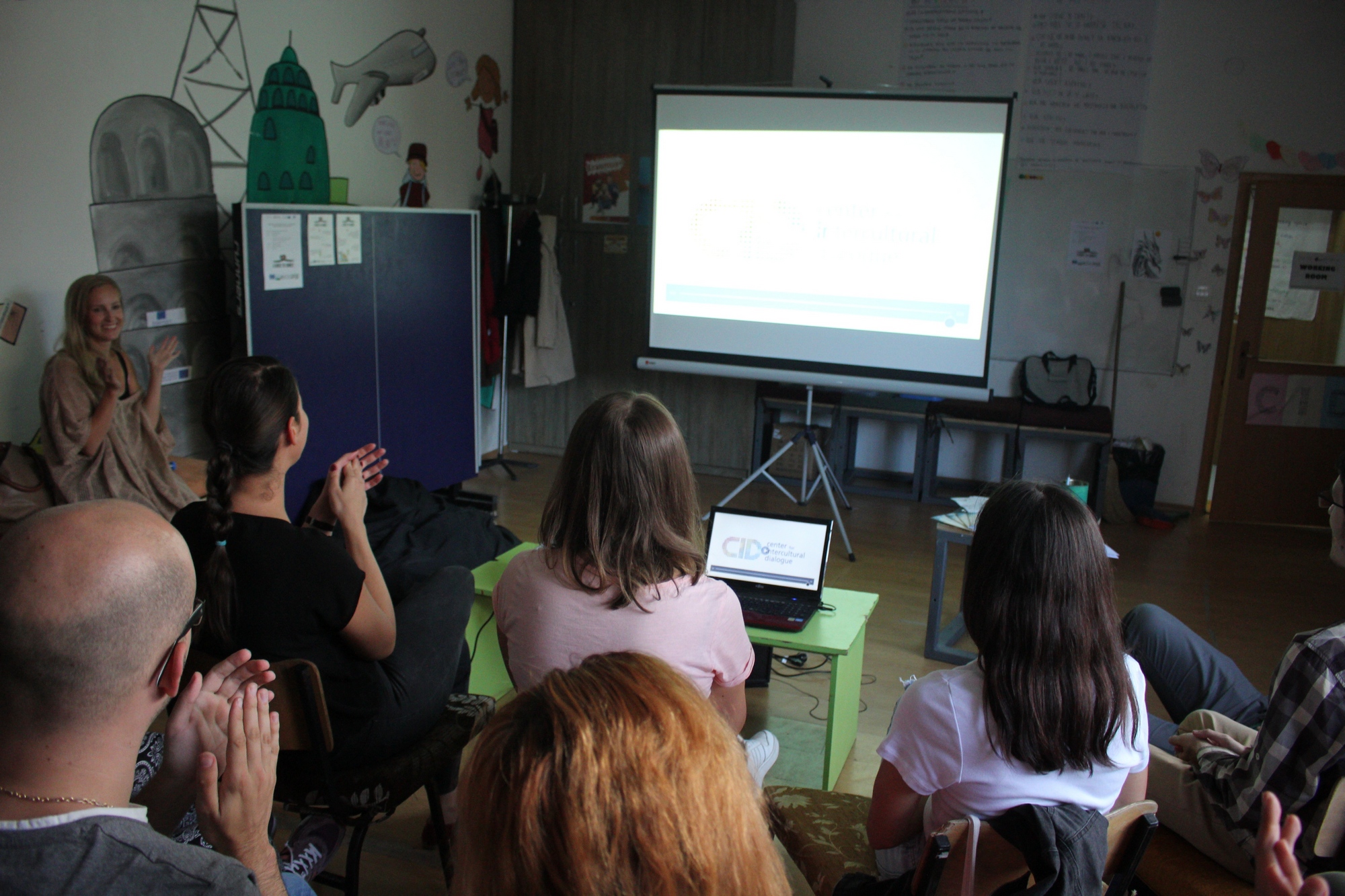 Mila Josifovska, the coordinator of the activity, about the video screening event:

The promotion of the video was organized in the premises of the youth center MultiКулти to which around 20 young people shared their comments, critiques and suggestions. After the small welcome and opening of the event, we had a small introduction about the agenda of the event after which a small presentation of the refugee crisis commenced. A couple of stories from refugees were read from the publication after which the discussion was continued in the same direction. Following the whole event was a small cocktail where the young people were able to enjoy the discussion in an informal way with some food and drinks.

The EVS volunteers present at the moment in CID, Stefan Izak and Elina Saarilahti, participated in the making of the video. Elina also moderated the event. Both had vivid impressions from the experience of working in the camp. Their stories and experiences can be found here.

And here is the video: