David about the state of social entrepreneurship in Macedonia 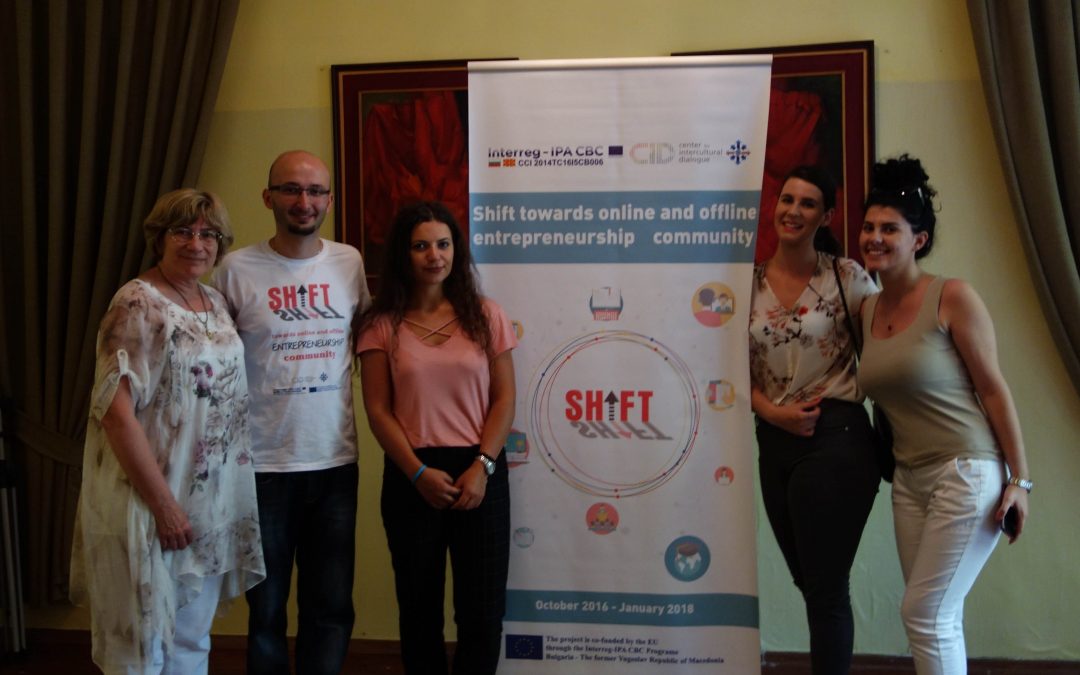 David Aleksovski, who is working as a financial officer in Center for Intercultural dialogue, is currently involved in the implementation of te project ”SHIFT: towards online and offline entrepreneurship community”, implemented by CID and supported though the IPA Instrument for Pre-Accession. David took part in several study visits in Macedonia and in Bulgaria, and is gladly sharing his thoughts on the state of social entrepreneurship in Macedonia:

The adoption of a quality law and the successful implementation of the concept of social entrepreneurship will surely bring many social and economic benefits: reducing unemployment, local economic growth and development, protecting the environment and reducing pollution. As the name suggests, this type of business is turned towards a certain socially useful goal – employment, care and support of socially vulnerable people, people with special needs, people with fewer opportunities, long-term unemployed persons, and the like. According to its statute and defined goal of action, each social enterprise is obliged to reinvest all or most of the profits directly in the social business for its promotion or in a certain social purpose of building centers for orphans, for elderly people, for the integration of marginalized groups in society, etc.

Although I emphasized that there is still no classical social entrepreneurship in Macedonia, there are several successful examples that de facto function as a social enterprise and successfully achieve social and human goals. I would very much like to emphasize the Therapy Community “Pokrov” from Strumica, as a joint project of the Diocese of Strumica and the civic association “Izbor” that created the first long-term rehabilitation program in the Republic of Macedonia based on natural methods for treatment of alcohol and drug abuse. As part of the program, the agricultural production (of which a significant percentage is organic) is placed on the market and the generated income is reinvested in the program and in the center for the purpose of their promotion. This significantly contributes to long-term survival and financial sustainability of the center.

The concept of social entrepreneurship is one of the key pillars in the strategy for economic growth and development of the EU 2020, and it will surely continue to be implemented, because the social benefits are enormous. The EU Social Business Initiative Commission in 2012 promoted the slogan “There is no economic growth and creation of jobs without social entrepreneurship.”

The IPA Cross-Border Program of the Republic of Macedonia and the Republic of Bulgaria, which offers opportunities for promotion and incentives for the formation of social enterprises in the border zone, is currently active. On one project study trip in the city of Kyustendil I had the opportunity to get to know the work of several successful social enterprises (folk kitchens, folk laundries) and it can be concluded that this concept is quite successfully applied in the neighboring Bulgaria. There are several programs for financing and assistance to such enterprises that are offered by EU mechanisms and in cooperation with civil society organizations already working in this field; many citizens can create their own lucrative business and self-employment, while being humane and making a significant contribution in the social life.