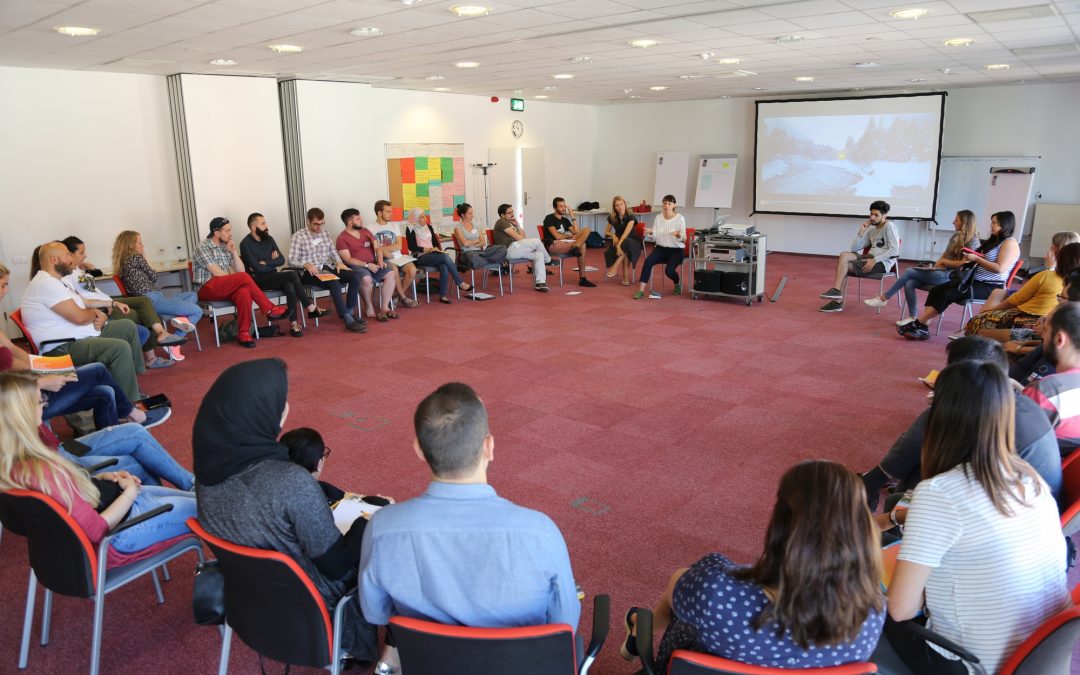 In the framework of our partnership with the network UNITED for Intercultural Action, I participated in a special project on countering hate and violent extremism among young people at risk of social exclusion; the project consisted of 2 study sessions (April and September 2017) and of an activity organized by participants with the aim to engage young people at risk of social exclusion. The study sessions were held at the European Youth Center in Budapest and were organised by UNITED for Intercultural Action in cooperation with Human Rights Education Youth Network (HREYN), Action the European Youth Press (EYP) and the Youth Department of the Council of Europe.

The first study session gave more of an overview on the situation on the topic of hate and violent extremism within the European dimension, the position of young people and the different aspects of social exclusion that young people face. There was a part in which good practices and challenges were shared and in the last part there was a preparation for the intermediate activity in which we, the participants, had to prepare an activity to work on the topic of hate and social exclusion within the scope of work that we do as youth workers, social workers or trainers.

During the intermediate phase, I organized a workshop on Hate Crime and the importance of the 22nd of July as an International Day in support of the victims of Hate Crime, in which young people got to know the concept of hate speech and hate crime and the ways they can recognize, report or take an action in combating this phenomenon in society.

During the second study session, good practices and challenges from the intermediate activity were presented. We also discussed the tools and measures for prevention of violent extremism among young people and the role of youth work in this process. At this stage, participants presented several case studies of how young people were de-radicalized. And in the last part, from all the collected experience we worked on developing new ideas on projects for possible follow up from this process.

This project was an interesting experience, considering the diversity of the group and the different inputs by the experts on the topic of violent extremism and their different perspectives on their roots and causes.