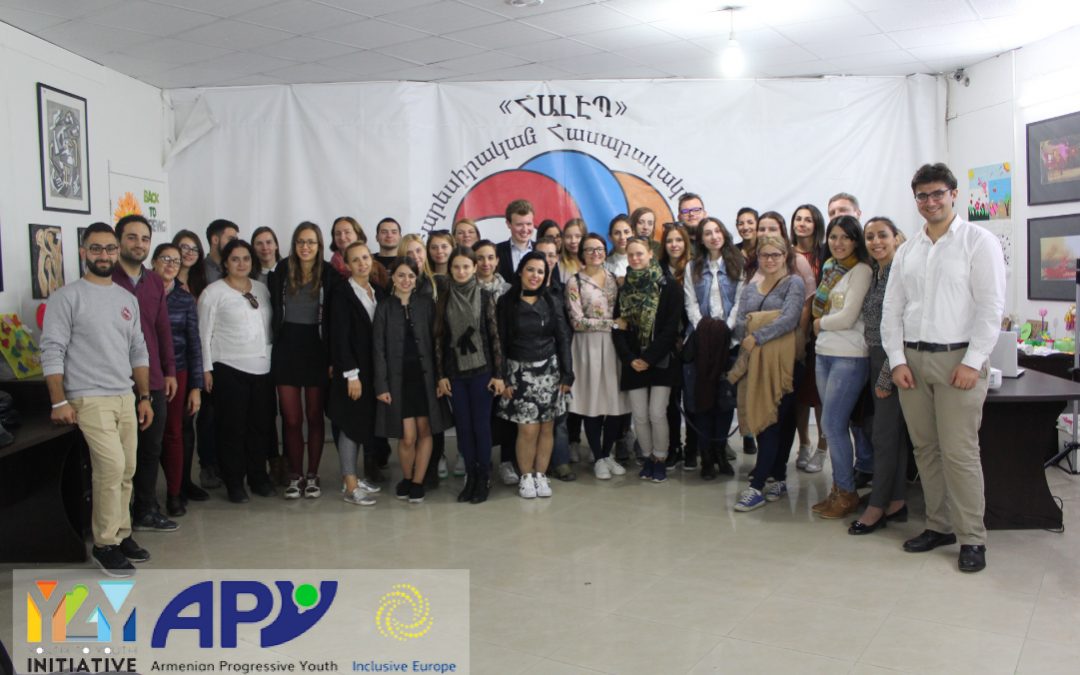 Over the past few years around 66 million people were forced to leave their home due to conflicts, wars, natural disasters and persecution – approximately one of every 113 people on the planet. Only in the first half of 2017, over 105.000 refugees and migrants arrived to Europe. After crossing international borders their future was unknown. Thus, there was a clear need of support and assistance to refugees and asylum- seekers so they adopt in the hosting countries and build their future.

The urge of development and empowerment of civil society organizations that work with refugees, resulted in the creation of “Inclusive Europe” – a 2-stage project targeting 36 youth workers in CSO activists in 16 countries. The first stage of the project – a Training Course – took place in Vilnius, Lithuania, while the second part – a Stud Visit – took place in Yerevan, Armenia. The project involved 36 youth workers from Armenia, Belarus, Czech Republic, Estonia, FYR Macedonia, Georgia, Germany, Italy, Moldova, Poland, Portugal, Lithuania, Romania, Serbia, Ukraine and Sweden. The same 36 trainees took part in both stages of the project to ensure a better effect.

During the Training Course in Lithuania, the participants analyzed the emigration and immigration situations in the participating countries, discussed the causes of migration, push and pull factors as well as shared experiences and best practices of integrating young migrants in youth organization. As a result of the Training Course, the participants were equipped with a capacity and confidence to combat hate speech towards migrants, misinformation about refugees and xenophobic discourse back home. Following the training in Lithuania, the group travelled to Armenia, searching for practical tools to work with refugees and an inspiration from field experts.

The Study Visit to Armenia started at the Aleppo Compatriotic Charitable Organization where participants learned about the emergency relief assistance to the most vulnerable Syrian families and individuals as well as met refugees from Syria. Participants also exchanged the information on the issue during the question and answers session. 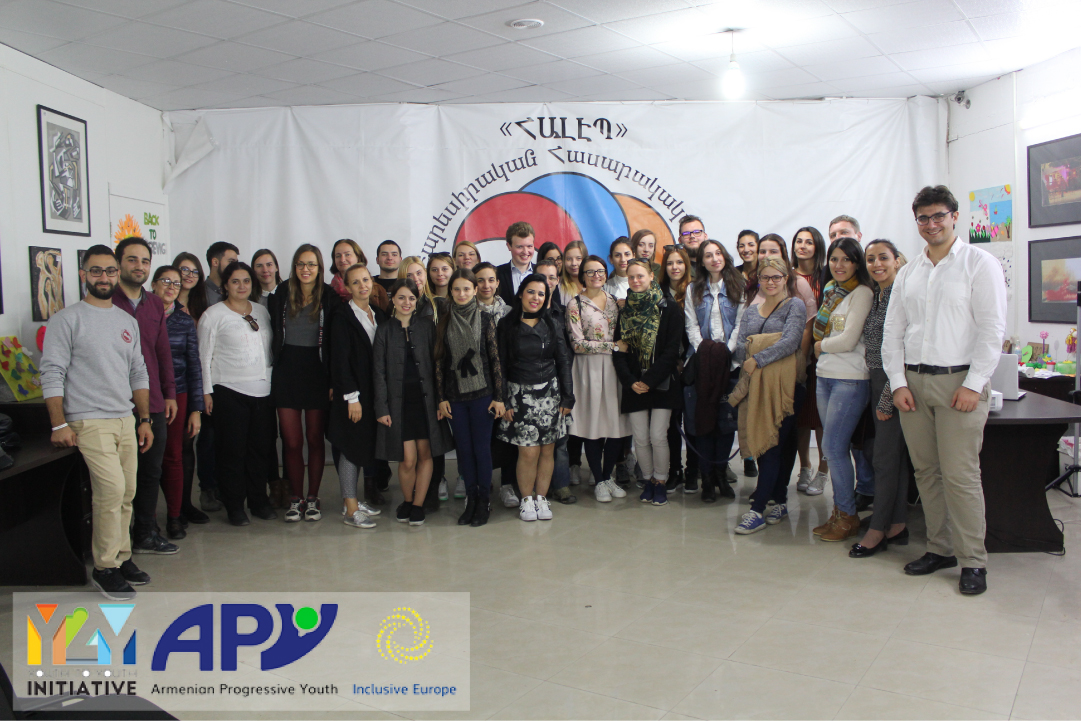 Armenia has been an interesting case study in terms of the topic of the project. It is the third European country with the biggest number of displaced people from Syria. Only Germany and Sweden have accepted more asylum seekers. Both countries rank amongst strongest economies in Europe whereas Armenia has a GDP per capita ten times lower than the European Union average. Though the majority of the refugees from Syria are ethnic Armenians other minorities have also found refuge Armenia. One example is the Yazidis who face brutal persecution and ethnic cleansing at the hands of various terrorist groups, both in Syria and Iraq. Upon arriving in Armenia they have been granted an asylum status. That’s why Armenia was an interesting place to visit during this project and gave us possibility to have interesting study visits, meetings with refugee organizations, refugees and institutions dealing with migration.

To have a closer look at the work of professionals, to understand how to help the displaced people across the world and to find out the situation of refugees in Armenia the participants were given the opportunity to pay a study visit to the UN House in Armenia. At the UN, we met the representatives of UNHCR – The UN Refugee Agency who delivered an explanatory presentation to demonstrate the current situation of refugees in Armenia and the UNHCR’s tireless efforts to help them to adopt in the hosting countries.

The combination of the Training Course and the Study visit represents an interesting mix of theoretical and practical approaches which contributed to a more comprehensive and holistic program. Through the program the participants gained a comprehensive understanding of general European values, such as equality among all people irrespective of their gender, nationality, religion, age; dignity; freedom; respect of human rights, including the rights of migrants and refugees. Additionally, the project created strong connections and a network between the representatives of 16 different organizations, so they can actively foster the ideas of solidarity and inclusion in the process of helping refugees, migrants and asylum- seekers back in their countries.

“Inclusive Europe” was organized by ‘Armenian Progressive Youth (Armenia) NGO and International Youth to Youth Initiative (Lithuania) in cooperation with 14 partner organizations. The project was funded by Agency of International Youth Co-operation of Lithuania under the Erasmus+ program of the European Union.