You Are Welcome: second transnational meeting held in Thessaloniki, Greece 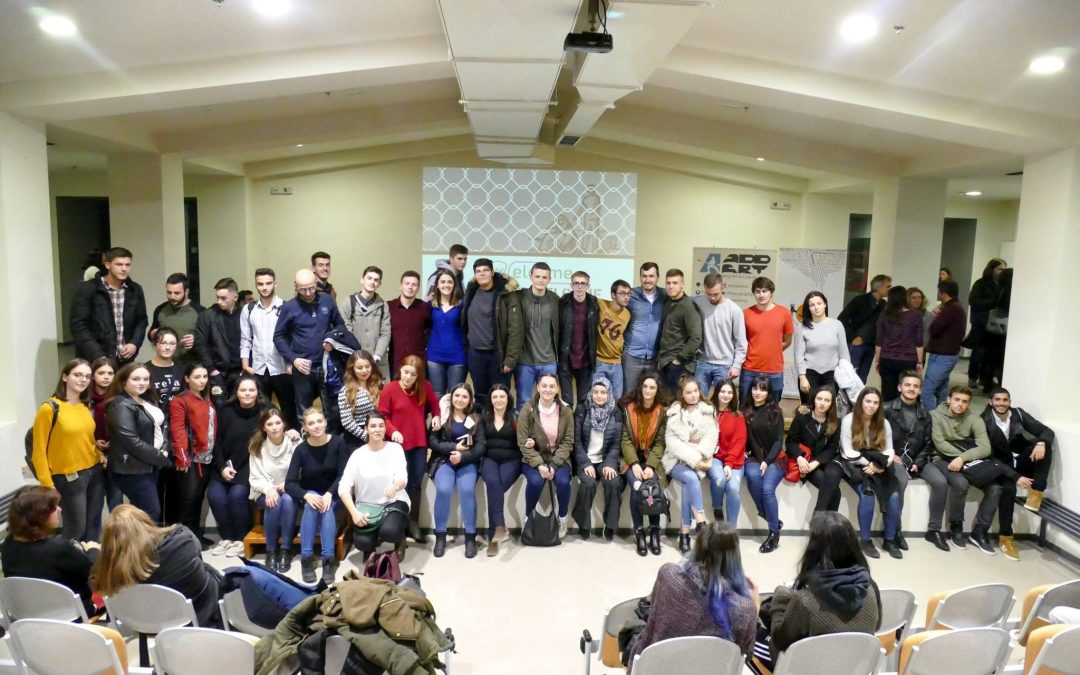 In the last week of November, CID participated in a 4-day meeting in Thessaloniki, Greece, from 24-27 November 2017, in the framework of the project You are Welcome,  implemented by Jugend- & Kulturprojekt e.V. Memorare Pacem and supported by the Europe for Citizens Programme of the European Commission.

Mila Josifovska and Nami Isaki attended the meeting as representatives of CID. On the 25th of November the group held a meeting with the aim to discuss the progress of the project. In the afternoon, the group attended the international workshop “Otherness Dialogue”, led by Dr. Rita Júlia Sebestyén, based on theatre methods which fostered self-reflection and cultural interaction.

In the evening, the public event You ARE Welcome was held at the Museum of the Roman Forum, from 17:00 to 21:00, and 50 young people from Kumanovo, Macedonia, had the opportunity to attend it. The event included speeches from the coordinator of the project, from the Dean of the Faculty of Fine Arts, and other professors. The public event included the photo exhibition “Dreaming of a New Life” by the photographer and film director Morteza Jafari, the illustration exhibition “Human Right – Human Wrong” – an initiative of Addart Addart, a performance by the female vocal group Πλειάδες – Pleiades who sang melodies from different regions in Europe and all over the world, the screening of the film “School on the Move” by Europa Transit and the projection of selected short animation films about Human Rights by AddArt and TAF (Thessaloniki Animation Festival). The event gathered more than 300 people from many different countries, cultural backgrounds, age groups and religions.

On the 26th of November, the international group attended a lecture-performance held by Dr. Rita Julia Sebestyen at the City Hall of Thessaloniki, which showcased some of the basic tools used by the body-mind-soul workshops of othernessproject to shed light on corner stones of their methodologies, their psychological, social and philosophical background, whilst offering space for discussion. Later on, Cofix Dimitris Savvaidis presented the local workshop “My Hero” – a comic workshop which the association AddArt organised and young refugee children from different camps in Thessaloniki participated and interacted with local comic artists.

The project is a 2-year cooperation between 10 European partners and includes activities such as transnational meetings, local workshops, research on how hate speech and propaganda arise based on economic and security fears in selected communities, as well as a final international conference.

More about the project can be found here.