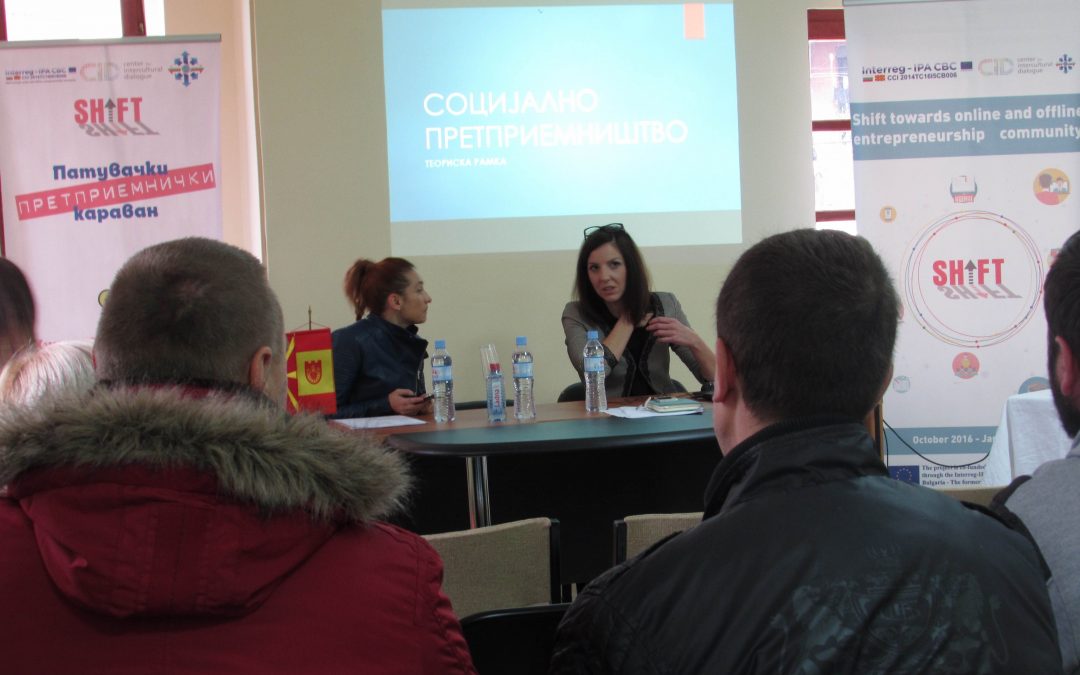 As part of the project ”SHIFT: towards online and offline entrepreneurship community”, a series of events called ”Entrepreneurship caravans” were organised in 3 municipalities of Macedonia:

This was one of the most important activities organised in the framework of this project; the events had the goal to promote on the spot the concept of social entrepreneurship and to encourage local youngsters and unemployed persons to explore the possibility of opening a social entrepreneurship by learning about potential funding sources and tools.

The caravan was structured in 2 parts: the formal and the informal one. The formal part included meeting with stakeholders, a structured debate attended by relevant decision-makers such the municipality, the agency for employment civil society organisations, etc. Among the topics discussed were the relevance of the concept of social entrepreneurship in these communities, how much it is advocated and promoted by competent authorities; the participants explored various examples of successful social enterprises in Macedonia, Bulgaria and Europe. Another important moment was discussing the legal framework and possible interventions for reform in order to develop the concept on local level. Finally, this was an important moment for networking and developing new spaces for collaboration between stakeholders. 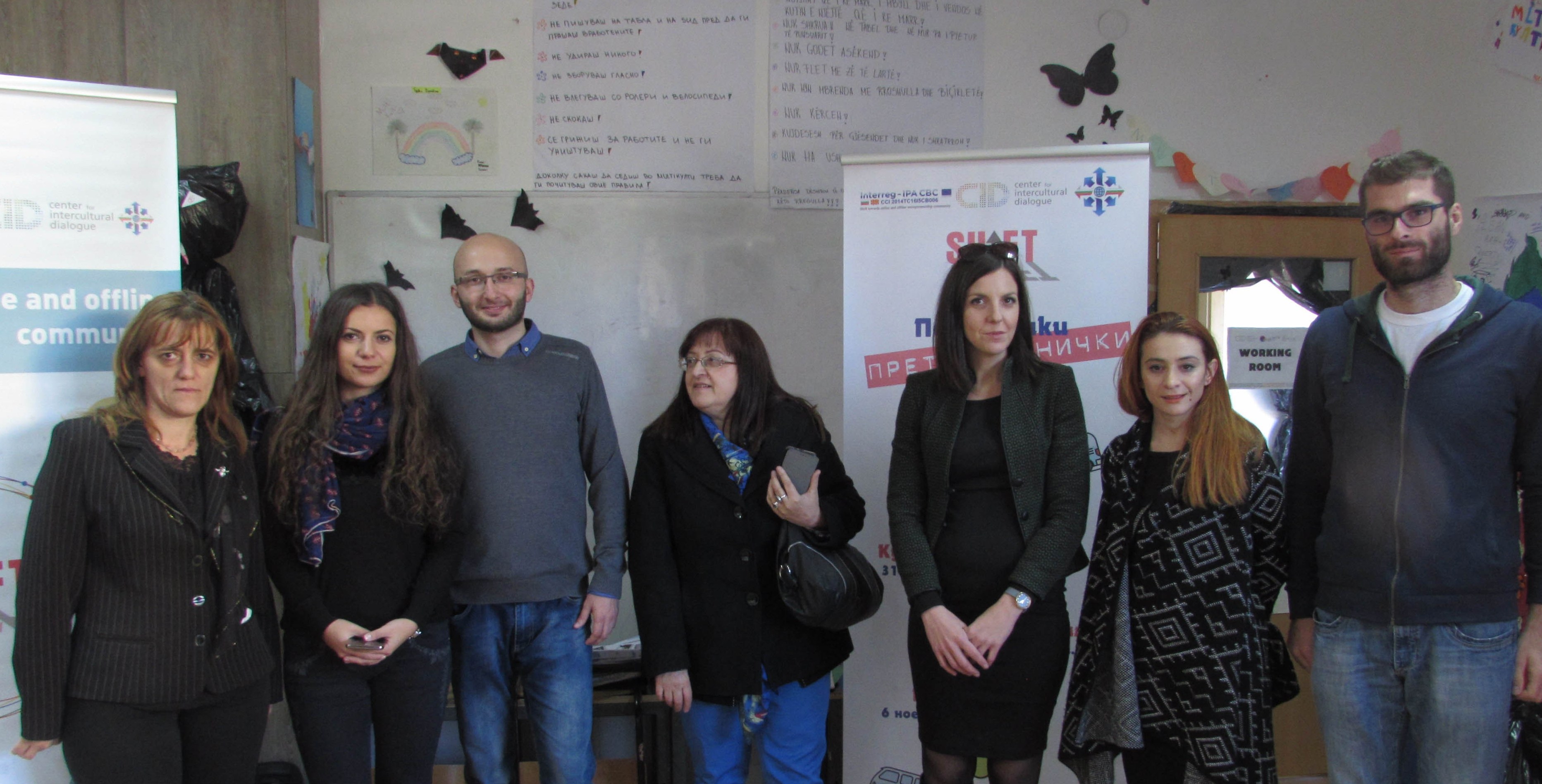 The informal part included interactive workshops based on the principles of non-formal education on the topics of project management, communication skills and entrepreneurship. The target group included young people (students, unemployed youth) between 18-30 years old. The interactive workshops were streamed live directly on the SHIFT platform in order to be accessed by the ones who could not attend the meeting in person.

This meeting also served as a space for promotion of the SHIFT brochure on opening a social enterprise, which presents the process step-by-step and also the possibilities available to youth.

The brochure can be accessed online here. The website also contains photos from the caravan events, as well as other relevant documents and contacts from the team.