CID Academy for young leaders: the project came to an end, but not our commitment to be engaged! 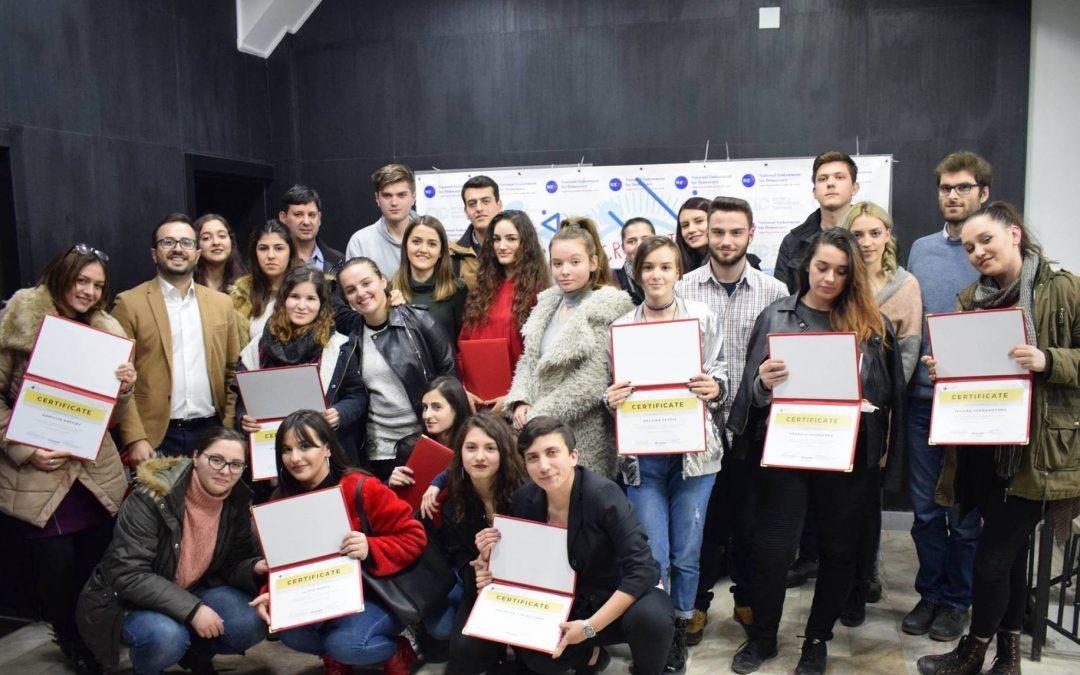 The project that fostered the creation of the current CID Academy – Promoting Youth Activism in Multiethnic Communities – came to an end in January and was celebrated with a big public event held in Zanaetchiski Dom on the main square of Kumanovo. The event gathered representatives of the municipality, of the local schools, representatives from the civil society sector and the young people who actively participated in the project.

Several outstanding musical performances opened the night, prepared by the youth who participated in the project and followed by a presentation of the advocacy initiatives that were implemented in the previous months. The groups presented the initiative to create a Students Council with students from all general and high-schools in Kumanovo, the debate initiative which urged local transport companies to improve the local transport schemes, the cultural events that were organised in the framework of the project, advocating for a more diverse cultural programme in the city.

The final event was preceded by an evaluation meeting, held in Kratovo on the 26-27 of January. The same stakeholders gathered for the evaluation meeting and provided valuable feedback regarding the implementation of the project and its impact. It was mentioned, for instance, that there is a need to focus more on multiplication of the project results and on designing a system where young people will have the chance to develop their own activities after attending a mobility. The stakeholders also saluted the great enthusiasm of the youngsters who engaged in the advocacy campaigns and expressed their willingness to keep supporting the group to be engaged.

Below you can see the photo gallery from the event and the video compilation measuring the impact of the project: