Multiplying the results of the project Stand Up against Bullying, with Ivana Simonovska and her team 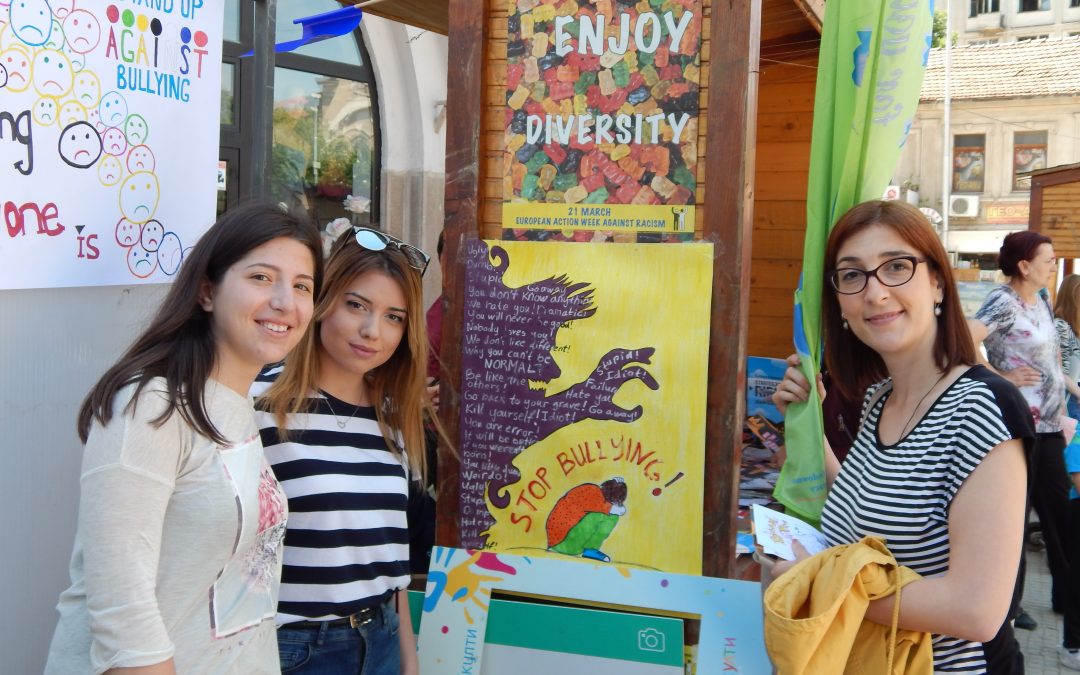 After attending the mobilities in the framework of the ‘Stand Up Against Bullying’ project, the time has come for its dissemination. In terms of this last part of the project, we organized several activities on local level.

Firstly, on April 25th, me and my three students who have participated in the Turkish, Polish and Portuguese mobilities, organized an informative session in the technical school ‘Nace Bugjoni’, Kumanovo. The aim of the activity was to inform the students of the types of bullying, to raise awareness of the bullying potentially happening in everyday school life, the roles of the bully, the victim and the bystander, and finally, how to react appropriately when witnessing a bullying act. The students showed great interest in the lecture, especially in cyberbullying, which is widely spread among the teenage population. Following the theoretical part, we opened a discussion on solving pre-arranged bullying scenarios. Fortunately, many solutions were offered, thus showing the students’ raised awareness and resourcefulness in terms of handling a potentially bullying situation.

Furthermore, on May 8th, we joined the public event organised by CID in partnership with the Municipality of Kumanovo, to celebrate Europe Day. We proposed the young people who attended the event to take part in an interactive quiz, attempting to help them to recognise the existence of bullying and how to react in accordance with the situation. The lucky winners received some stimulating awards. Moreover, some promotional materials on the Erasmus+ Programme were presented. Hopefully, they will attract (young) people’s attention and motivate them to take part in some of the multiple mobilities and activities that Erasmus+ supports. 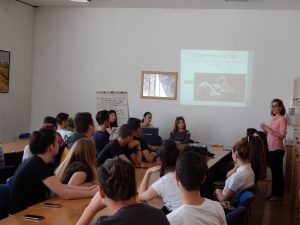 Finally, on May 14th, me and Florim Rexhepi held a workshop in the elementary school ‘Toli Zordumis’. The pupils were Macedonian and Albanian six-graders, all willing to learn something about bullying. After the introductory activity and the energizer, we had an activity in which the pupils switched groups based on the question asked and their answer. The activity’s goal was to bring to their attention that there are some differences, but also many similarities among us, and we should all accept and understand them. Then, a short posters presentation on bullying was made to introduce the topic to the pupils. Consequently, they had to decide whether the person from the presented scenario was a bully or a buddy, thus checking if the pupils are on clear terms with the basic bullying concepts. The most enjoyable part of the workshop were the posters of the ‘Happy Wanda’ and the ‘Sad Wanda’, as well as the ‘Wrinkled heart’. The message of these activities is always to be kind and inclusive in everyday peer interaction, otherwise, somebody’s heart may be ‘wrinkled’. The final activity was to divide the pupils in groups and give them a task to offer some solutions on how to reduce the bullying among the pupils in the school. We were astonished by their smart ideas on standing up against peer bullying. 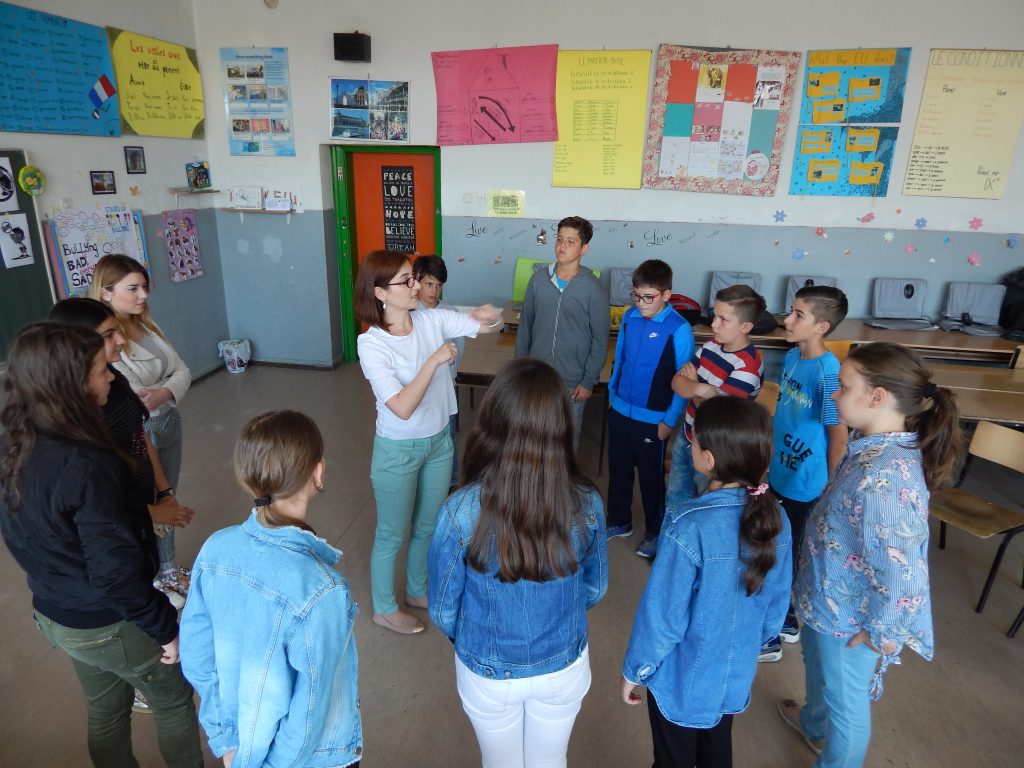 Having completed the activities on local level, I instantly felt a great relief that everything went smoothly and as planned. Both the pupils and the students were willing to participate and offer their solutions on this widespread problem among the teenage population. Since this is my first time as an associate in an Erasmus+ project, I am more than happy with the knowledge and experience I have gained throughout this year. Not only have I had the teaching role, but I have also been an active learner from the pupils and students, and most of all, the project partners and the great CID team, who have all become my dear friends.