I never hated my body before the bullying began: sharing bullying stories 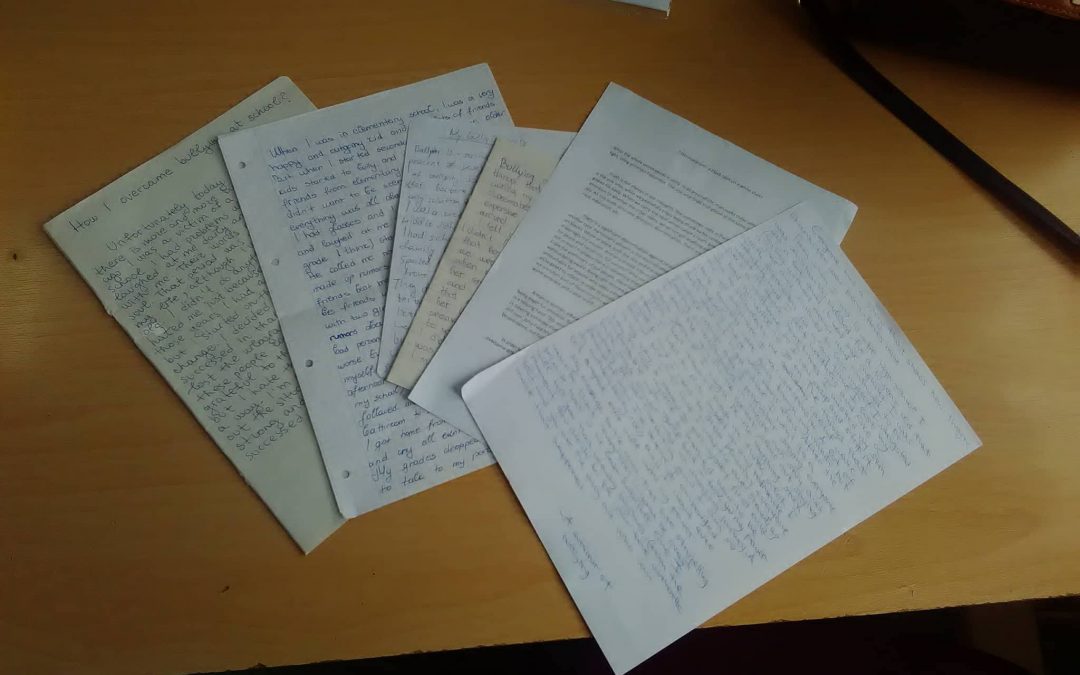 ”I never hated my body before the bullying began. I shouldn’t have let somebody else’s words dictate how my body should look like, what I should and shouldn’t wear.”

This sentence was taken from a confession of a high-school student, who participated in an anonymous story sharing with other students. The participants were invited to write an anonymous letter talking about a bullying experience they have had or witnesses. Of course, in order to protect the identity of the participants (who knew each other from before), the stories themselves were not discussed in the group. The purpose of the exercise was to provide a space for youngsters to voice out their hard feelings regarding bullying experiences, in order to raise awareness about the fact that sometimes bullying passes unobserved.

What the group has learned from this exercise is that emotional and verbal bullying can be just as bad or even worse than physical one. It can lead to negative thoughts about one’s self, wanting to change school/town/country, low self-confidence and introversion, and thoughts of suicide. Supporting the youngsters to talk about bullying cases, even if in written, also provided a space for sharing solutions and where to look for support. After all, education is one of the best tools for prevention.

To conclude, I will share one more thought from the anonymous confessions of a teenager:

”We should learn to love our flaws, because they make us unique.”

[The activity was conducted as part of the long-term project Stand up against Bullying, implemented between September 2016 – August 2018 and supported by the Turkish National Agency through the Erasmus+ Programme. ]