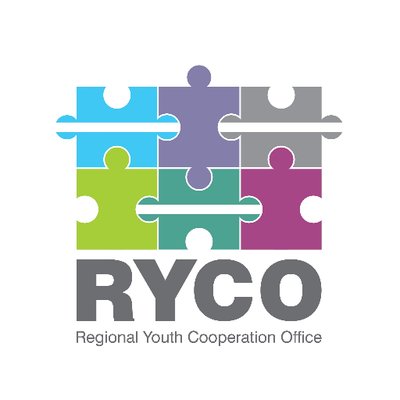 The project’s general aim is promoting intercultural dialogue and tolerance and advancing reconciliation in the Western Balkans.

Project promotes reconciliation, cooperation and better understanding in the region by bringing together 24 young people from B&H, Albania, Montenegro, Macedonia, and Serbia. They will spend 9 days together learning how to use film in educative and activist purpose, learn about and discuss joint Balkan traditions and shared and troubled past, present and future, and jointly make a short film about their common experiences.
The flux of the Project is a 9-day training course (TC) with 24 young participants (4 from each of the above mentioned RYCO Contracting Parties); throughout the training, they will master basic movie making techniques such as operating a video camera, elementary scriptwriting, shooting, directing and video editing, and be educated on the possibilities of using film as a means of youth activism in promoting reconciliation and combating prejudices and stereotypes. They will also have extensive set of screenings, lectures, talks and discussions, aimed at providing them with a fuller picture of the Balkan region, its common historical and social traditions, its shared past, friendly and reconciliatory efforts, all of which is currently being overlooked by the predominant discourse of hostility fostered by the main-stream media and politicians, and absent from their textbooks and curricula. By learning about and discussing terms such as Orientalism and Balkanism and acquiring knowledge about the origins of stereotypes and prejudices about the Balkans, the participants will be empowered to recognize, critically reflect and combat those in their everyday life, popular culture, media and international and domestic politics. The aforementioned activities will be enriched by afternoon movie screenings, where the participants will be introduced to the rich universe of Balkan cinematography and get induced into the cinematic and artistic ways of fighting – or, sometimes, fuelling – stereotypes and prejudices. These screenings will include relevant movies about challenges and affections among the Balkan peoples, such as A Film with No Name (Za sada bez dobrog naslova, Serbia 1988), Before the Rain (Pred doždot, Macedonia 1994), Honeymoons (Medeni mesec/Muaj mjalti, Serbia-Albania 2009) and others. In addition, two intercultural evenings will take place, with young people hosting a small fair where they will present their food, drinks, music and customs to each other in a festive, partylike atmosphere. Finally, young people will have a trip to an ethno village, where they will encounter traditional Balkan lifestyle, common for all WB nations in the past, visit historical sites from the WWI, WWII and 1990s and discuss these events and their impact on our present and future.
This TC will thus consist of 5 main parts:
– What is film and how to make one (the basics of film language; script writing, operating a video camera, directing and video editing);
– Introduction to the culture and arts of the Balkans;
– Basic facts about the Western Balkans in transition;
– Obtaining the skills and knowledge to fight stereotypes and prejudices through film; introduction to the cinematography of the Balkans; using film in education and youth activism; relevant movies will be watched, analysed and discussed;
– Field work – going on excursions and short trips, meeting cultural traces of joint Balkan culture, common life of Christians and Muslims in Bosnia and Western Serbia, traditional culture etc.
While combining different methods of non-formal learning which stimulate creativity and interaction, the training will enable young people to jointly produce by the end of it a 15- minutes long film about their experiences of being together. This movie will put together their impressions, memorable moments from their trips, friendships, discussions and lectures, as well as their conclusions about the hopes and possibilities of Western Balkan youth to overcome the existing tensions and hostilities.
The TC will be performed by 2 trainers: 1) a Balkan study expert Dr Aleksandar Pavlović, who holds a PhD in Balkan Studies from the University of Nottingham; in addition to being a trainer at several CDER led EU youth projects, he is the author of a number of articles and books and academic projects about Serbian-Albanian relations; 2) a producer and filmmaker Bratislav Kostić, the director of the Petroglyph studio, expert in the field of film usage for education and activism.
TC host: The Center for Social and Economic Development (Centar za društveno ekonomski razvoj, CDER).
Working language: English
Duration: September 22, 2018 (arriving of the participants) – September 30, 2018 (departure of the participants) – 9 days included travel days; location: Banja Koviljaca.

After the training, teams from each partner NGO should record a short (3-5 minutes) amateur film dealing with a theme of the Project. These films will be reviewed by the trainer (film expert), and he will provide advice and assistance in finalizing them. That way, in addition to 1 film recorded on the training, we will have additional 6 short films.
Implementation period: October – November

Upon finishing Activity 2, each partner will organize in their local community a public event consisting of the introductory presentation of the Project by the participants, films screening and a discussion – triggered by these films – about the impressions regarding the RYCO initiative and the training, regional cooperation and role and future for the youth in the Western Balkans.
Implementation period: November – December

Strong preference will be given to young people who did not have any opportunity to travel and participate in any project so far.

All expenses regarding the participants’ participation at the training course (travel, food and accommodation) will be covered in full.

This project is supported by Regional Youth Cooperation Office – RYCO