Celebrating International Youth Day 2018 with a touch of music 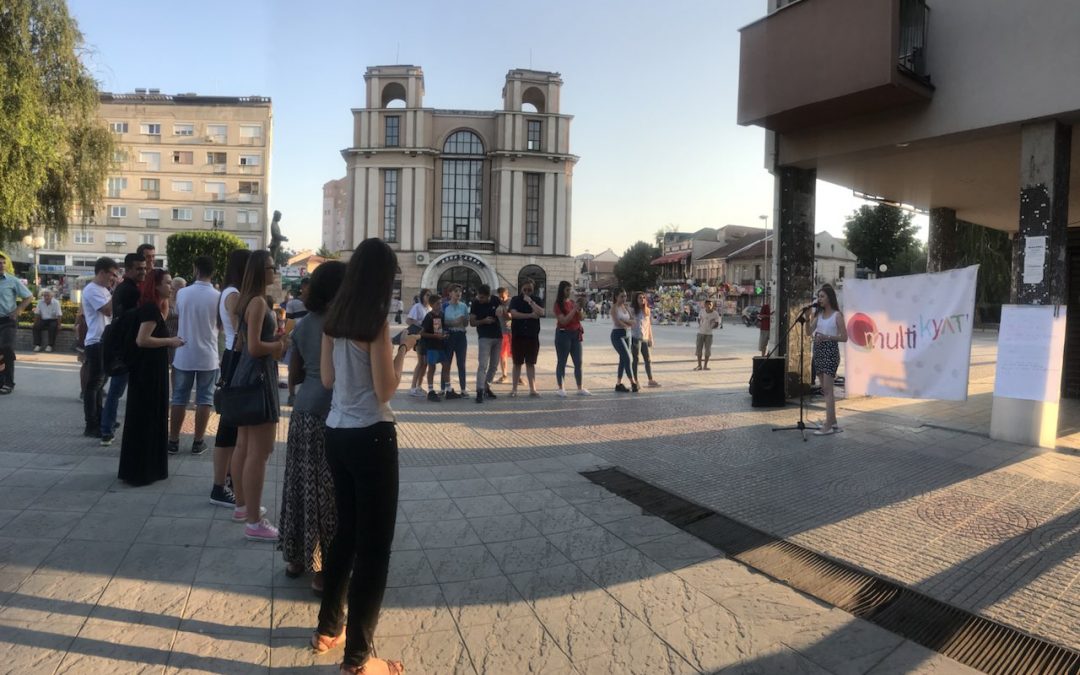 International Youth Day is celebrated all across the globe with public events, online campaigns, artistic performances, debates and flashmobs. In Kumanovo we asked young people how they would like to celebrate their youth on this internationally-marked day, and they chose music as a tool for filling in a public space – the city square of Kumanovo – with joy, energy and ideas. The event took place on Monday, August the 13th, and it gathered young talents from Kumanovo and its surroundings in a fantastic live show.

The event attracted the attention of the passers-by who stopped to listen to the performances. While  our brave volunteers were performing internationally-acclaimed songs, the young people who joined the event were invited to write on a  board answering the question “I am young because I …”.

Ivana Stojcevska, who is a youth worker in CID, performed the song ”When we were young” by Adele. This is what that day meant to her: 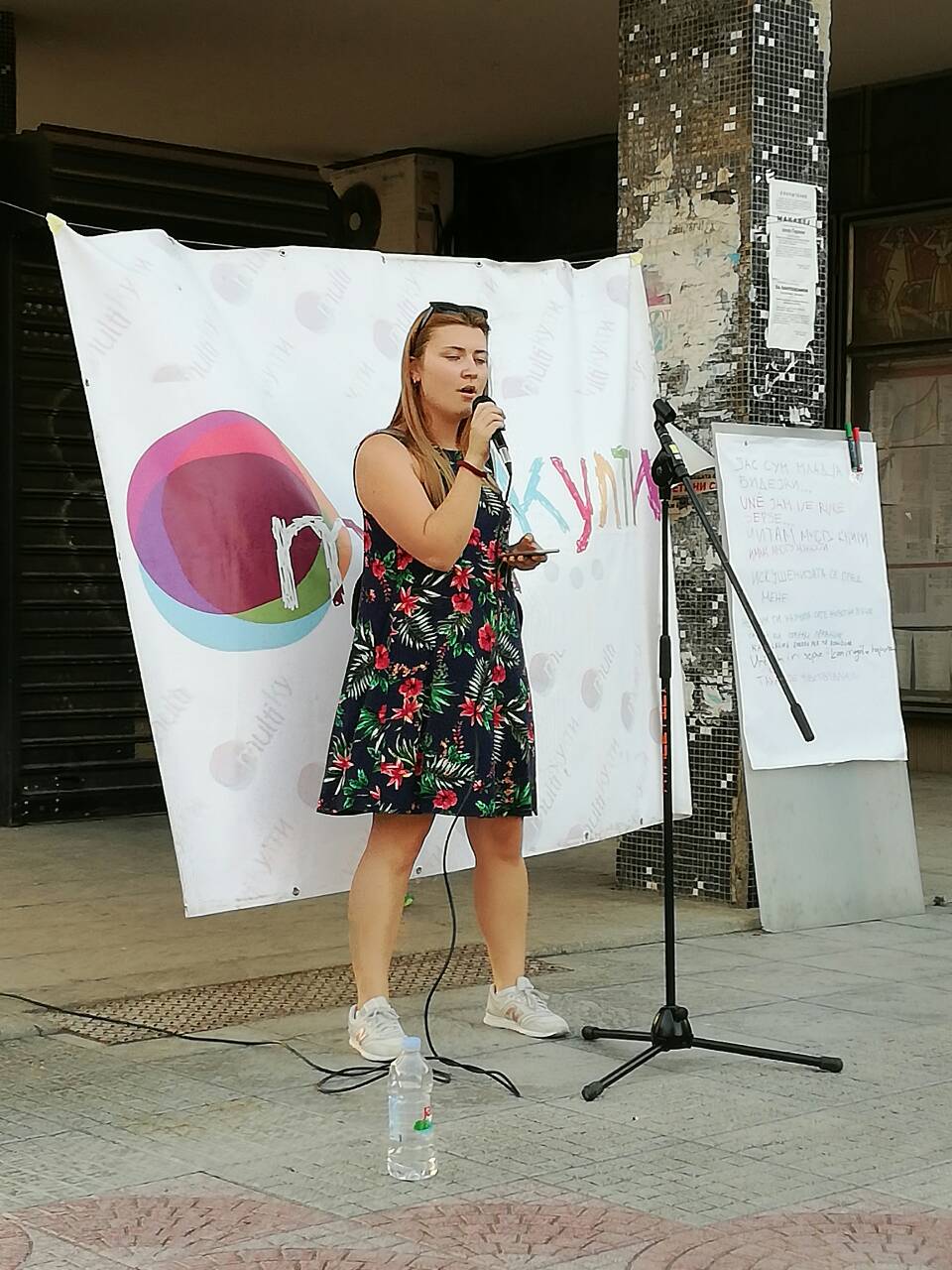 This was my second time performing in front of that many people, I was so nervous and I can’t explain my feelings, I was overwhelmed with beautiful feelings, but the most important thing for me was that I was celebrating Youth Day with my friends and we had a lot of fun. We work with youngsters in the youth center, so this was our opportunity to promote the activities that we offer, spend more time with the youngsters and make more plans together for the future activities.