Born2Run Kumanovo: the third edition of the initiative 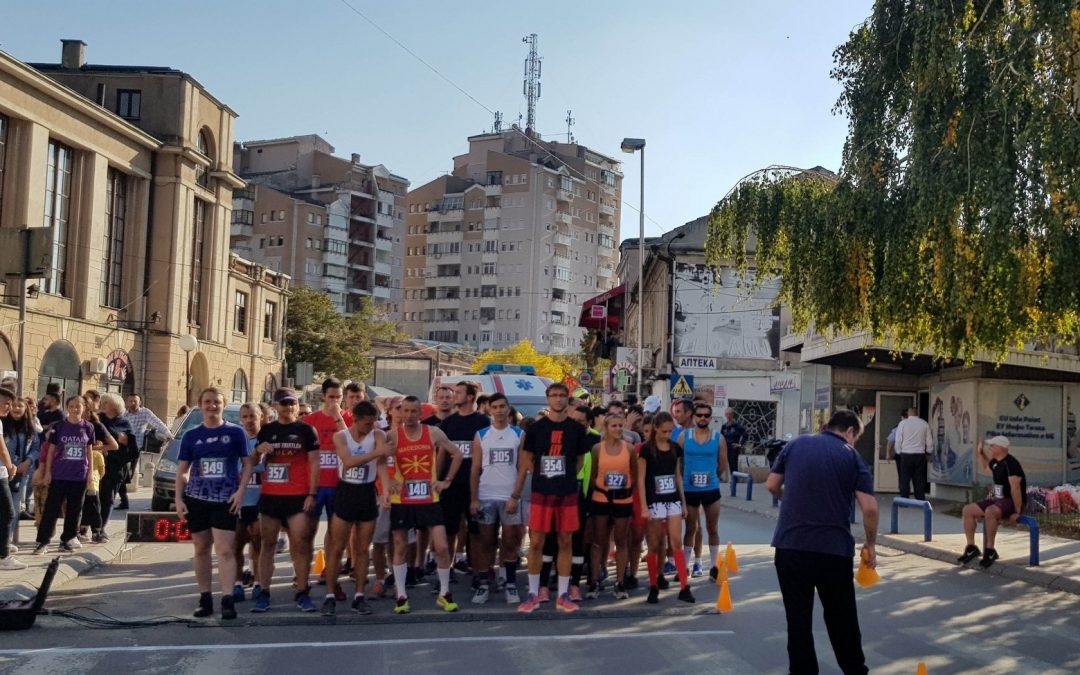 To continue the tradition of bringing people together through sports, this year Born2Run took the form of a 3km and 10km race through Kumanovo. The race was held on October 11th by CID in partnership with Project 2020 CIC and with the support of OSCE Mission to Skopje and the Municipality of Kumanovo and again hosted guests from Kavadarci.

Born2Run is an initiative that was born in Wales, UK and was organised several times in Kavadarci and Kumanovo (Macedonia) and will now travel to Tortona, Italy. The project intends to break barriers and stereotypes between diverse communities by invited them to compete in a 3 km and 10 km race and promote healthy lifestyle by practicing sports. The race which was organised on the 11th of October was preceded by a 7-day youth exchange, in which youngsters from Italy, Macedonia, UK and Belgium prepared the city for the race. The group worked together to discuss the local realities and to develop strategies that would engage as many young people as possible in the event.

As a result, young people took several roles: the volunteers from Red Cross helped the participants after the race, the volunteers from the youth center helped with setting up the water stations, the registration booths, the info points; the also helped preparing the present bags.

All in all more than 160 people took part in the race and more than 30 volunteers helped to organise it. The mayor of the Municipality of Kumanovo, Maksim Dimitrievski, took part in the opening ceremony, wishing luck to all the participants and saluting the initiative. The police unit of Kumanovo also took the word, expressing their enthusiasm for being part of the event. The police ensured the safety of the participants at all times during the race. Prizes were given to the winners of 1st, 2nd and 3rd place, both in the female and male categories.

Another year and another major success for the Born2Run initiative; hopefully it will be established as a solid yearly practice that will act as a bridge between communities. More photos from the event can be found here.