Edin and Jovana: from CID Academy to mentoring young people 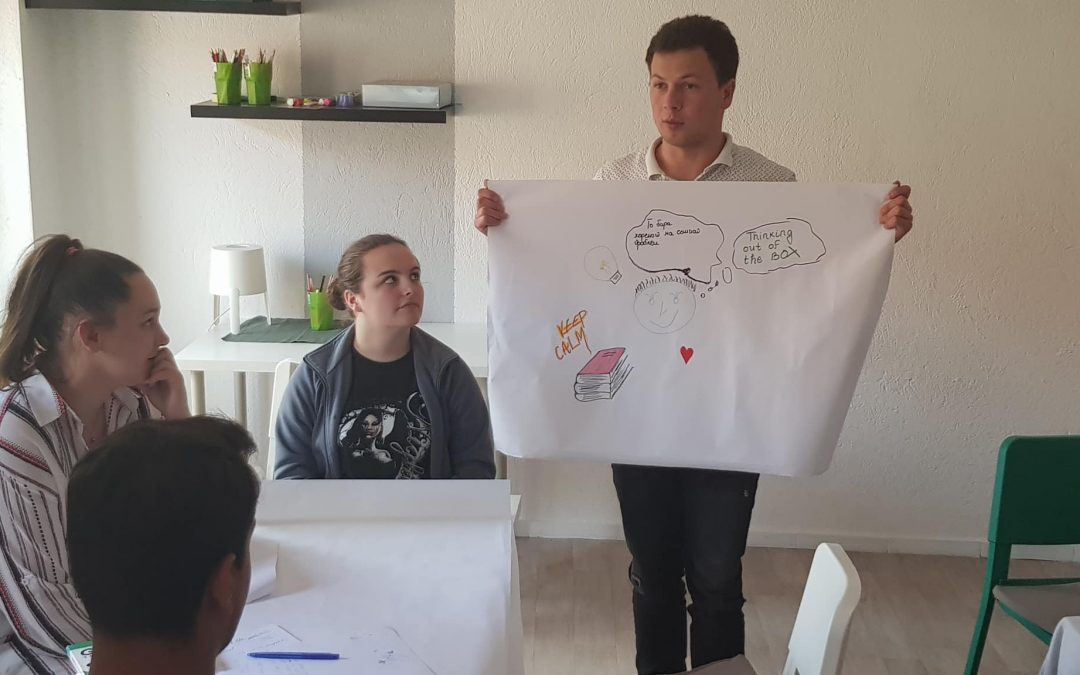 Do young people in Macedonia have a voice? Are their opinions being heard? Do they know what mechanisms exist that bring their opinion to the decision-makers, be it on local, regional or national level? To a certain extent only. Although Kumanovo provides the opportunity for engagement in a local youth council, student councils in high-schools, youth organisations and informal groups, the engagement of young people in decision-making processes is still limited.

This happens for several reasons; one of them is the scarce amount of mechanisms that support the inclusion and participation of young people in the area; another reason is that formal education often fails to support young people in developing the necessary skills and democratic attitudes that would support their participation, and this is even more visible in the rural regions.

This is how Creative Youth Empowerment came to life; it designed a process in which young people from rural communities from three municipalities (Kumanovo, Lipkovo and Staro Nagorichane) would learn about youth activism and engagement and would get the opportunity to design and implement advocacy campaigns that address their issues in their own communities.

Creative Youth Empowerment gave the opportunity to around 50 people to learn about decision-making, youth engagement and democratic participation through a series of creative workshops that use theatre as a main tool for self-development. After the completion of the workshops, 5 smaller groups were created, with the purpose of developing and implementing 5 advocacy campaigns in their local communities. Given that in Staro Nagorichane and Lipkovo the local mapping of needs has shown that the only spaces used by young people are the schools, 4 of the 5 advocacy campaigns are focused on improving the conditions for young people to use the facilities of the schools and to increase their capacity to learn and to be creative. The advocacy campaign in Kumanovo focuses on raising the number of cultural events in Kumanovo, which is an issue that is always highlighted by young people. 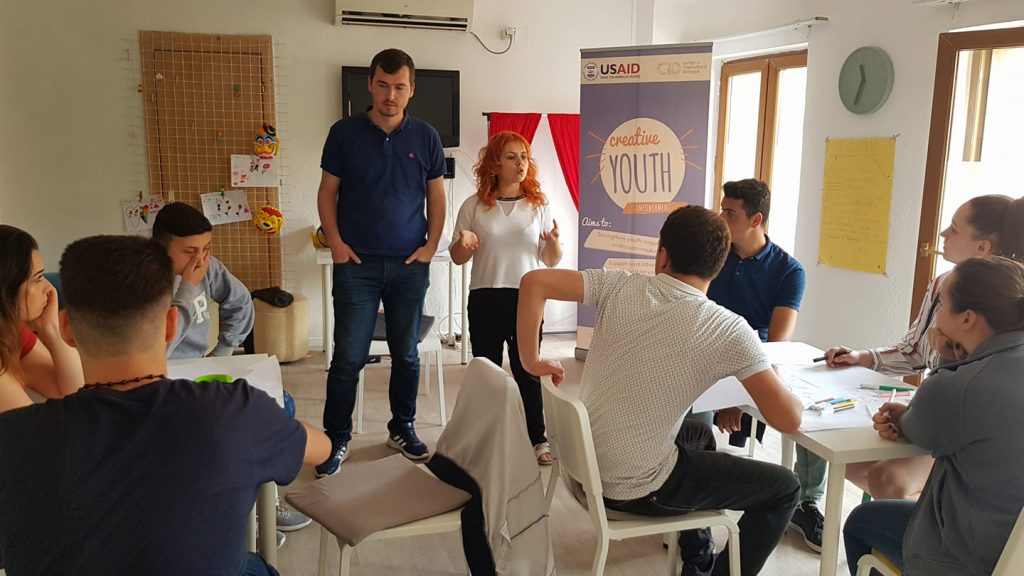 Edin and Jovana are two young people who were part of a leadership academy last year (CID Academy) and who were engaged in this project as mentors for the groups from Lipkovo and Kumanovo, respectively. Living in a rural area comes with its challenges, believes Edin; there are very few events for young people in Lipkovo, and the spaces that young people can use are limited to the schools. Sometimes the lack of proper transportation also prevents young people from attending various events in Kumanovo. Jovana, who is still a student in high-school, is an aspiring actress who engages in theatrical performances that raise awareness on topics that are relevant to youth. Joggling between all the responsibilities in school and being an active citizen in her spare time can be exhausting at times, shares Jovana.

Both Edin and Jovana are supporting these groups to bring to life their ideas by guiding them through the process of planning the budget, creating a timeline, dividing tasks, contacting the appropriate decision-makers to invite them to take part in the events, etc. Besides mentoring the group, they also act as role-models for the 13-15-year old primary school students, giving them a good example to follow and an opportunity to learn from peers about how young people can stay engaged.

Creative Youth Empowerment is a project that began on April 1 of this year and will last until January 31, 2019, being  supported by USAID through the Civic Engagement Project.