European Youth Together – Road to the Future: training in Struga 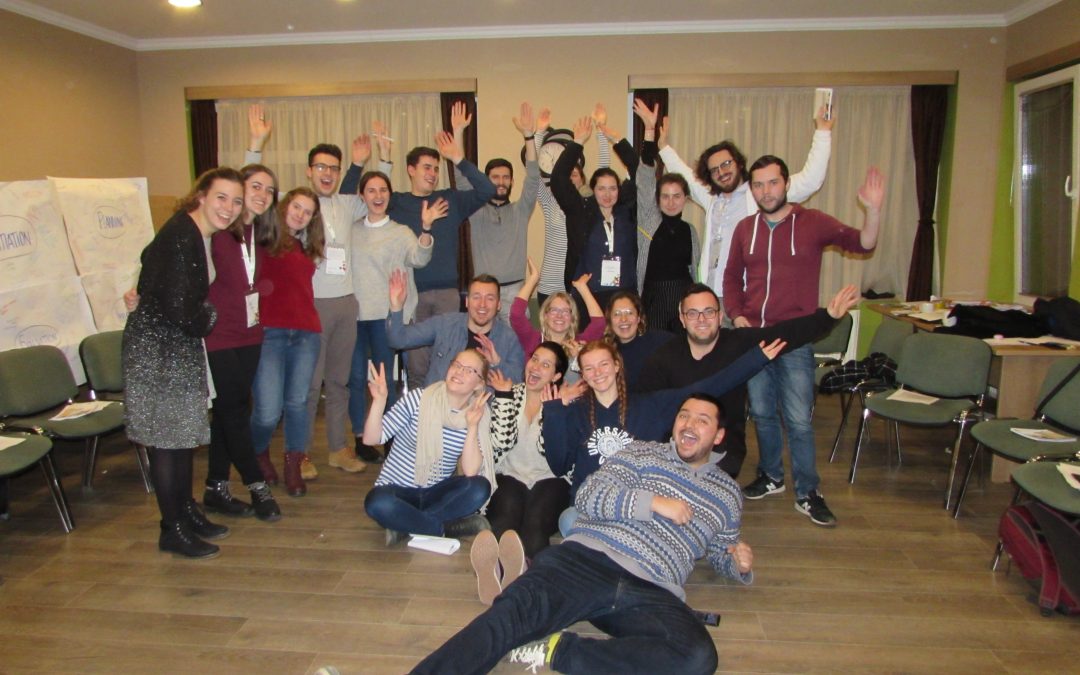 Building on a strong coalition of youth-led and volunteer-led civil society organizations and a network of political stakeholders and regional authorities, the project “Road to the Future” is designed to encourage and strengthen European-oriented youth participation for a specific democratic milestone, the European Parliament Elections 2019 and in the longer term for the future of Europe. The project is a joint partnership among 14 partner organizations and networks, from all across Europe. The initiative is built in two phases: the lead-up to the European Parliament elections 2019 and their follow-up.

For the first phase of the project Center for Intercultural Dialogue with the support of Young European Federalists Europe (JEF Europe) hosted a training course for facilitators and organizers “Road to the Future” between 2-9 February in Struga. There were 40 participants from 12 different countries who worked together to improve their knowledge on how to organize local inclusive events, activities and debates focusing on the participation of young voters in the European elections 2019.

After the participants got to know each other, shared the realities in their countries and learned more about the structure of European Union and European Parliament, they were separated in two groups with representatives from each participating country and had parallel sessions. The first group focused on building their capacities on moderating debates, and the second group improved their organizational skills. In the end they got together, planned and presented their activities. The training also included the use of the tools created during earlier project stages.

So what is next for our road to the future? CID will send 10 representatives on the youth exchange “I choose Europe” that will happen in Paris in the middle of March. We are looking forward on their feedbacks.

More photos from the training can be found here.