Ivana and Arta about Study session “The future is Now” 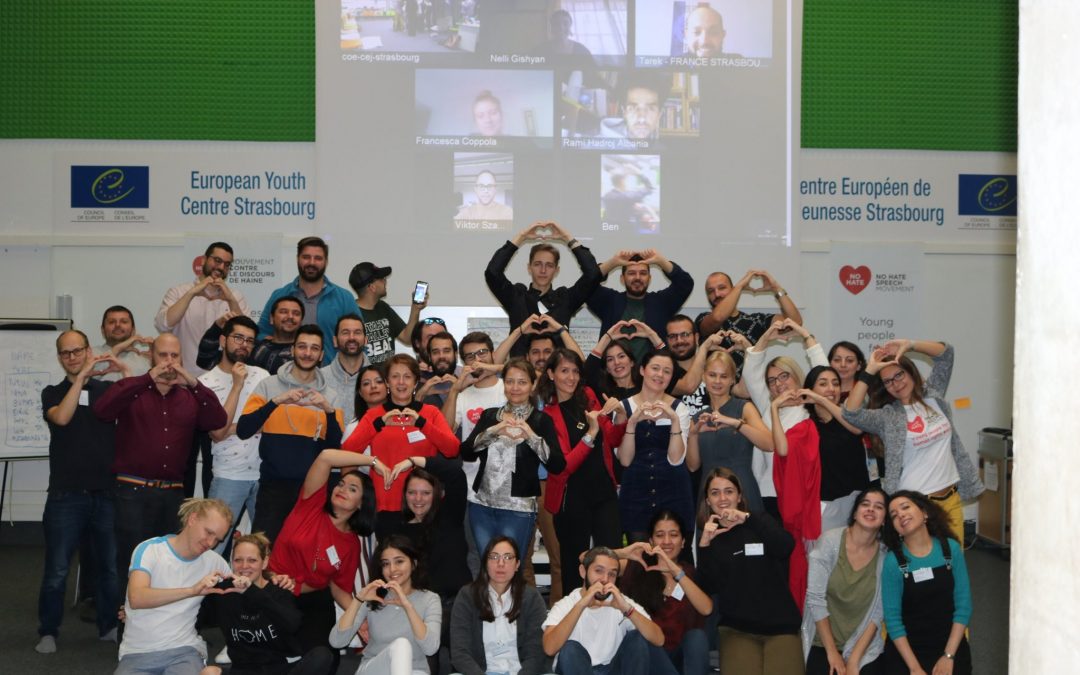 The NHSM officially terminated as a CoE campaign, but will now take its legacy to a new organization. The most enthusiastic activists of the movement gathered together to establish a network, to carry on the mission to combat (online) hate speech. A study session was organized in Strasbourg in October, our colleague Ivana Stojchevska was one of the participants, and Arta Abduli as a preparatory team member. The aim of this study session was to define the details of this new organisation.

In the period between 21-25 October the participants discuses and developed the structures and strategies, tools and actions that were needed to keep the Movement alive and act for human rights in our daily online and offline lives.

It was great to see how so many young people were actively engaged in the movement and that they didn’t want to see NHSM ending. With their passion about this topics and with the support of their organizations we menaged to agree that NHSM will continue to exist as a new organization with the same values, aims and objectives but with different structure – said Ivana Stojcevska

This study session aimed to create a meeting space for youth working against hate speech and for online and offline human rights, a space for raising skills, building capacity and networking on the No Hate Speech Movement’s needs and challenges, and using human rights education and counter- and alternative narratives to promote media literacy and youth participation in internet governance.

At the end of this study session we formed the new organization No Hate Speech Network with new statue and strategic plan, we had a general assembly where we elected 7 board members who are going to work for building this new organisation with the help of everyone present there, but not only those who were present but everybody who supported and worked in the frame of NHSM

It was great pleasure to be part of the preparatory team member. We started to work couple of months before for this study session so that in those days we have couple of things done before. I hope this organization will continue actively to fight against hate speech. This was one of the best experiences that I had as a facilitator – said Arta Abduli