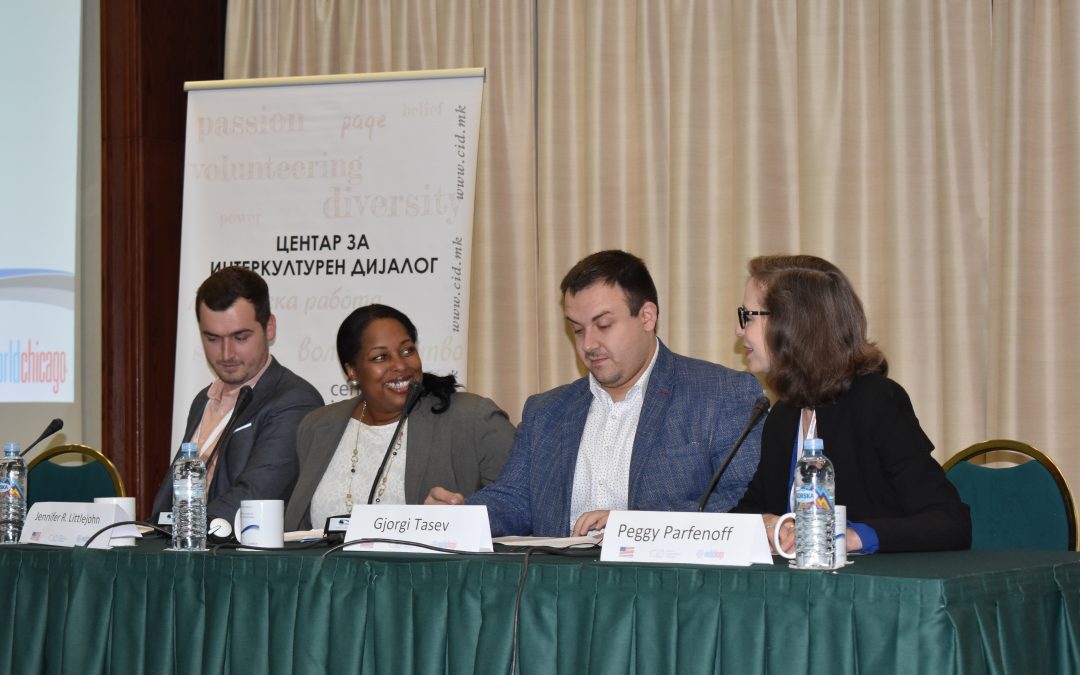 Center for Intercultural Dialogue in cooperation with WorldChicago from USA and with the financial support of the US Embassy in the Republic of North Macedonia organized a National Summit “Resilient Youth for Cohesive Communities” on December 19, 2019 in hotel Holiday Inn, Skopje. 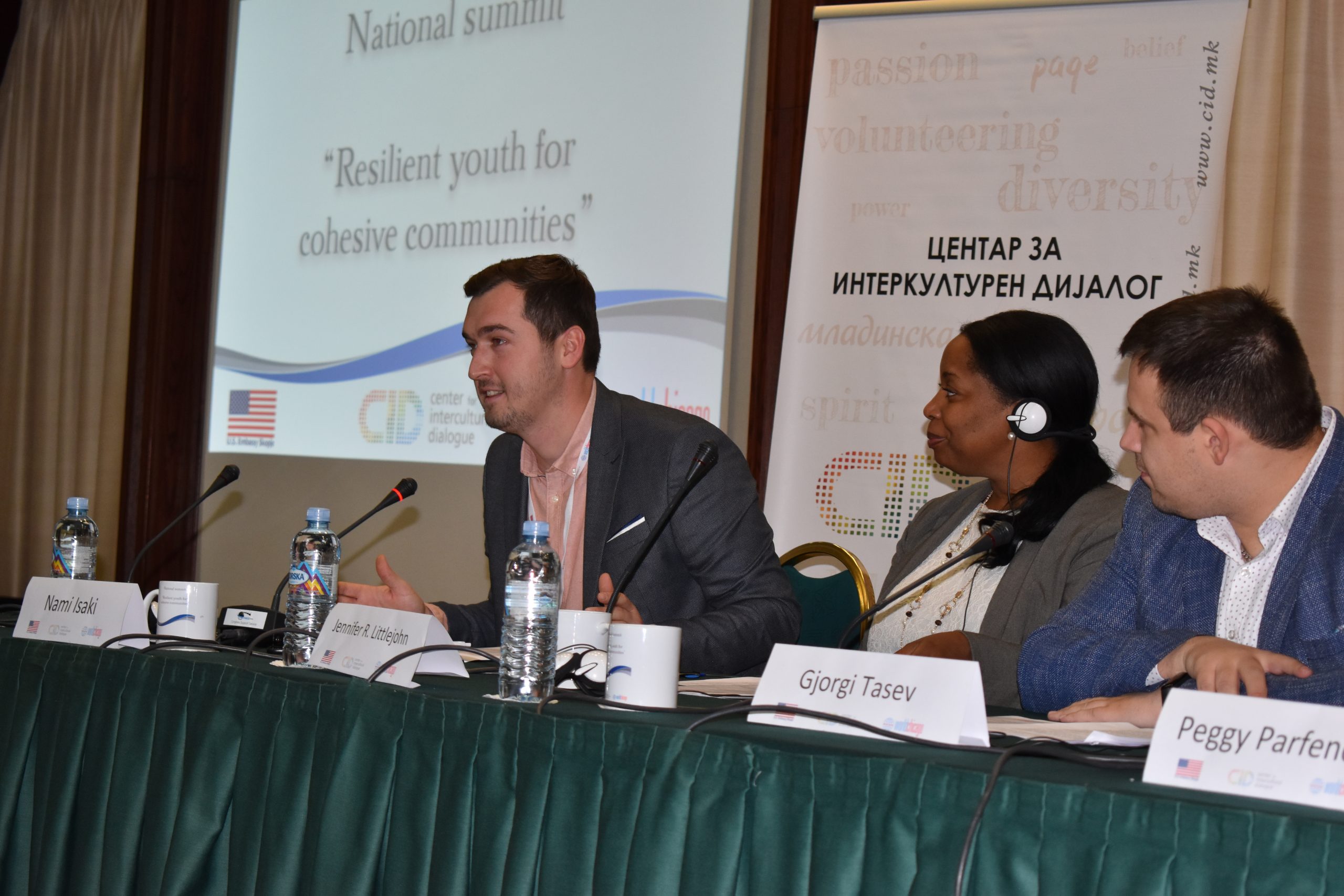 The summit began with welcoming speaches from Nami Isaki – our executive director and Peggy Perfenoff – president of WorldChicago, followed by Jennifer R. Littlejohn – Deputy Chief of Mission in U.S. Embassy in North Macedonia who gave an overview of the current situation in the North Macedonia, as well the efforts of the U.S. Embassy in the creation of cohesive and resilient communities in the country, and Gjorgi Tasev – Special advisor for youth and sport to the Prime Minister who talked about the National strategy “One society for all”. 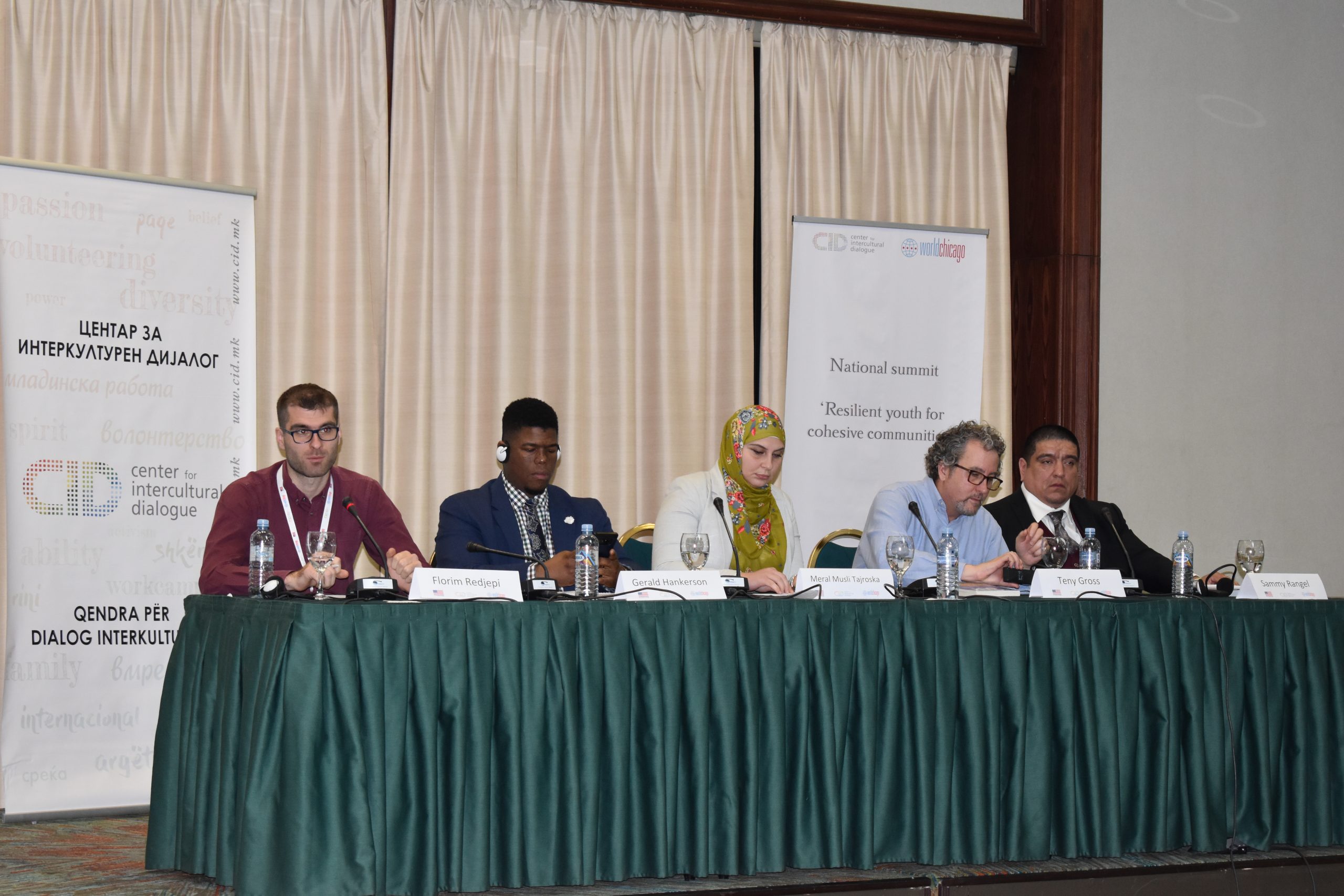 The second part of the summit was envisioned as interactive inputs and panel discussion from the key experts: Teny Gross – executive director of Institute for Nonviolence Chicago, Sammy Rangel – co-founder and executive director of Life After Hate, Gerald Hankerson – outreach coordinator at Council on American-Islamic Relations, Meral Musli Tajroska – consultant on extremism and radicalization and CEO of the NGO Pleiades and Florim Rexhepi – project coordinator at Center for intercultural dialogue.

In the last part of the summit the participants divided in three groups, and together with the key experts worked on one of the following topics: controlling media and national narratives for religious tolerance, Public health approaches to countering violence and producing peace through public-private partnerships.

The event was a huge success! It gathered more than 150 participants from all around the country. The programme was followed on Macedonian, Albanian and English simultaneously.