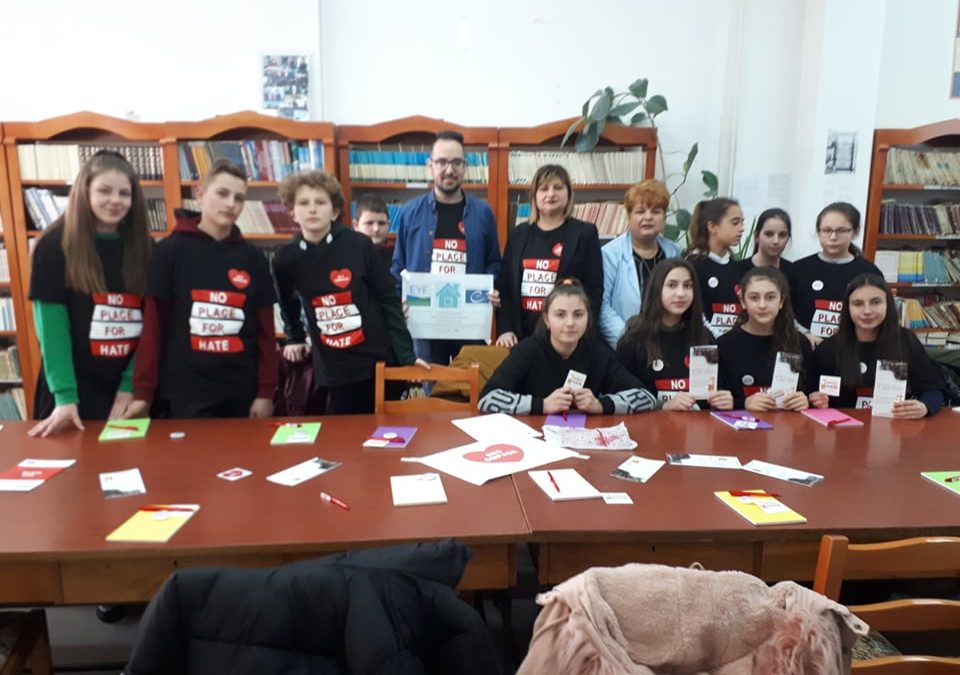 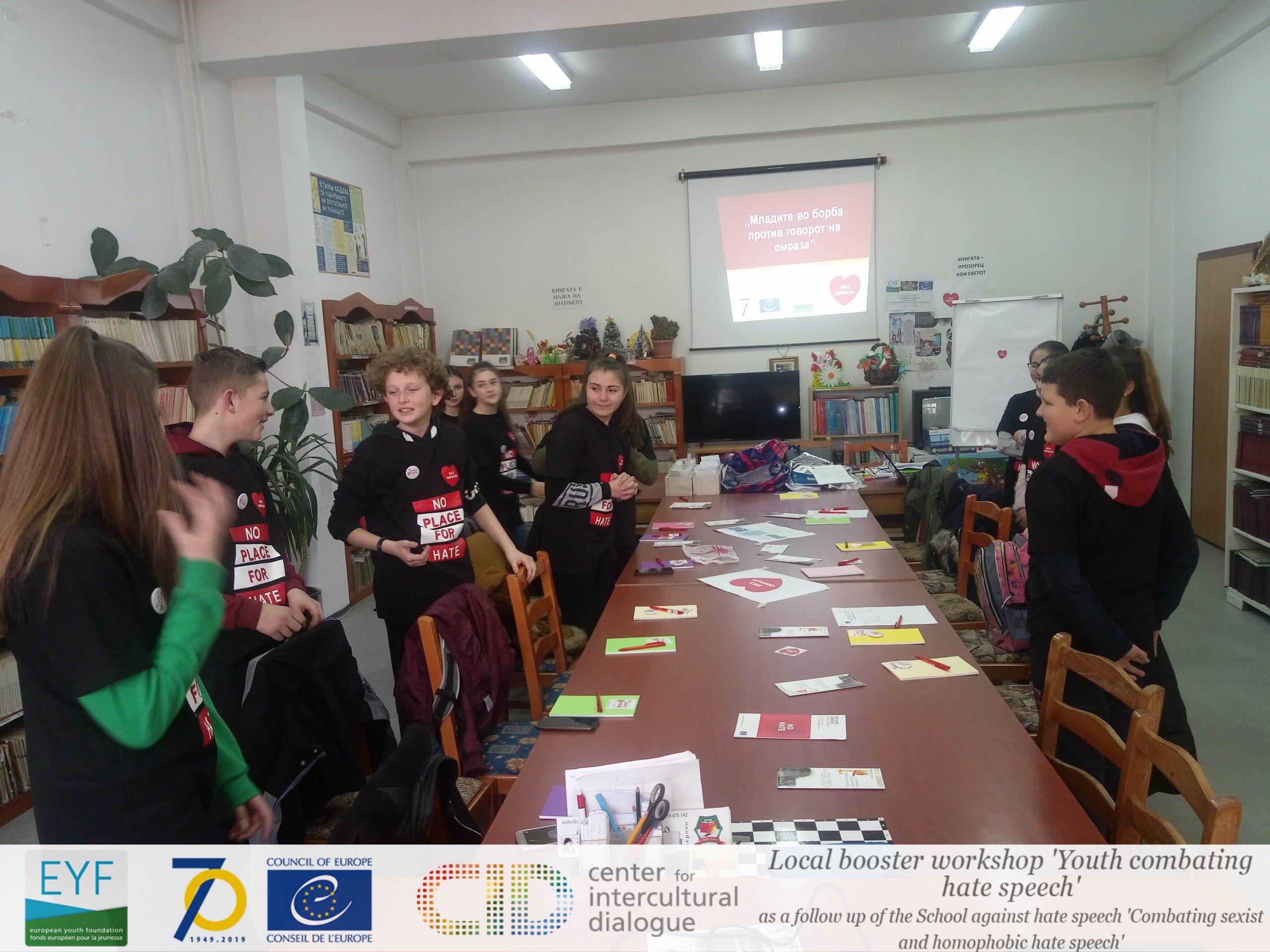 ‘Youth combating hate speech’ – a local booster workshop was implemented on 6th March 2020 in the primary school ‘Dedo Iljo Maleshevski’ in Berovo. This workshop was organized as a follow-up activity of the 8th School against hate speech ‘Combating sexist and homophobic hate speech’ supported by the European Youth Foundation of Council of Europe. It was facilitated by Vancho Chibanski, the school psychologist, and also one of the participants from the School. Participants were eleven students from sixth to ninth grade, members of the school parliament.
The school principal and the pedagogue were also present and welcomed the participants. After the bordering hate speech.getting-to-know-each-other and ice-breaking activities, participants were introduced to the concepts of hate speech, hate crimes, discrimination, stereotypes, prejudices, and learned how to combat them. They discussed human rights, mainly the freedom of expression and how it is
In the end, participants shared that they gained new knowledge It was interesting for them thus they participated actively, followed everything and paid attention during the activities even though it was after classes. They also promised that they will react when they see such a situation of hate speech, and they will participate in more activities of non-formal education.
These young people say there is NO PLACE FOR HATE. Join them, combat hate speech and SPREAD LOVE! ❤️️ 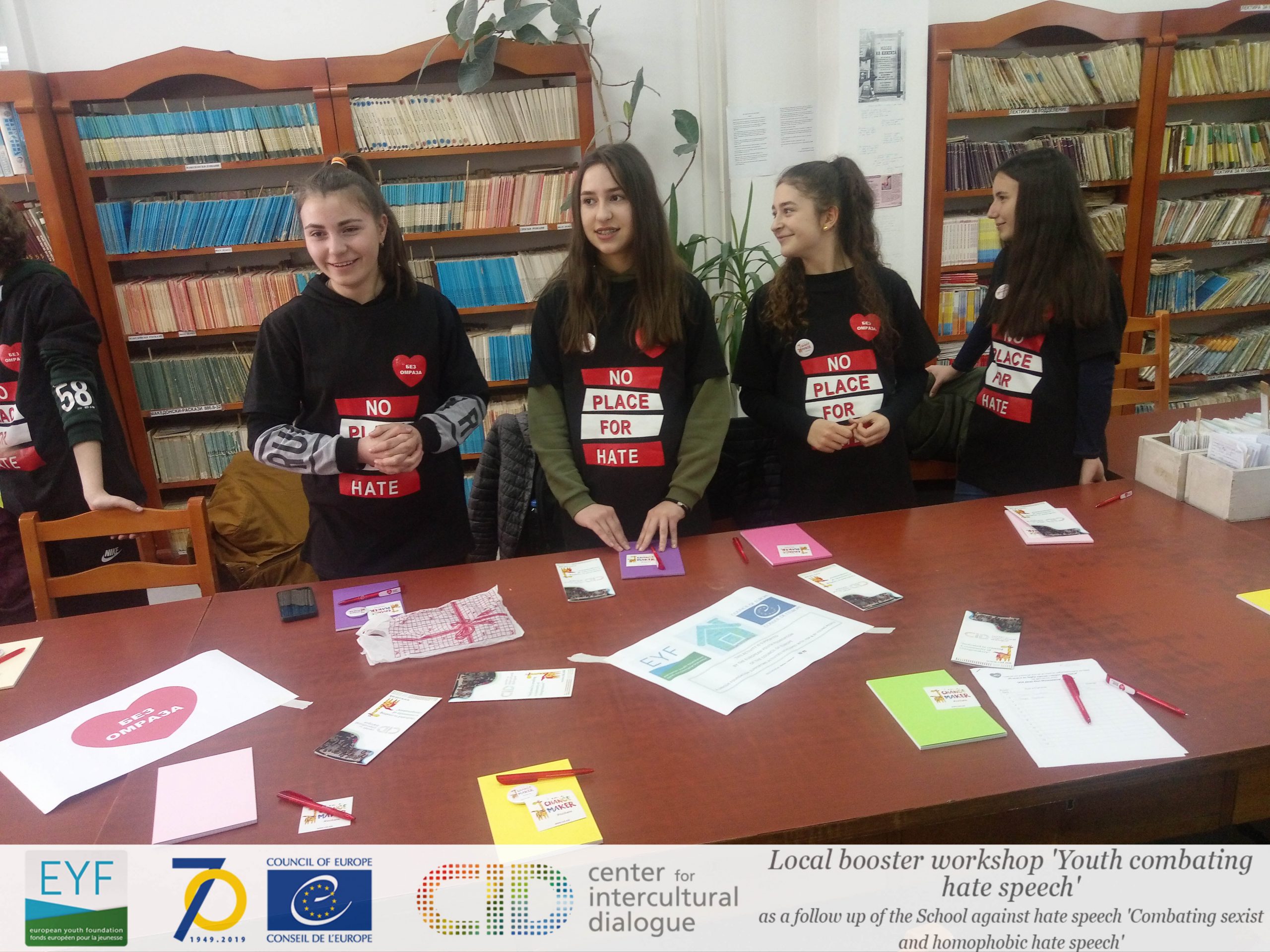 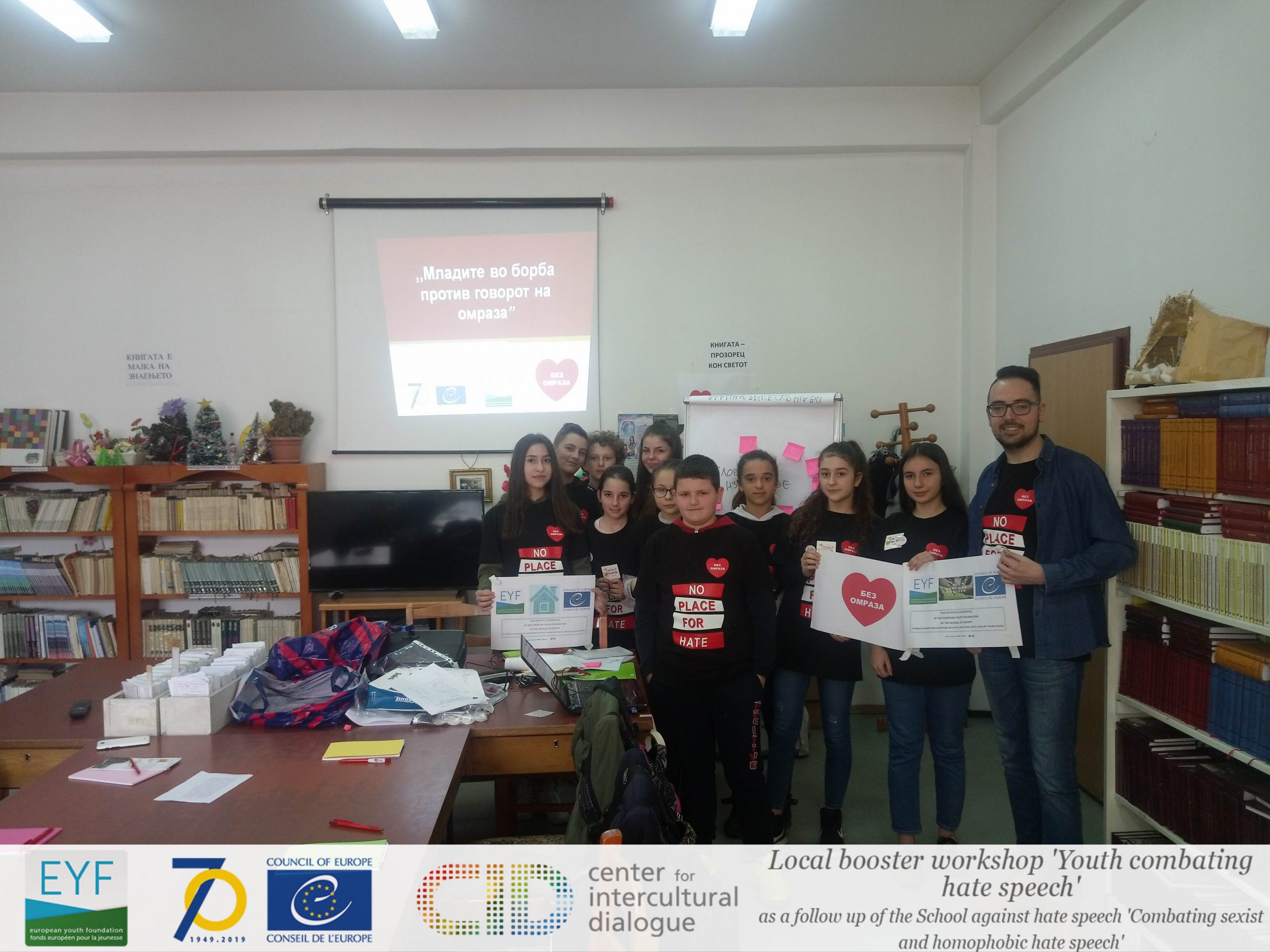