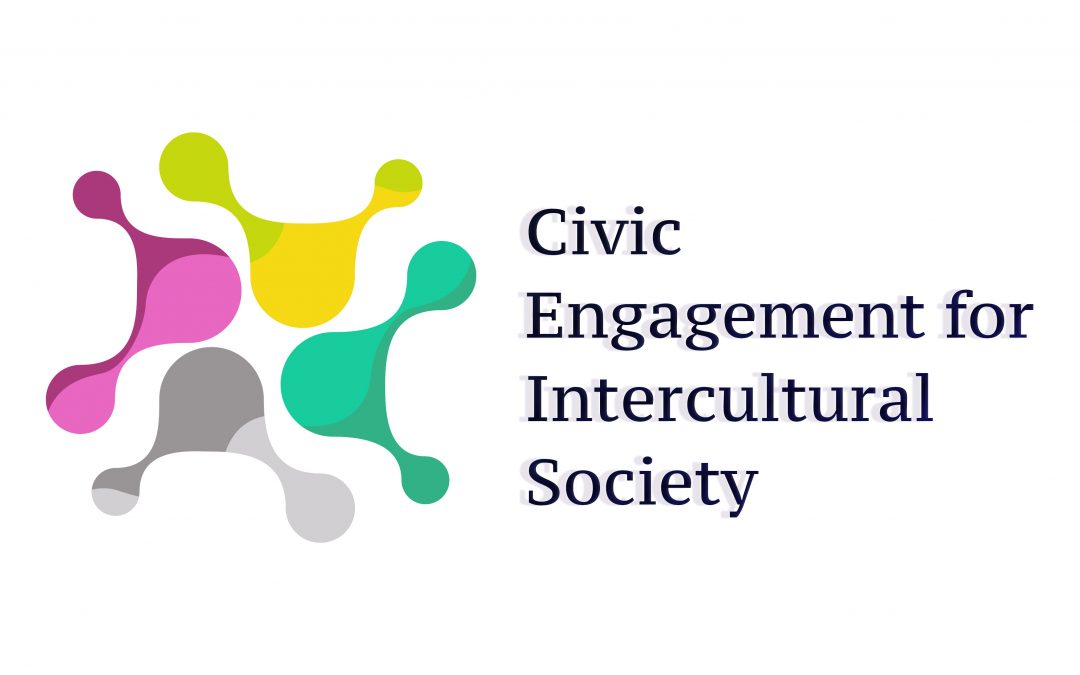 After the No hate school the participants continued with the implementation of the action plans in their communities in Kumanovo, Kavadarci, Kichevo and Gostivar. Due to the corona crisis some of them underwent change.

In Kumanovo, there were opened two calls, one for drawing competition and other for the essay competition. The call for drawing competition was opened for the students from 6th to 9th grade primary school and they had to send their drawings on topic “In which multi ethnic society do we live?”. The call for essays was opened for the high school students from 1st to 4th grade. They had to send their essays on topic “In what kind of multi ethnic society do we live?”.  There was online voting for the drawings and the essays. The first three places in both competitions received symbolic prizes.

In Gostivar the no hate school group created a short video with the members from Commission on  Relations between the Communities (CRBC), City Council and youth. The video was published on the Facebook pages the NGO Organized Youth Association (OYA), Youth and Community Center Gostivar (YCC) and the local television (TV GLOBI). Through this video were advocated the role of the CRBC and the youth expectations from the CRBC within the municipality and the citizens of Gostivar were able to better understand the work of this commission.

In Kavadarci, there was also filmed a video for the Commission on Relations between the Communities (CRBC) that will be created there. In the video participated the persons from the municipality City Council that will take part in the creation of this commission and the representative from NGO SPPMD. They have shared the information about what CRBC and through this video the participants explained the role of the CRBC and advocated the added value of the creation of CRBC in their municipality. The video was published on the Facebook page of the SPPMD and the local internet portal, so the citizens from Kavadarci had an access to it.

In Kichevo there was an online campaign with pictures with general information about the Commission on Relations between the Communities that were posted on the Facebook page of the NGO FACTOR. In this way the citizens in Kichevo were able to see these pictures and to be better introduced for the existence and the role of this commission within their municipality. 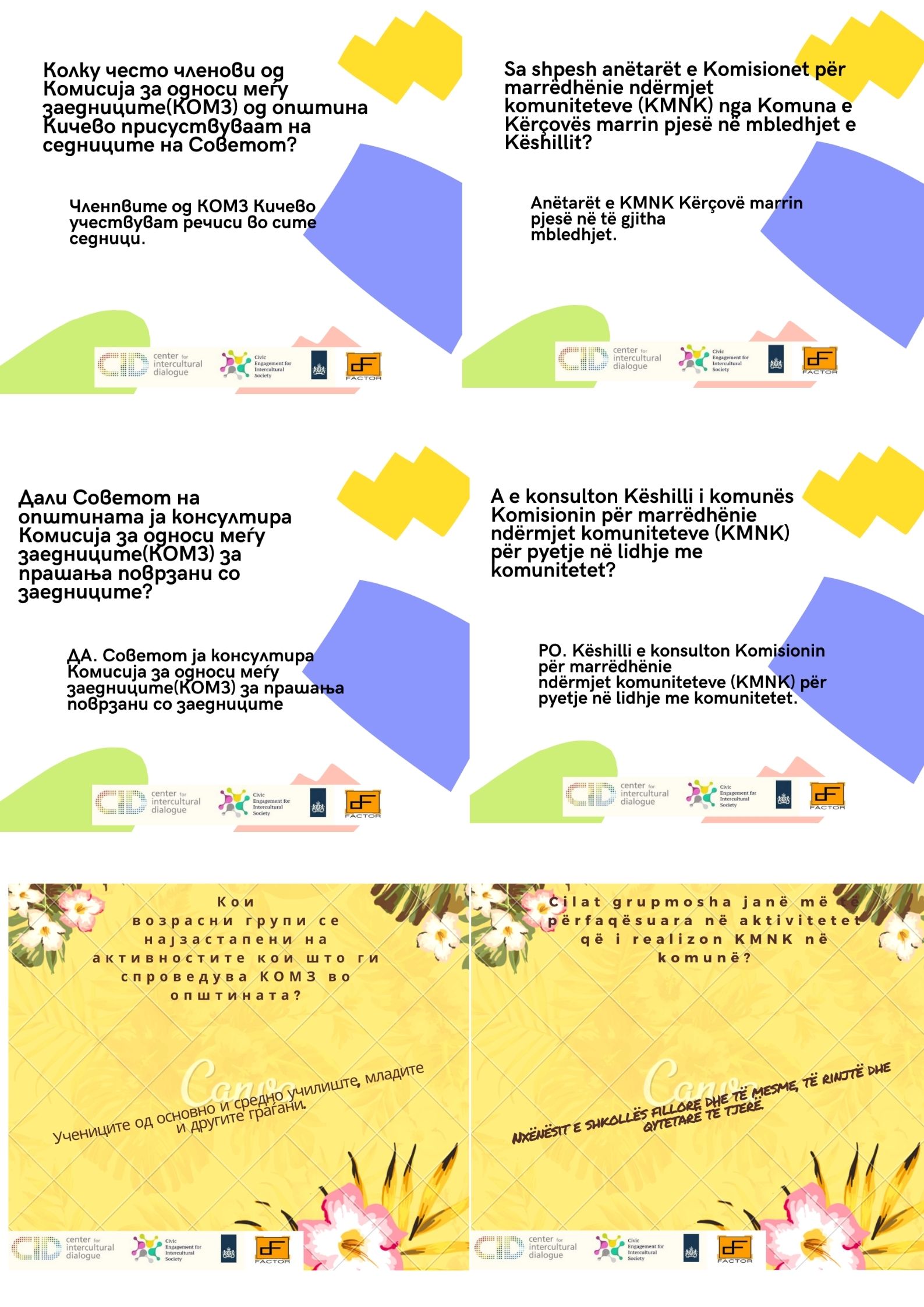 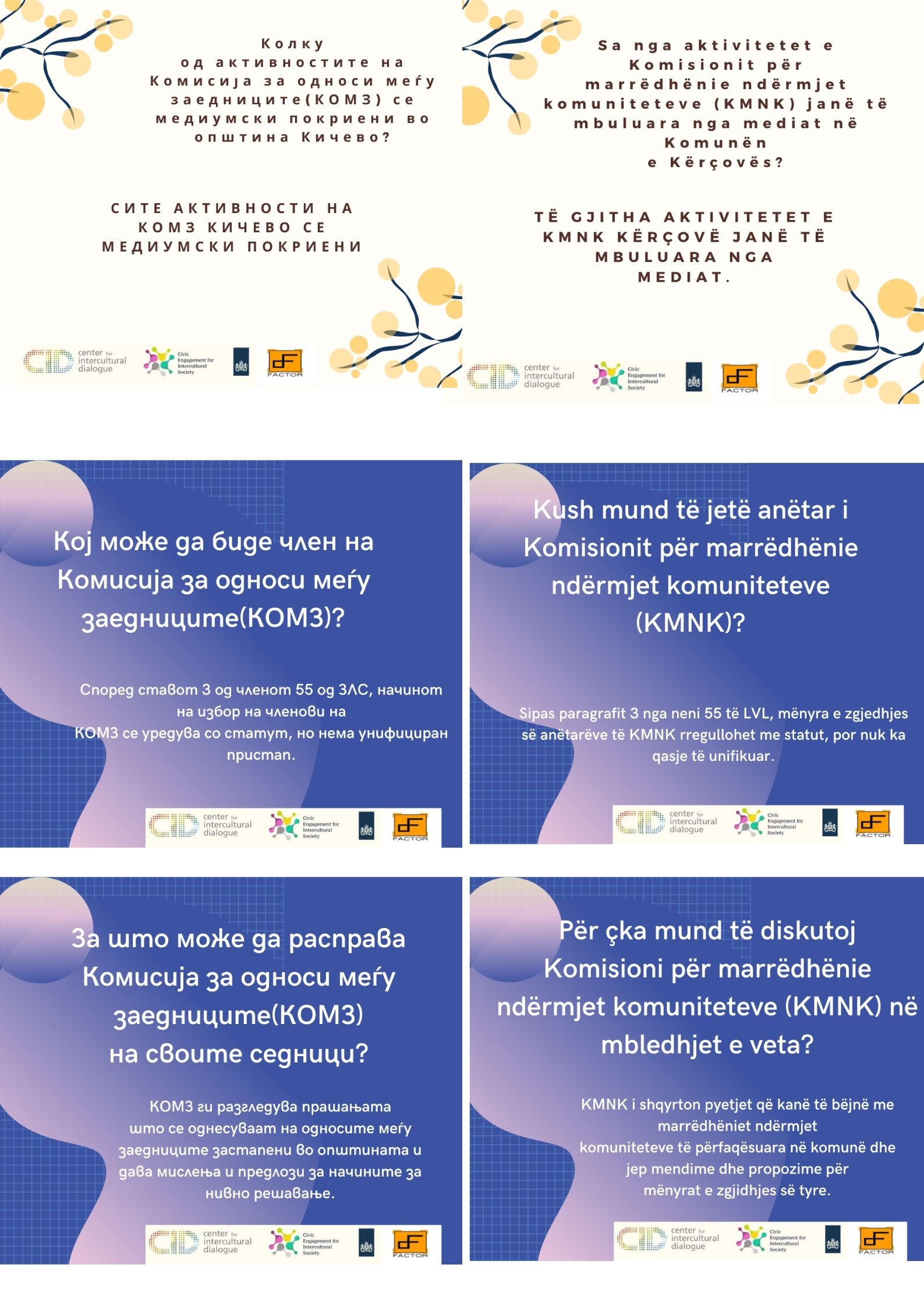 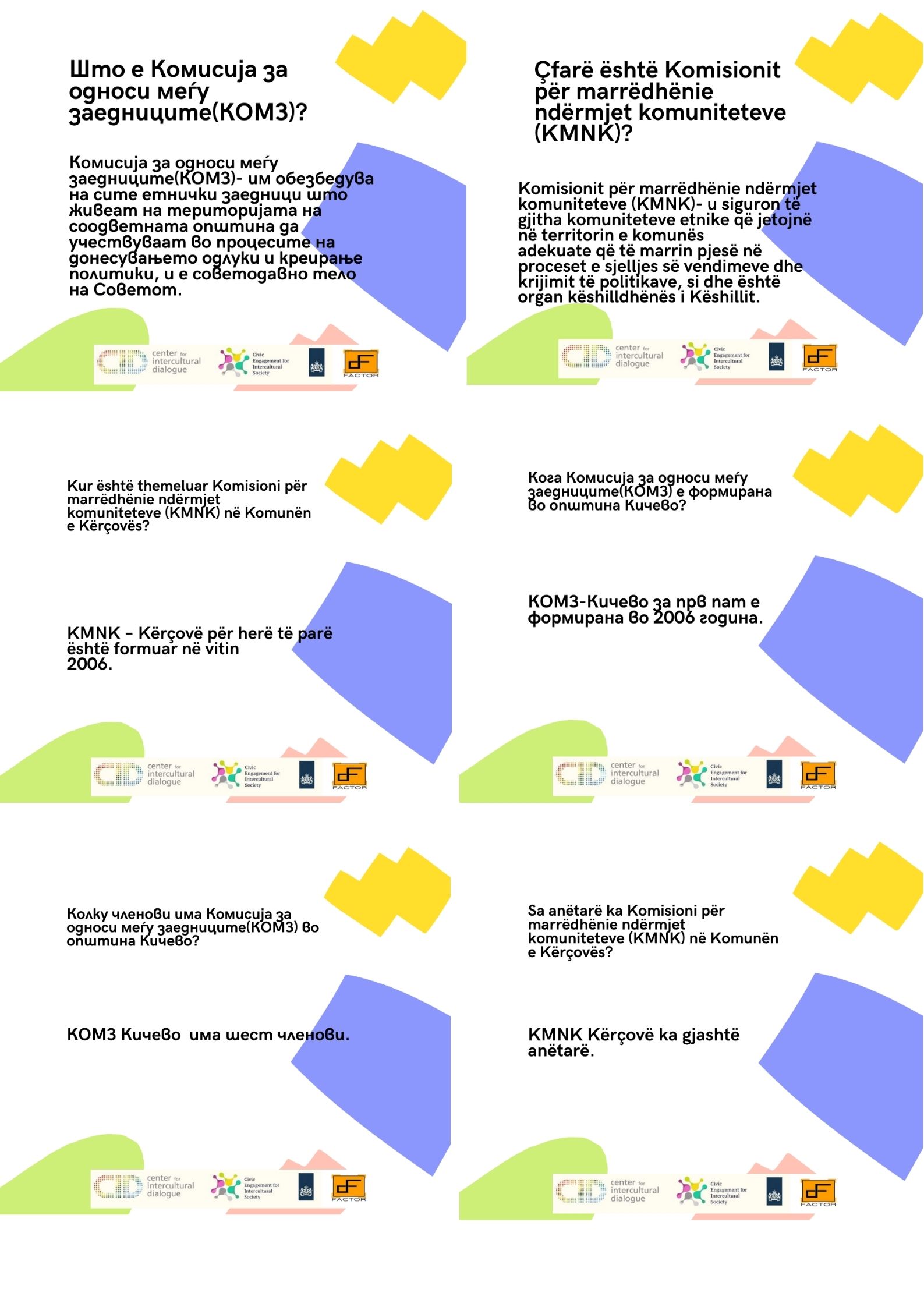 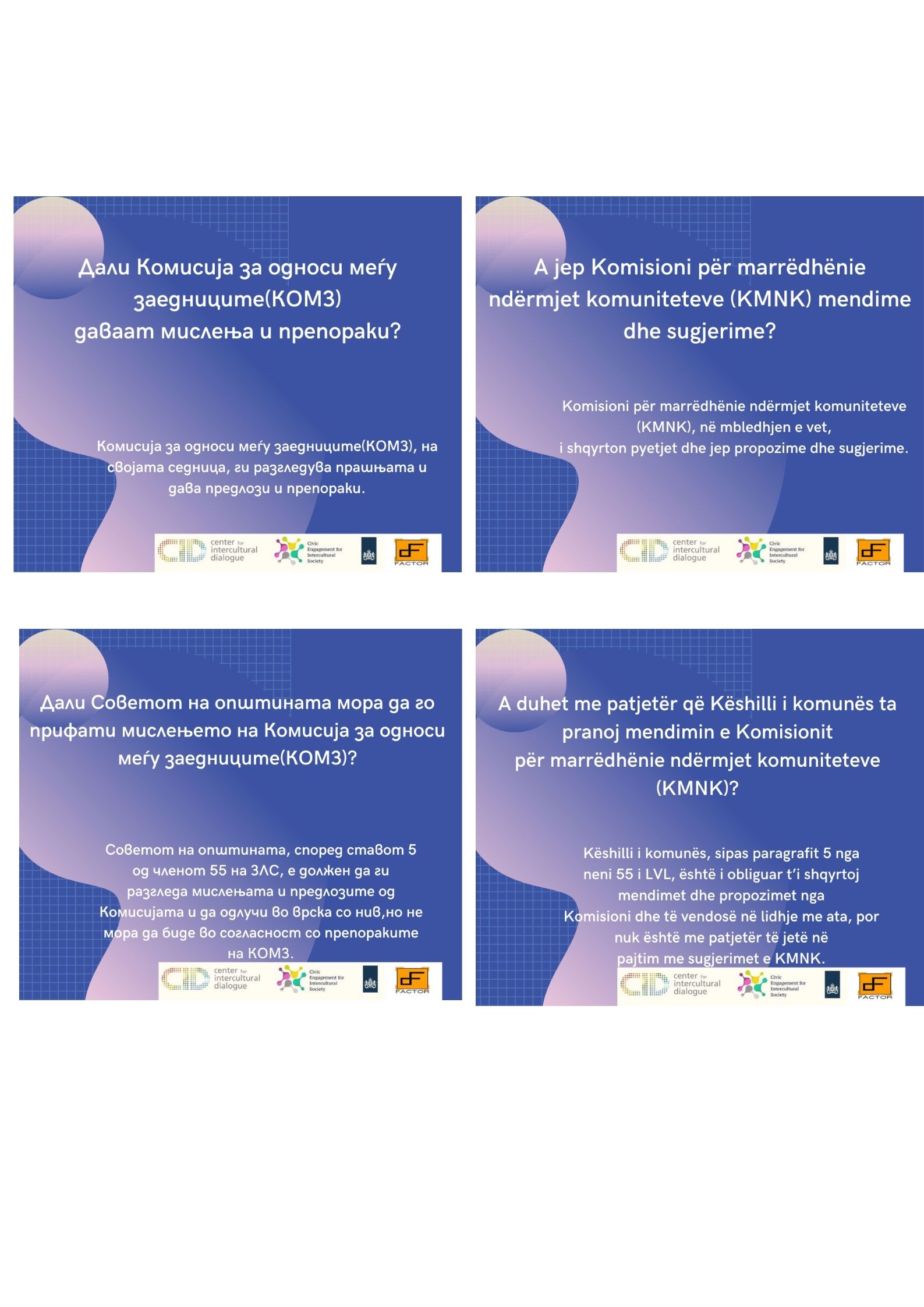