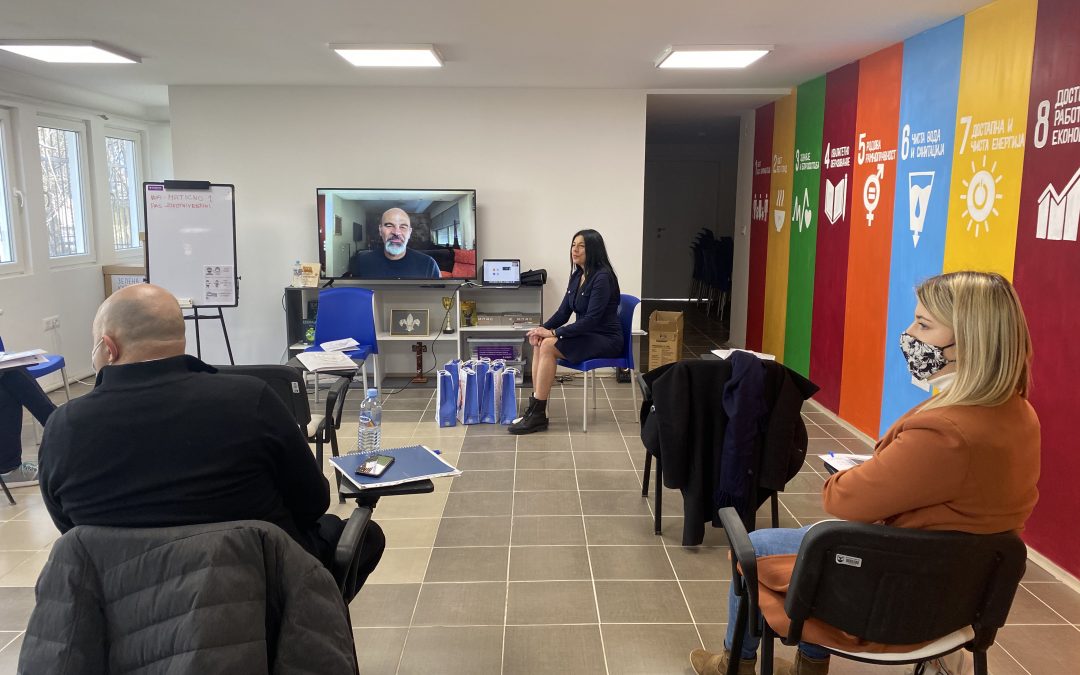 On March 12th, Center for Intercultural Dialogue organized the 3rd roundtable in Skopje as a part of the project “Developing a new generation of sport fans” together with the partners from Belgrade, Serbia – Football fans association “The Gentlemen” and Football club “Lukomotiva”; and also, A.S.T.E.R.I Association from Thessaloniki, Greece.
The main aim of the roundtable was to explore the reality of Greece regarding sport fans, avoidance, and measurements on violence on stadiums as well as intercultural exchange and hate speech.
Tanya Kyriakidou, our partner from Greece opened the meeting bearing gifts from their hometown, Thessaloniki, and began presenting their work, vision, activities and the mission of their organization.
Next on the agenda was a presentation from the owner of beacharena.gr – Michalis Triantafyllidis, which he is the athlete with the most titles and championship in beach volleyball. His speech was about the fans and their behavior in his sport center.
Aris Lykogiannis, the coach of the basketball club PAOK was next on the agenda and continued our meeting by sharing his experience and the challenges he had with the fans from his several years of professional coaching in Greece.
In our meeting, we also had the chance to hear the former General manager of KAE Aris, basketball team of Thessaloniki, Makis Ioannidis. He talked about his time as a manager of Aris and how he had to react on many things with the fans in the arena.
Last but not least was also the presence of Dr. Konstantinos Manologlou which is an Orthopedic Surgeon and is in charge of the sports injury and Trauma Center Bioclinic in Thessaloniki, and also the Chief of Medical staff Soccer and Basketball Team Hercules, a Doctor at Aristotle University of Thessaloniki, and an active member of ESSKA (European Society of Sports Traumatology, Knee Surgery and Arthroscopy).
Unfortunately, we missed the presence of Giannis Zarotis which he holds a license to practice Psychology in the Department of Psychology of the Kapodistrian University of Athens, and he is a Graduate of the Faculty of Psychology, Ioannina, has a PhD in Department of Psychology of EKPA MS “Physical Education and Sports” of T.E.F.A.A. “Sports Psychology”, and is a member of the Association of Greek Psychologists (SEPS), & the European Federation of Sport Psychology (FEPSAC), but had the chance to hear from him from an written speech of his, and with that our roundtable came to an end. 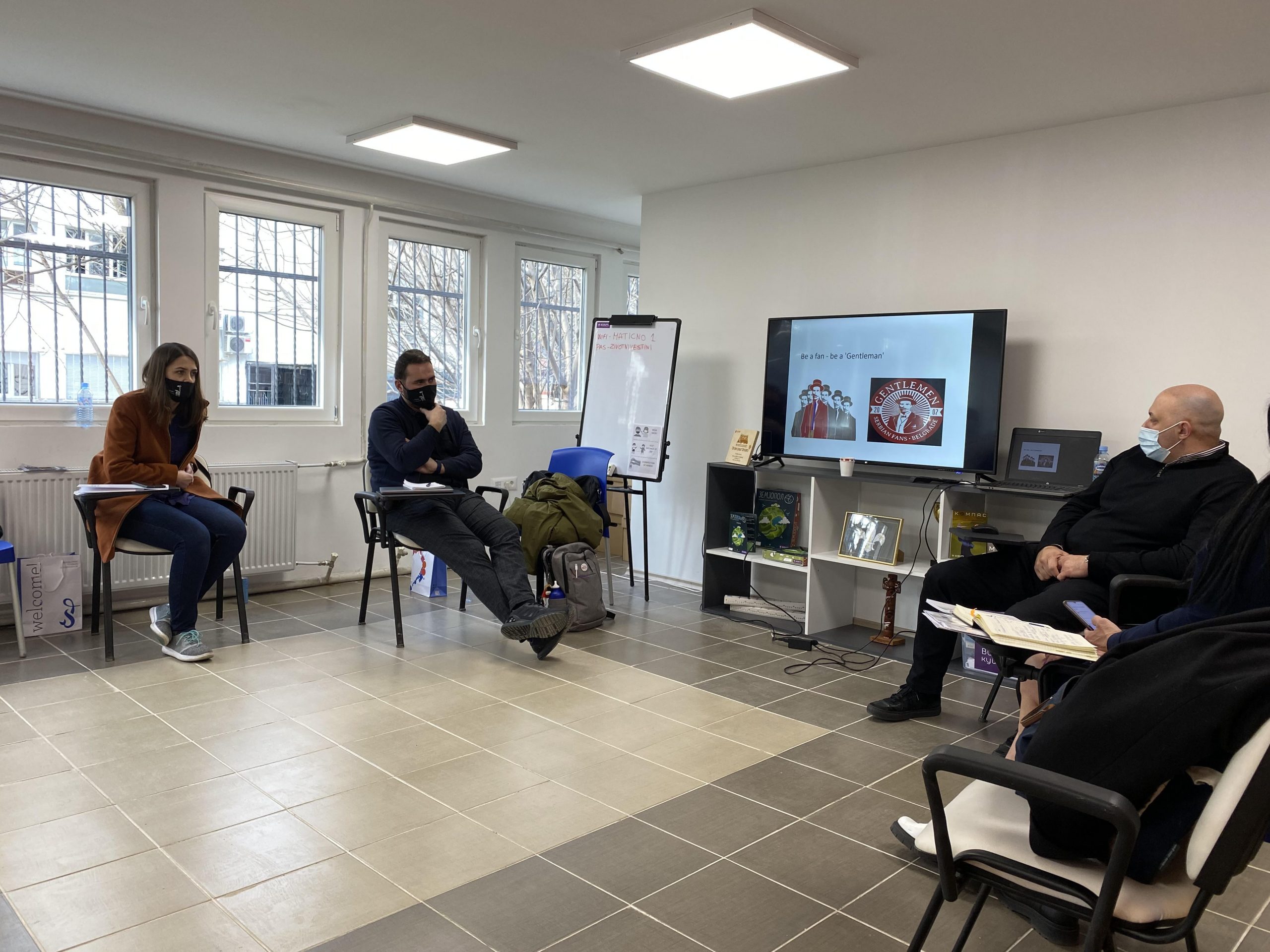