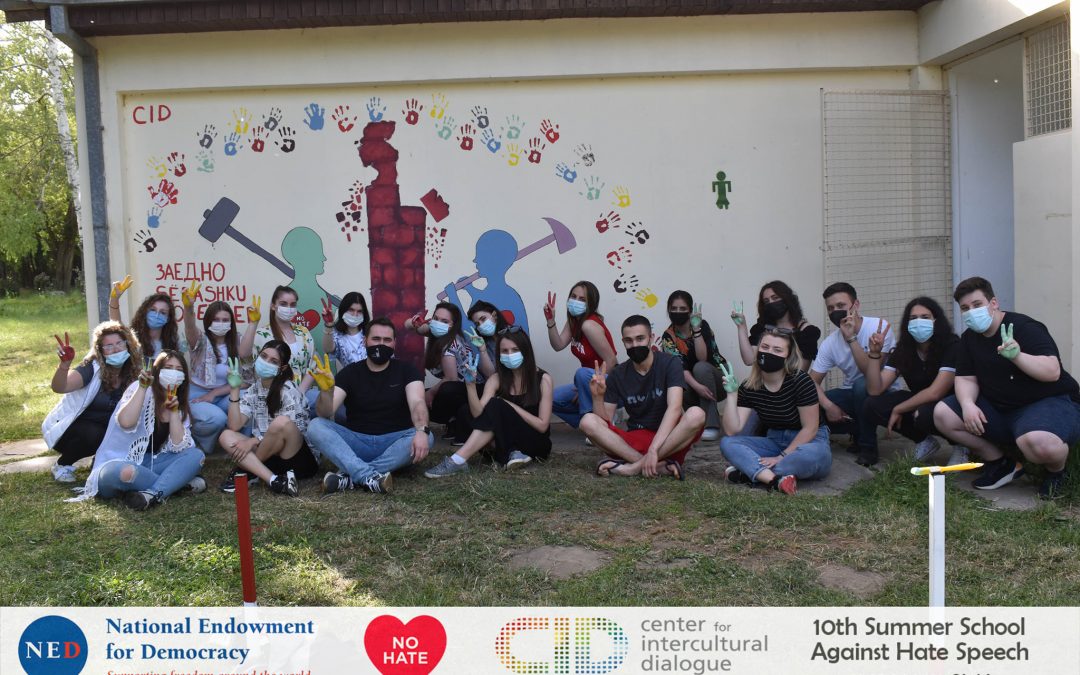 May caught us preparing to deliver the 10th Summer School Against Hate Speech. It has become a beautiful tradition to have the school as a yearly event and to train volunteers, youth workers and educational practitioners from all around the country to identify and combat hate speech and hate crime. This year we are proud to say that we organized the 10th jubilee school against hate sppech, intended for the local young people from three municipalities Kumanovo, Staro Nagorichane and Lipkovo.

The training was held from 21st to 25th of May in Ohrid and included 20 volunteers and students from the six high-schools in Kumanovo.

As a final product from the participants was the mural that they created in the scout center in Ohrid were we held the training. The mural was a result from the 5 days training and the knowledge that was gained. With the mural the participants are sharing a massage that #together #sëbashku #заедно we are fighting against hate speech and hate crimes.

The training was organized by Center for Intercultural Dialogue with the support of the National Endowment for Democracy (NED).