Andjela about her job shadowing experience in CID 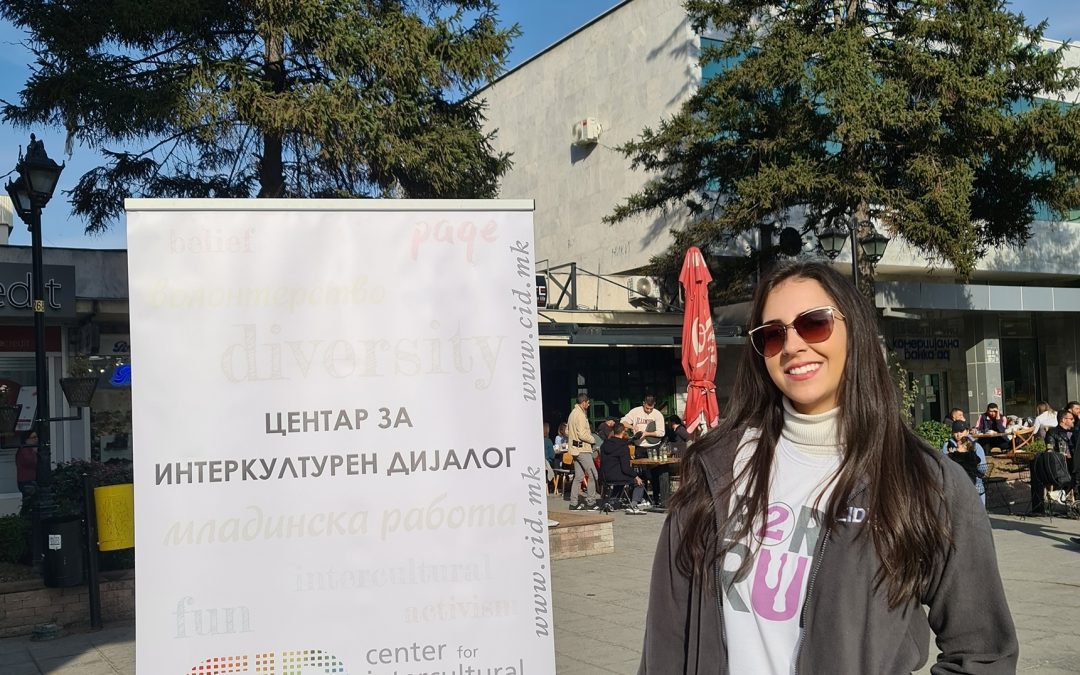 I come from Montenegro, a country small in size but large in the beauties of the north and south. I love my country, but travel is my life. I think that a richer man is the one who gains new experiences by visiting various countries rather than the one who sits adorned with gold in a huge castle. By coming to North Macedonia I gained a wonderful and new experience and met a great team of people from CID (Center for Intercultural Dialogue). Many asked me how I even found out about this organization and how I got the opportunity to work there for three weeks. Namely, it all started last month with my participation in the seminar for Youth Ambassadors of non-formal learning, which was held in Mostar, Bosnia and Herzegovina. There, I had the opportunity to learn something more about the importance of non-formal education together with 34 young participants from 11 EU countries, as well as to hear the experiences of some of them about the so-called “job shadowing”. Listening only to positive opinions about the same, I got the desire to try myself as a “job shadower”, which the NGO ADP ZID, from Podgorica, made possible for me. The members of CID welcomed me with dinner in Kumanovo, a town near the capital Skopje. Already during dinner, I realized that I had come to a team that nurtures beautiful relationships, and whose motto is: “We are not colleagues, we are family.” They proved it to me in such a short time. Good organization, teamwork, socializing and lots of laughter are synonyms for CID. I come to the office every day with a smile on my face because I know that I have an interesting task ahead of me given by my mentor Besart, so there is never room for monotony there. There are a lot of projects we work on, and I’m always learning something new. So far I have worked on a KA2 Erasmus+ project called Virtual Mobilities for All, and I also had the chance to be on the organizing part of the “Born 2 Run” project, which is a 10K and 3K race that took place in the city of Kumanovo, where CID organized it with the support of the municipality, the police, OSCE Mission to Skopje and other organizations. Besides the office, we spend a lot of time in the Youth Center MultiКулти, where we were constantly joined by mostly high school students, volunteers. I have never seen so many different young people in one place, and so much harmony and friendship. Some of them speak Macedonian, others Albanian, but in the end they all understand and socialize under the wings of this organization. When I’m done with work, I like to walk around the city, meet new people, and so every day I learn something new about this city and the culture. Particularly, the bright lights on the main square and a large number of statues in Skopje impressed me. At times I felt like I was in Budapest. And if you want to escape from the hustle and the big crowd of people, or walk somewhere where the air is cleanest, be sure to go to Vodno. That place at the top is adorned with a beautiful huge cross that can be seen from anywhere in Skopje. Working on yourself and improving yourself, but at the same time traveling and socializing is the most beautiful thing you can give yourself. My advice to young people is to go beyond the framework set for them by family, friends, or dictated to them by the politics of the country in which they live. In the end, no matter how much difference there is, we are all human, called Montenegrins, Macedonians or Albanians. I owe my gratitude to the NGO ADP ZID, and especially to Milena Scepanovic, my coordinator, who gave me the chance to come here and gain an unforgettable experience, as well as to all members of the NGO CID, for the nice hospitality and feeling like I am home.

Andjela also took the liberty to talk about her 2nd half of her job shadowing opportunity and she labels it as “New week, new experience”

They say that every beginning is difficult, however, it doesn’t have to be always. I quickly fit into the new environment, getting used to listening to Macedonian and Albanian, and by constantly communicating with people, I learned a lot of Macedonian words.

As for work, we’re not just at the office. Last week I had the opportunity to visit two new cities with my colleagues.

First, we had a scheduled panel discussion regarding the implementation of the Law on Youth Participation and Youth Policy, and the speakers for this panel discussion were: The Mayor of Kratovo, the President of the Kratovo Municipal Council, and the Youth Officer. The discussion was part of the activities of Youth Policy Labs, within the Civic Participation project, implemented by CID (Center for Intercultural Dialogue). It was a pleasure for me to participate and make a modest contribution to the discussion with my suggestions.

After we successfully ended the panel discussion, it felt like it would been a sin if we didn’t stop by a nearby restaurant and tried the specialty for which the Kratovo city is famous, the so-called “Pastrmajka” (in Kumanovo is called “Pastrmajlija”).

The next day I went to a city called Kriva Palanka. A colleague joked that the place bears such a name because of the large number of curves on the way there (Крива(Kriva) – curve).

Kriva Palanka is adorned by the magnificent monastery of St. Joakim Osogovski, surrounded by mountains, from where there is a view of the whole city. After a short tour, we went to the Europe House Palanka where the International Day for Tolerance was marked. We pointed out to high school students the importance and respect for human rights through an interesting and interactive workshop. The aim was to raise young people’s awareness of equality in society and to teach them to oppose hate speech and intolerance.

Another work week passes. I know the time is approaching for me to return to my hometown. I will miss all members of the CID organization, I will miss MultiКулти, ie. The volunteers I had the chance to hang out with there.

It was an honor to be a part of CID, and I believe that once again the wind will blow me into this office.

Thanks for the nice experience. 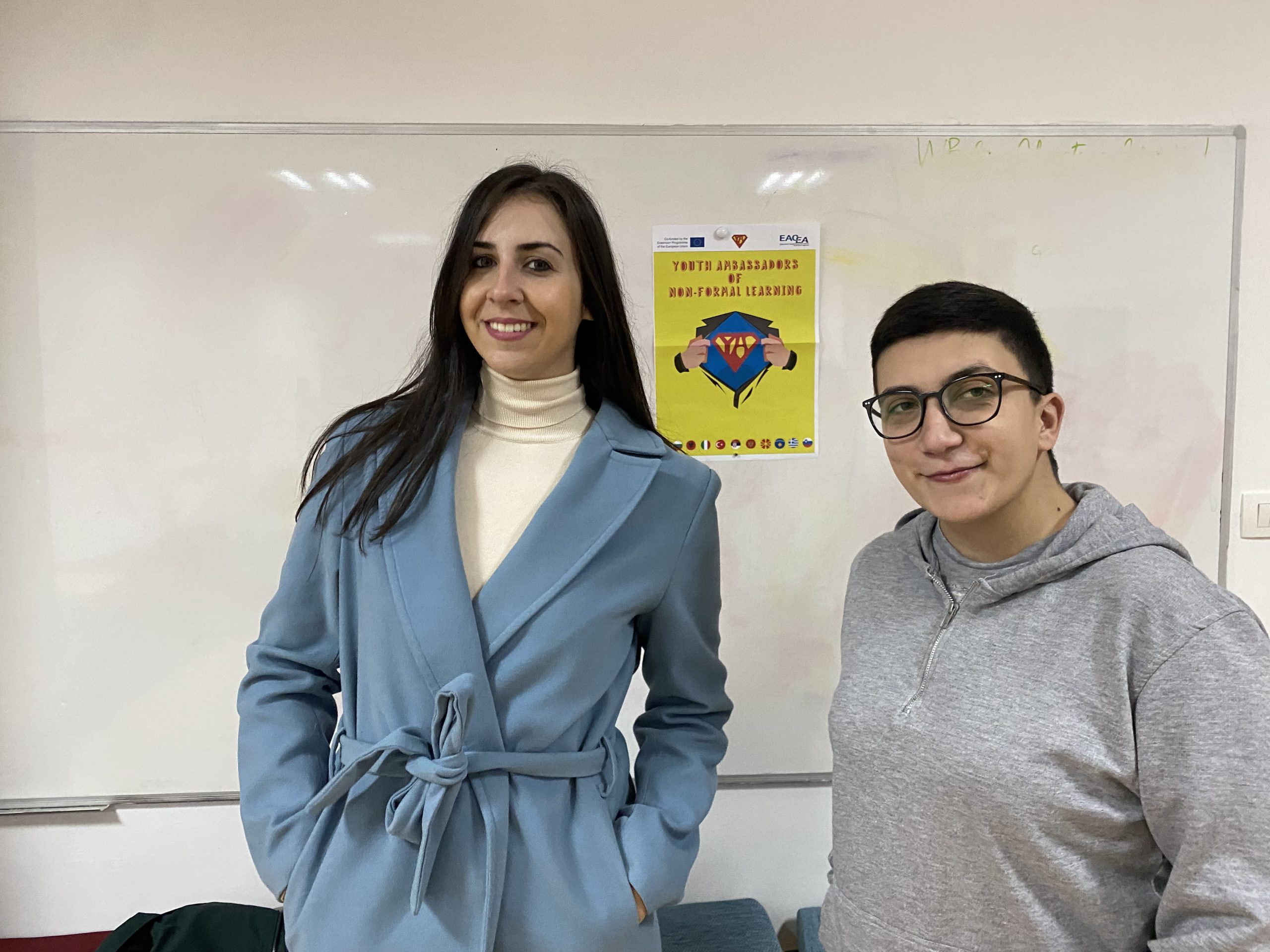 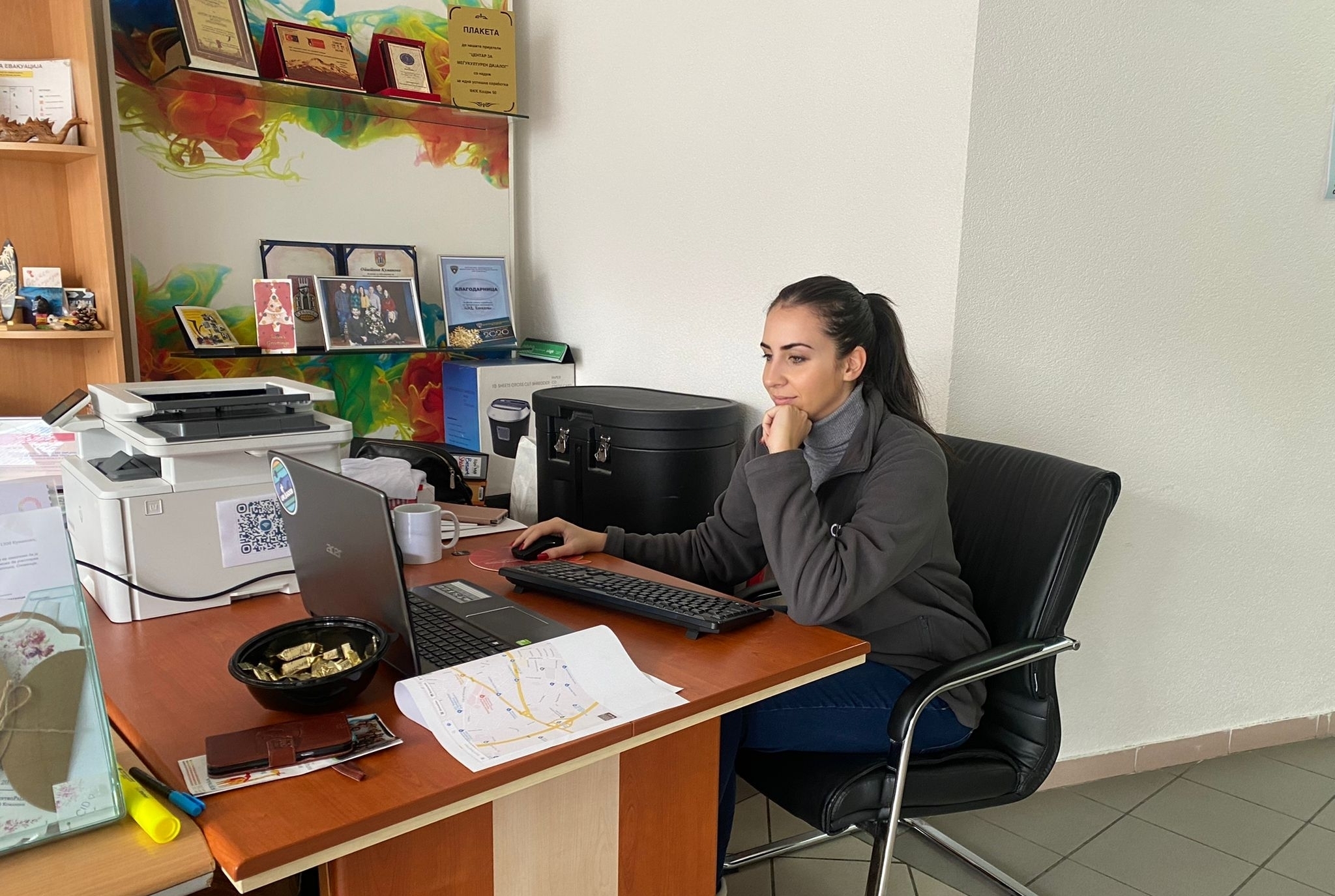