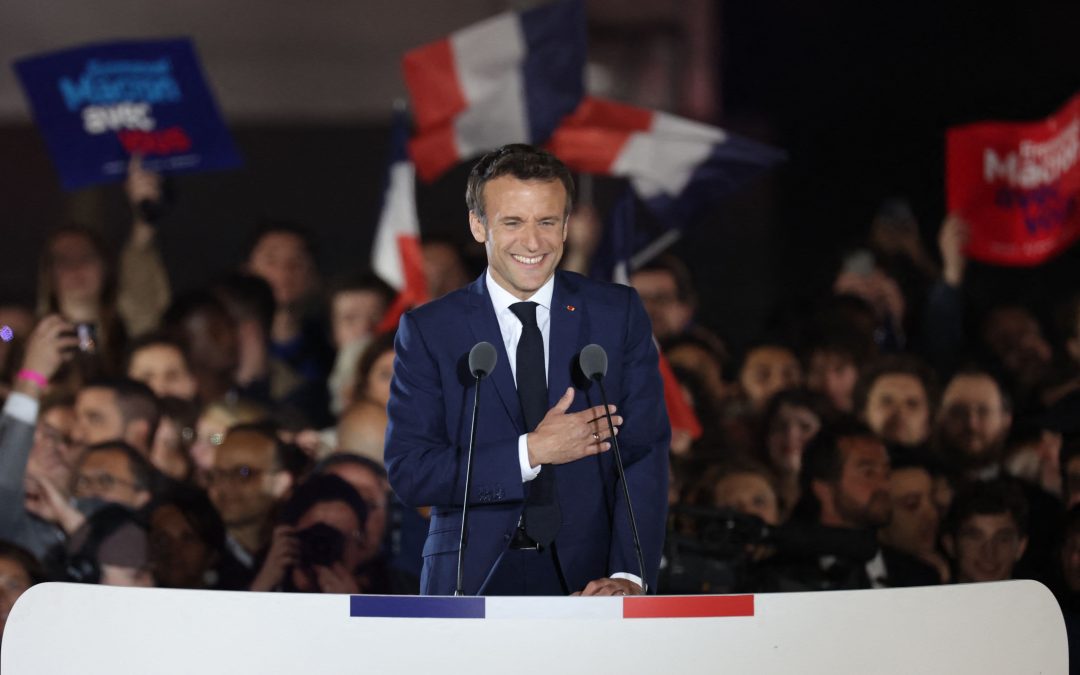 On 10th and 24th April 2022, the French presidential elections were held. The first round didn’t give final results, meaning no candidate won a majority of the voices. Because of that, second round needed to happen. In the first round, Macron took the lead with 27.9% of votes, followed by Le Pen with 23.2%. Others following were Jean-Luc Mélenchon of La France Insoumise with 22%, and Éric Zemmour of Reconquête with 7.1%. Valérie Pécresse of The Republicans took 4.8% of the vote, and Anne Hidalgo, mayor of Paris and Socialist Party candidate, 1.8%. Both leaders, Macron and Le Pen managed to enter the next phase of elections after the first round on April 10. Both of them began to actively campaign with the aim of winning the second, decisive round that was going to happen on April 24.

The final runoff was definitely a tighter rematch of their 2017 duel. On April 24, Le Pen, leader of the National Rally was defeated by  Emmanuel Macron  from La République En Marche! “In these troubled times, the choice you’ll make this Sunday is more crucial than ever,” Macron said before winning the election. In the second round, Macron beat Le Pen with 58.5% of the vote to her 41.5%. Shockingly, turnout was 72.0%, the lowest in a presidential runoff since 1969, which surprised many. Other thing the public found interesting was the fact that after Jacques Chirac won in 2002, Macron became the first President of France to win a re-election bid. Some opinion polls done before the elections suggested and showed that Macron who was seeking a second five-year term was a front-runner, and with his decisive victory people’s assumptions were confirmed.