Interview with Francois Xavier Rocca, our intern from France 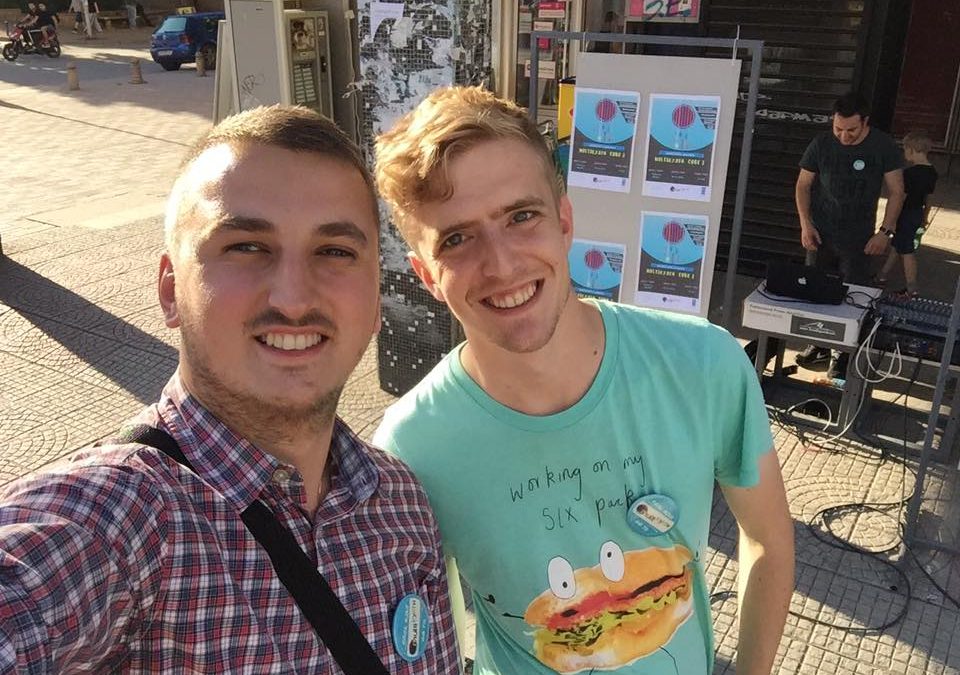 In its 10 years of experience, CID has drawn a lot of its energy and potential from the international volunteers and interns. Between March and July 2016 we had the pleasure to host Francois Xavier, a French intern who spent three months giving it all and discovering the Macedonian culture through the various activities he got involved in. Below you will find some thought that Francois shared with us before leaving (but not for too long, hopefully):

Francois, tell us a bit about yourself.

I am a 26 years old French, I have studied a bachelor in political sciences and a master in European governance. Following my graduation, I started getting involved in a few European organizations which is the way through which I first heard of CID.

Why did you decide to do an internship with CID?

In April of 2015 I went on a Seminar organized by the Young European Federalists in Istanbul where I first met Milosh Ristovski, the Executive Director of CID, who was a trainer there. He told us there about his work and the activities of CID which sounded really interesting. I had the opportunity to meet him again a little bit later that year in Barcelona for another training. Through my conversations with him I gained interest in CID’s activities. Coming from a country where tensions between different ethnic and cultural groups are on the rise, I thought that it was a good opportunity for me to come to Macedonia and see how CID deals with these issues as they have several years of experience in that field, experience that I hope to bring back home and implement to some extent.

What were your main activities as an intern?

I was actually very versatile. The good thing about my experience in CID is that I was given the opportunity to chose in which projects I wanted to get involved. The more memorable parts though were the reopening of the Youth Center MultiKулти in which I participated and I was very happy to do so, the event that CID organized was a success and I take pride to tell myself that I was a part of it, as small as it might have been. Another project I have been involved is the CU TENDA project, in which I, with other CID workers, made videos, in a documentary fashion, about the Vlach people, in that case I was able to use my own contacts in Albania to meet people from that group. Although the project remains far from being finished, I was happy to bring my contribution to it. I did many other things, but it would be a bit long to list them all, these are the two main aspects that I take from that internship, but I was happy to help in all the ways I could during my internship there.

You have been here for three months. Which element of the Macedonian culture surprised you the most?

Well, as a Westerner, even though I lived in Turkey for around a year, I was surprised by the similarities between the people of my country and of Macedonia in my generation. When you live in the Western world you have all these ideas about the Balkans that are steaming from images of the past and the Balkan wars that we were fed when we were kids. That somehow created a prejudice towards my opinion of what I’d find in Macedonia, prejudice that was utterly destroyed the moment I started spending time with locals and going around the country. We are different countries and cultures, that is for sure, but we have a number of common features I wouldn’t have dared to imagine.

I would only like to say thank you for the warm welcome given to me by the CID staff, they have been very helpful all the way and they made my experience in Macedonia one of the greatest I have yet to remember.