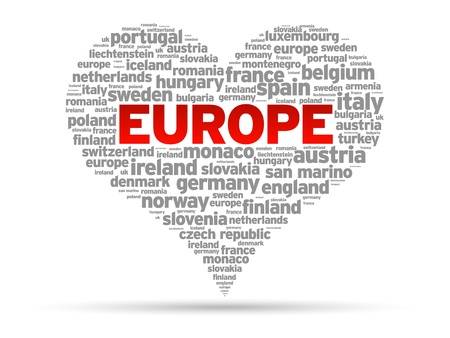 Coordinated by a broad coalition of civil society organisations, the project “European Youth Together: Road to the Future” (EYT-RTF) aims to encourage young people to participate in debates about Europe and vote in the European Elections 2019. As part of the initiative, the campaign “I choose Europe” will be launched by a large-scale youth event for nearly 2000 people in Paris on 16 March. This will be followed by local activities in 13 European countries, many of them connected by a promotional bus tour. An online campaign using social media and an interactive website will allow to collect young people’s ideas about the European Elections and provide them with tools to raise awareness about the importance of the vote. After the elections, young activists will be trained to promote local engagement for the future of Europe in cooperation with local and regional decision-makers.

ABOUT THE YOUTH EXCHANGE

The large-scale youth exchange “I Choose Europe” is co-organized by Animafac, JEF Europe and JEF France with the support of all project partners. It will involve 104 participants and 26 national group leaders from Austria, Belgium, Bulgaria, Finland, France, Germany, Greece, Italy, FYR Macedonia, Malta, Poland, Slovenia and Spain. Each national group will consist of 8 participants and 2 group leaders. The leaders will be chosen from among applicants and will be responsible for coordinating group activities in coordination with the organizers. The participants will be invited to engage in discussions and intercultural activities related to the European Elections and contribute the the preparation of the campaign “I Choose Europe”. The 5-day programme will allow them to understand the goals and methods used in the campaign, familiarizing them with chosen youth engagement tools and developing their skills to promote European debate in their own communities. The participants will also have the opportunity to prepare and present Europe-oriented activities during a high-visibility youth event for nearly 2000 people in Paris on 16 March that will officially launch the campaign.

Travel costs will be reimbursed up to 200 euros.